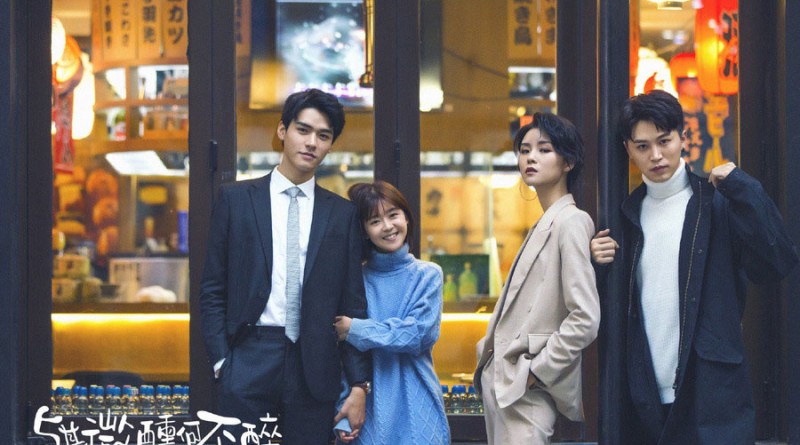 This is the recap for 2019 Chinese drama Instead of Tipsy Why Not Get Drunk: Episode 1. Wei Xun is good wine reviewer but he is known with bad temper. He tells the businessman that his wine is only worth of 100 yuan, when the businessman wants to sell the wine with higher price.

Instead of Tipsy Why Not Get Drunk: Episode 1 Recap 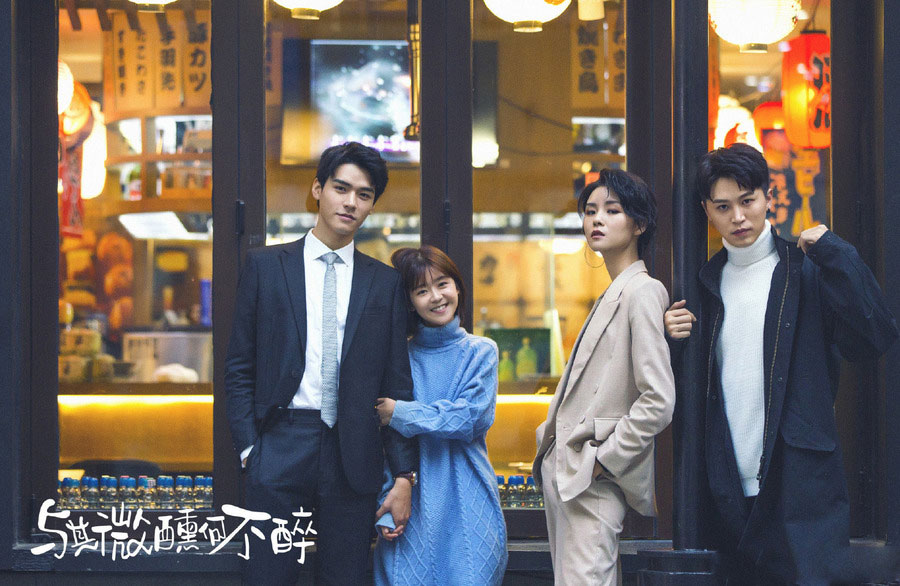 Wei Xun is good wine reviewer but he is known with bad temper. He tells the businessman that his wine is only worth of 100 yuan, when the businessman wants to sell the wine with higher price.

Bu Zui defeats three men in the drinking game, and she goes out. Mr. De and his men are waiting for her, and he takes out the money from her bag. But he isn’t satisfied with the amount, and gives her the deadline.

Bu Zui reminds Mr. De not to startle her father because his health isn’t good. He refuses to raise her father, and complains that it was hard for him to wait her in the evening. Mr. De leaves, and Bu Zui takes out the cashes from her pocket. She thinks she is vert clever.

Bu Zui eats the spicy dry tofu and lemon, and she complains that she cannot taste out the flavour. She looks at the group photo of her and her senior, and wonders why he went.

Bu Zui helps her father to calculate and finds out that he added extra zero.

The man asks Bu Zui to drink up the wines on the table. She thinks it’s simple and wins. She goes out and runs into her friend. She reveals the wine is different from other wines, but the friend wonders why she could taste out when she doesn’t have the sense of taste.

Bu Zui intends to leave but her glass bottle hits the pillar. The friend thinks Bu Zui’s bottle is broken, but she says that it’s a secret.

Wei Xun drives through when Bu Zui walks across the road. The retroreflector keeps the bottle. Bu Zui notes it and tells Wei Xun to stop his car while running to chase him. But he boosts the speed of his car.

Wei Xun hints Bu Zui his retroreflector, and asks for her photo id. She agrees to it but steps his foot to take back the bottle. She is pleased to step back but the car drives through. Wei Xun carries Bu Zui for saving her, but they have a kiss by accident.

Wei Xun takes out the water from his car, and rinses his mouth. Bu Zui takes away the bottle and rinses her mouth. She puts the bottle on the car, and the two agree not to see each other again. Bu Zui throws the cashes to the car as the fee of car fixing.

Wei Xun challenges the magician Alexander, and he needs to guess out the real wine from the wines, saving the beauty Meng Lu, who is locked up in the water box. Alexander wants to give the answer to Wei Xun. But Wei Xun rejects it because of his pride.

Bu Zui does the challenge as well and she needs to drink up all of the wines in 60 seconds. She gets a different feeling when she tastes the wine. But Wei Xun is with back luck because he cannot taste out the wine. Alexander worries about Meng Lu and takes the axe. He wants to break the water box to save Meng Lu if Wei Xun doesn’t guess out the right wine.

Wei Xun does it with his memories to wine and pulls out the sword. Meng Luo walks out like a goddess of victory.

Wei Xun keeps drinking but he cannot taste out the flavor. He rages to break the wine bottle, and he is with tears. He sees the younger him walking to him.

Bu Zui keeps eating, and the friend reminds her that she lost for three times. He asks her why he got him to buy her the foods when she cannot taste out the flavor. But she ignores him. So he decides to eat because the money is spent by him, and he needs to eat it back.

Bu Zui intends to continue eating, even though she is full. She worries that she will lose the sense of taste tomorrow, so she wants to eat as many as possible. She thinks the food is delicious, and she is with tears. The friend learns that she has the sense of taste.

The president blames Wei Xun for not giving the manuscript, and Mia intends to get someone else to replace Wei Xun. The president thinks Mia is very outstanding.

Bu Zui keeps eating, and the friend worries about her stomach.

Wei Xun sees Bu Zui talking with the doctor about her sense of taste’s coming back, and he takes her out of the hospital. He takes out the water out of his car, and asks her to taste it. She rejects it as she isn’t silly. He reminds her that fixing fee is 40,000 yuan, and promises to exempt it if she drinks it.

Bu Zui records what Wei Xun said, and she reveals the exact number of the taste. He asks her how she took away his stuff, and she comforts him that it was just a first kiss. She wants to flee, but he kisses her.