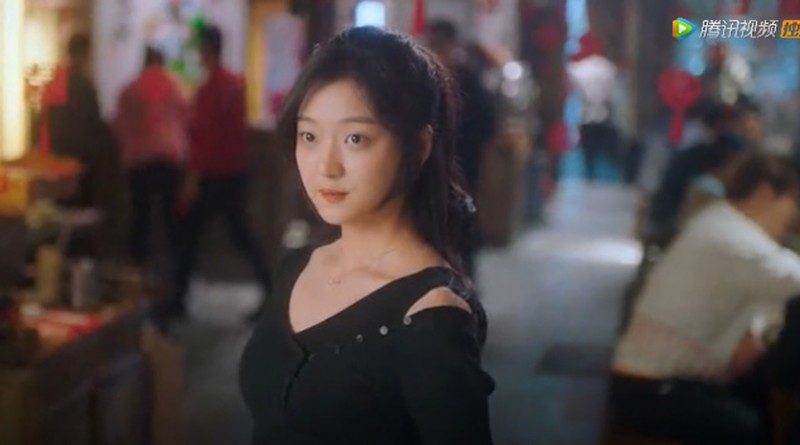 This is the Recap & Review for Chinese drama Way Back Into Love: Episode 2. Ang Yang tells Lu Jia how he and Jia Xiu care for the employees, and takes her to see the area of read and fitness. But she only sees reading, and asks where the fitness is. He lifts the box, and brags that it was what he said to try his best to get most of the benefits for employees. 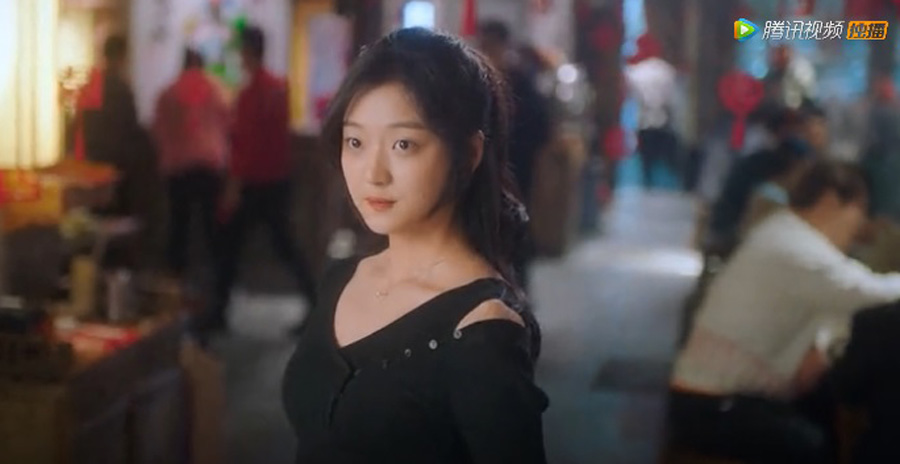 Note: From here on out there are specific plot spoilers for Way Back Into Love: Episode 2.

Ang Yang tells Lu Jia to add some books into the box if she needs more weight. She asks him to show the staff canteen to her. He gets Xiao Da to introduce the microwave oven to Lu Jia, and Xiao Da takes out the potato chips. Lu Jia tells Ang Yang that she doubts the concept of the company. He tells her to adapt to it. She agrees to it, and tells him to take him to see the office area.

The workers wave to Lu Jia, and she asks what business the company is running. She learns that they’re doing outsourcing, and Ang Yang explains that they can do the business themselves when they’re rich. Lu Jia asks about Lan Jie. He explains that Lan Jia doesn’t work there, and reveals they don’t have human resources. She asks about the finance director, and he tells her that the finance director resigned before she came.

Lu Jia is furious to break into Jia Xiu’s office, and thinks she was so smart not to sign the contract. She tells him that she gives up the position. He gives her the new contract, and tells her that she is the Chief Financial Officer. He tells her that she doesn’t have too much time to think about it as Lan Jie has posted the recruitment information.

Jia Xiu gets a call from Lan Jie, and he tells her that he is free. Lu Jia signs the paper after knowing she doesn’t have to take the probation period. She asks him to take care of her, and decides to leave. He tells her to read the employee handbook. She promises it and flirts with him with eyes. He talks to the phone that he won’t let her leave when she is in his hands.

Lu Jia feels happy while taking the contract, and Ang Yang praises her for being the finance director since she just comes to the company. He takes her to get the office supplies. She reads the employee manual, and wonders why the company forbids office romance when it’s just a small company.

Ang Yang reminds Wang Di to be careful as Jia Xiu’s hearing is great. He says that he will remember it if he hears it as he is Scorpio. But Lu Jia thinks Jia Xiu is very nice, and reveals she scolded him. They employees think it’s impossible. Ang Yang tells Lu Jia not to offend Jia Xiu as his best friend, and thinks she will be in trouble if Jia Xiu writes it on the notebook.

Lu Jia returns home, and Lao Lu asks her about the company. She says that her salary is increased and she is finance director now. He asks her if her boss is a male. She says yes, and tells him that the person is Jia Xiu. Lao Lu remembers Jia Xiu was the boy who always got best score. He reveals he caught him when he was dating the girl Shan Ni in the woods.

Jia Xiu calls Lu Jia and tells her to complete the financial statement. She thinks he takes the debt of Shan Ni on her, and thinks he is so mean.

Lu Jia is late, and she asks Jia Xiu not to record her as they were classmates. But he rejects it, and tells her that he will reduce her salary. Ang Yang arrives, and Jia Xiu lets him pass. Lu Jia asks Ang Yang why he doesn’t record Ang Yang. He tells her Ang Yang gives up his salary for getting the right to be late.

Lu Jia completes the financial statement, and she goes to drink water. But she finds out that her computer is broken. Ang Yang tries to fix the computer. Lu Jia wants to ask Wang Di a favor. Ang Yang stops her and promises to fix it for her.

Lu Jia is summoned to Jia Xiu’s office, and he asks her if she completed her financial statement. She tells him that her computer has been broken. He doesn’t believe it, and he asks for a result. She promises it, and he warns her not to let it happen again in the future.

Lu Jia is furious to tell Jia Xiu that she wants to resign. But he tells her to give him the compensation. Wang Di tells Lu Jia that her computer cannot be fixed. She realizes that she has to redo financial statement. Ang Yang goes to take his computer for her.

Lu Jia tells Wang Di to see the computer since it’s scrap iron now. But he tells her that they need to get examination and approval when they deal with the company property. She thinks the company has many weird rules. He thinks what she means is the office romance.

Ang Yang brings his laptop to Lu Jia, and tells her that the one will be fired if he breaks the rule. Wang Di points out that there isn’t anyone who is fired. Lu Jia thinks Jia Xiu treats her as enemy, and remembers there isn’t the term on the contract.