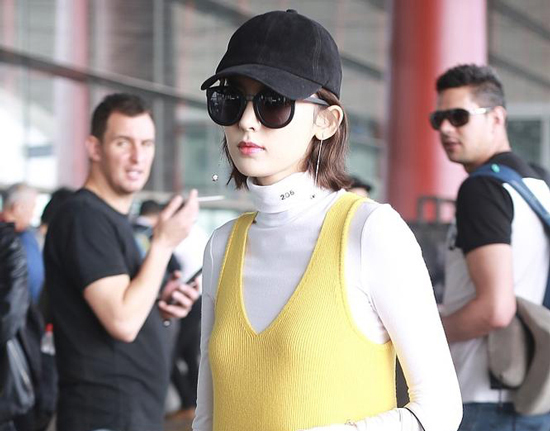 Coulee Nazha appeared at airport on October 20. She wore a sunglasses to cover her face, dressing yellow sweater. She looked pretty, and is tall and slim. However, she didn’t realizes she got second glances from two western guys while walking.

Coulee Nazha is one of top Chinese beauties. She has stunning feet and flawless complexion. As a famous Chinese actress, she and Lu Han starred ‘Fighter of the Destiny’ which is hot drama in 2017.

Coulee Nazha’s boyfriend Zhang Han is famous Chinese actor who and Zanilia Zhao starred ‘Boss & Me’ in 2014. His current drama is ‘The Legendary Tycoon’. 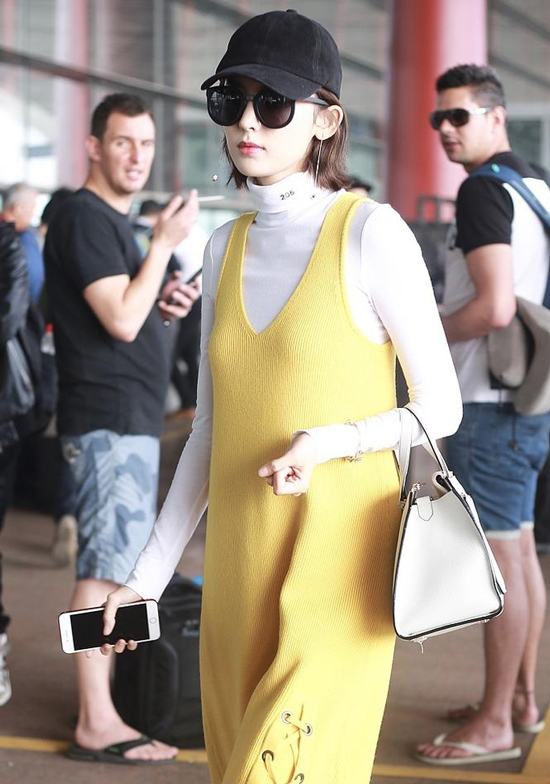