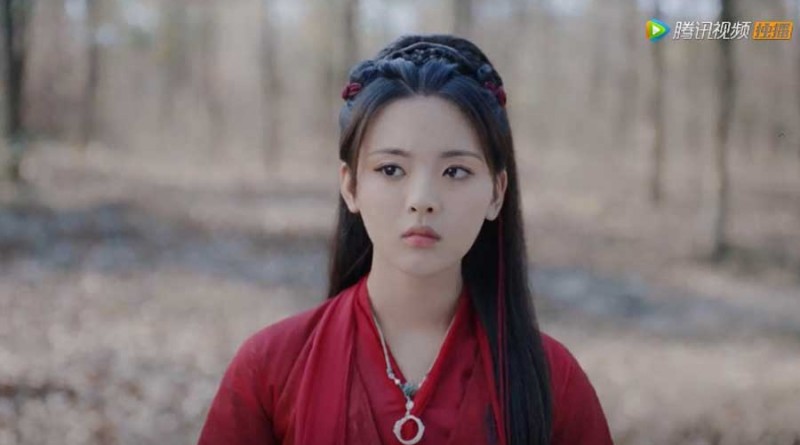 This is the Recap & Review for Chinese drama Dance of the Phoenix: Episode 1. Feng Wu holds the spirit ring and sees Mu Jiuzhou. She asks him if his spirit power is very powerful. He turns around and tells her not to use it to hurt people even if she owns the spirit power to rule the land. 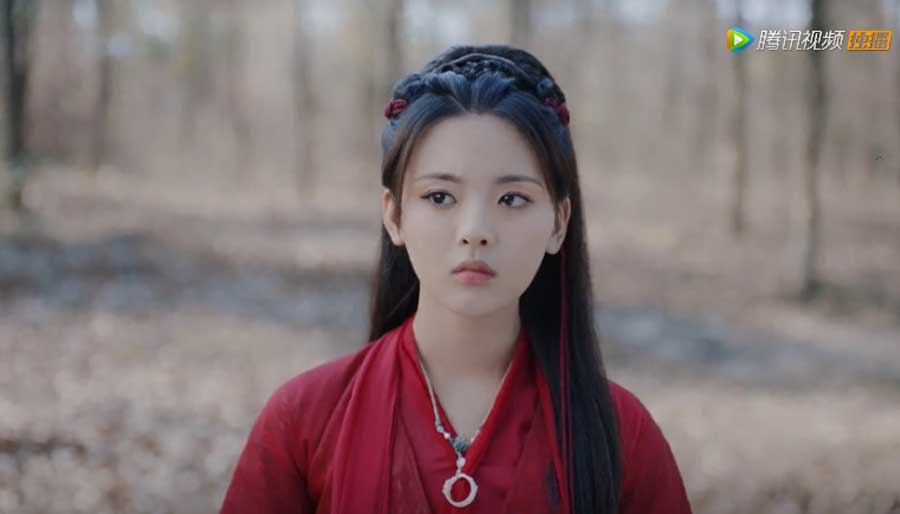 Note: From here on out there are specific plot spoilers for Dance of the Phoenix: Episode 1.

Feng Wu tells Mu Jiuzhou that she wants to follow him, and reveals she always get mocked for not having a Dad. She wishes to be improved the spirit power and protect her beauty mother. She swears to do good things with her power. She asks him to promise her.

Mu Jiuzhou thinks it’s fate to let her find the dragon and phoenix ring. He asks her to be his disciple. But the thing cannot be known by anyone.

Zuo Qingyun thinks Feng Wu was lucky because she owned phoenix blood. She tells Feng Wu that she will keep her life if she promises not to return to Yuan City. Feng Wu rejects it. Zuo Qingyun stabs Feng Wu and tells her that her name is called Zuo Qingluan from now on. She claims that she is the only true phoenix in Qianyuan Land. She pulls away her sword. Feng Wu falls from the sky.

Feng Wu wonders if she is going to die. Mu Jiuzhou saves her and wakes her up. But she doesn’t recognize him. He thinks it’s heaven’s plan, and casts his phoenix blood into her forehead. He tells her to eat spirit fruit if she wants to train herself again.

Feng Wu is confused. Mu Jiuzhou tells her that he knows she doesn’t belong there, and she is Feng Wu now. He tells her to live well if she wants to know why she came there. He leaves. Feng Wu yells at him and asks him to explain it since he’s her master. His soul gets in the dragon and phoenix ring. She wonders why she is in tears.

The maid tells Feng Wu that their business doesn’t run well after the pharmacy was opened in front of them. Feng Wu sees the man flirting with the girl at the street. She tells the maid that they won’t have worried about the money for three years if they get the order.

Feng Wu blocks the man’s way and tells him that his face doesn’t look well. The servant doesn’t believe what she says as the man is the son of the city chief. She asks the man if he pees in the evening, and thinks he cannot keep his wealth and position.

The man asks Feng Wu if she has the way since she saw his illness. She tells him that the medicine is expensive. He says that he’s very rich. She gives the medicine to him, and reminds him to take care the medicine bottle well as there isn’t another one.

Demon King tells his followers to stop Jun Linyuan as he doesn’t want him to get spirit fruit. The followers block Jun Linyuan, Xuan Yi and Feng Xun’s way, and attack the three. Jun Linyuan breaks the seal with his sword. Feng Xun hears the voice of Flame Eagle. Xuan Yi mentions Spirit Fruit is taken care of by Flame Eagle.

Feng Wu breaks into Mr. Ba’s room and almost makes him trip. She asks him if there is any progress of Spirit Pill. He tells her that it’s useless without Spirit Fruit. She asks him when she can train herself. He tells her that the Spirit Fruit is ripe in Frozen Forest, and many spirit men arrive at the border. He thinks she will be eaten by the beast if she gets in Frozen Forest with her weak body.

Feng Wu learns that she can find Spirit Fruit once she gets in Frozen Forest, and wonders where she can find the place. Mr. Ba mentions many spirit men went to Cloud Hotel, and tells her to catch the chance to join the group. She wants to leave. But he keeps her. She tells him that she doesn’t have time to cook for him. But she brought the wine. He lets her leave after getting the wine.

Holy Empress visits Holy Emperor and tells him that she wants to prepare magic tools for Jun Linyuan. But he tells her that Jun Linyuan has left. She mentions there are many fierce beasts in the Frozen Forest, and asks if Jun Linyuan will be in danger. He tells her not to worry about it as Xuan Yi and Feng Xun left with Jun Linyuan.

Holy Empress mentions Jun Linyuan isn’t good at swimming, and thinks it will be safe if the two accompany him. She adds that Holy Son is the hope of their clan and he cannot be hurt. Holy Emperor says that Holy Son is with potential to level up to Spirit Great Master when he’s still young. He thinks there isn’t any person who’s with the vitality except Mu Jiuzhou.

Holy Emperor thinks it will boost his spirit power if they can make the immortal pill first, and the Dark Palace won’t catch the chance to hurt people. Holy Empress thinks what he said is right. She wishes Jun Linyuan to get Spirit Fruit as Holy Emperor’s birthday is coming. So he will make him happy. He swears to make top pill if he gets Spirit Fruit.

Feng Wu thinks she should give it a try since she got the clue. She intends to go to Cloud Hotel tomorrow. Mom waits for Feng Wu, and she runs to her. Mom blames Feng Wu for her late, and mentions she told her not to run around as there’re many beasts. Feng Wu explains that she went to visit Mr. Ba and he asked her to cook meat for him.

Feng Wu reminds Mom that Mr. Ba had grace to them, and mentions what she said to repay grace as a human being. She tells her not to get angry. Mom tells Feng Wu not to make her worry about her, and thinks she will be die if she’s caught by beasts. She doesn’t want to be the looks that she is dying to be sent back.

Feng Wu has a dream that Mu Jiuzhou tells her to catch the chance to take Spirit Fruit. She asks him if she will know who she is when she gets her spirit power back. He doesn’t reply her but tells her that he does the best plan for her.

Feng Wu wakes up and learns that she saw her master. She thinks she is too nervous, and goes to drink tea. But she realizes that it’s the warning of her master, and thinks she should get the Spirit Fruit.

Feng Wu dresses up to be a beggar. The maid asks Feng Wu if she really wants to go out in such way. She thinks she should be in low profile as she is going to do a big project. But the maid points out that Feng Wu’s looks isn’t related to low profile, and wants to apply some oven ashes on Feng Wu’s face.