“First Romance” is a Chinese drama which tells a story about the girl Xiong Yifan has loved the piano genius Yan Ke for many years.

Wan Peng and Wang Yilun are the lead actors.

Wan Peng starred the Chinese drama “My Girlfriend is an alien“. She played the alien girl Chai Xiaoqi.

Wang Yilun starred “I hear you” in 2019. The drama aired on Netflix. 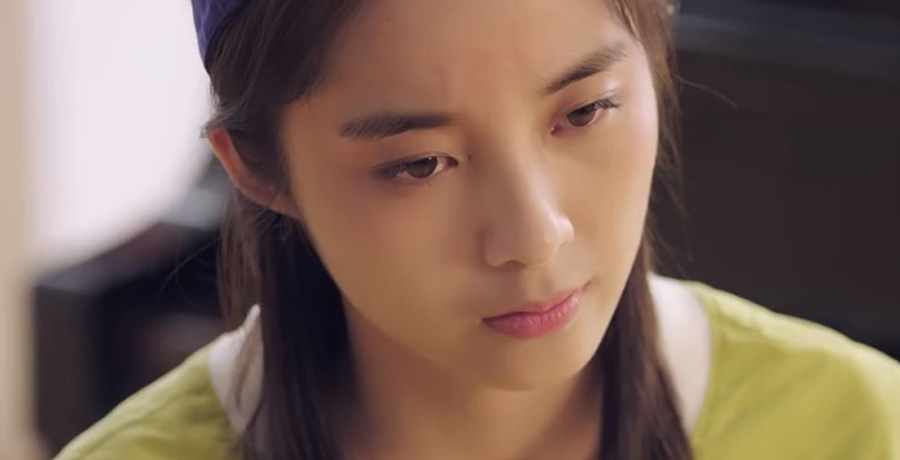 Xiong Yifan is a girl who is with great power. She has loved Yan Ke since she met him in high school. She doesn’t give up when she gets into university, and tries to confess her feelings to him.

Yan Ke was harassed by a boy. He doesn’t know the boy is Xiong Yifan. Because she wore someone else’s clothes, and she changed her hairstyle.

She is a javelin student who loves Yan Ke and tries to tell him her feelings.

He is a piano student who looks for his best friend.

She is the best friend of Xiong Yifan. She teaches her how to pursue Yan Ke.

Yi Fan wears the red dress and prepares to confess her feelings to Yan Ke. But she throws her heel to the ceiling for preventing the stuff from hitting him. The heel hits his head. Teacher Wang asks Yi Fan and Yan Ke to be the monitor they agree to it.

The girl tries to confess her feelings to Yan Ke. He pretends to not hear what she says. Yi Fan carries the box passing by. He carries the box for her, and gives her a candy. The foot competition begins. Yan Ke cheers Yi Fan up, and she wins. She feels happy.

But Ding Ming scolds Yi Fan for not taking the chance to be close to Yan Ke as there’re many girls who are pursuing him. Yi Fan and Yan Ke team up to take part in the couple race competition. But Yan Ke trips. Yi Fan carries Yan Ke and wins the competition.

Yan Ke keeps thinking of Yi Fan as he finds out that she looks like his first love Xiao Song. Teacher Tang tells Yi Fan to get the students to try on the costumes. But the students are having lunch. So she does the job for them. Song Hua tells it to Yan Ke.

Yan Ke goes to the hall and sees Yi Fan who wears men clothes. She bumped into his arms just like what Xiao Song did to him in the rain day. Yan Ke is panic to run away.

Yan Ke sees Xiao Song at the bus stop. So he encourages himself to call him. He sees Yi Fan and Xiao Song. He realizes that his first love isn’t a boy but a girl. He resisted Xiao Song’s pursuing because he mistook her as a male.