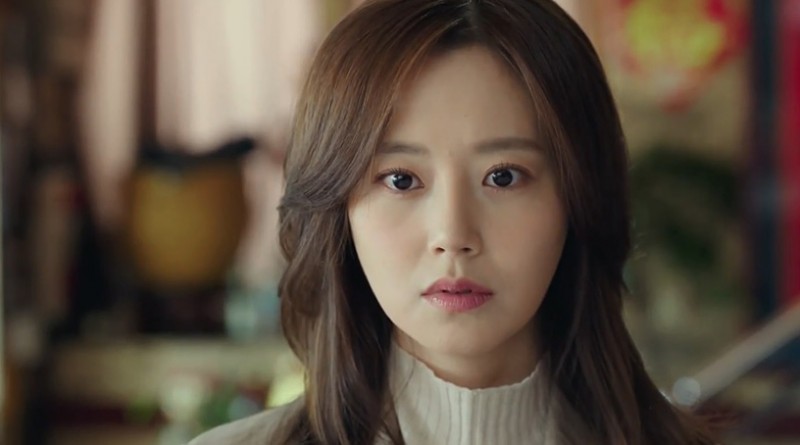 This is the Recap & Review for Korean drama Flower of Evil: Episode 3. Hee-Sung is making the couple rings in his workshop. Ji-Won walks in and brings the beer to him. She asks him where he learned the skill as he told her that he didn’t go to college. 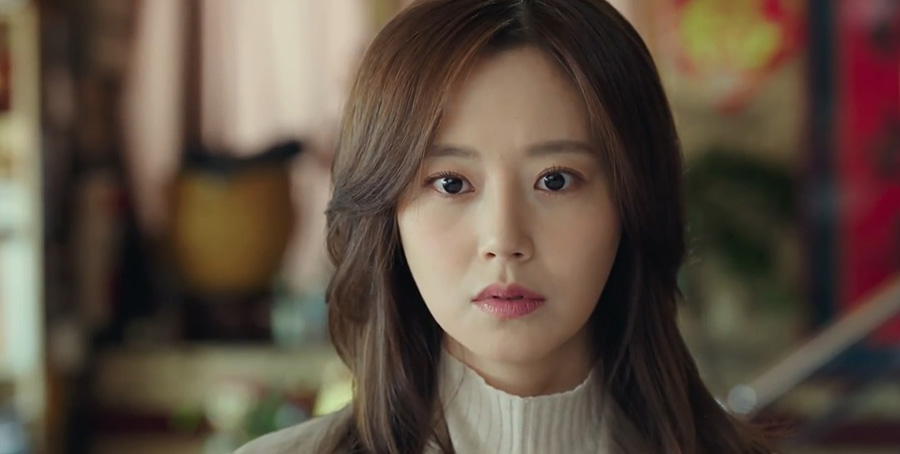 Note: From here on out there are specific plot spoilers for Flower of Evil: Episode 3.

Ji-Won asks Hee-Sung if there is any academy that teaches him the skill. She takes a photo of him, and wants to post it on her social media account. But he takes away her phone and asks her to delete it. She does it and says that she doesn’t know that he didn’t like taking photos.

Hee-Sung asks Ji-Won why she wanted to check his background. He asks her if someone told her to gather information about him. She drinks the beer and tells him that she likes him. He is stunned. She asks him if he likes her as well, or he needs some time to think about it. But he tells her to get out.

Hee-Sung returns home with raincoat. Ji-Won asks him why he returns at this hour. He explains that it’s raining outside, and he worked at his workshop because he couldn’t fall asleep. So he went to buy beer. She mentions what he said that he would gain weight.

Ji-Won takes a look at the beer, and mentions Hee-Sung was angry at her when she told him that she loves him. He laughs, and she asks him if he hated her so much. He tells her that he just felt awkward as nobody said it to him before. She pinches his face and thinks he is naive.

Ji-Won thinks this is why she cannot talk to Hee-Sung about her past. She tells him that he will be shocked. But he is interested in it.

Moo-Jin is tied up. Hee-Sung feeds Moo-Jin the sushi and asks him if it tastes okay. Moo-Jin eats it up and says that he doesn’t care if it tastes good or not. He adds that he just eats it to stay alive. Hee-Sung tells Moo-Jin that it will taste good, and reveals he went to his neighborhood to buy it. He tells him that the gimbap will be the last meal found in his belly when the doctors do an autopsy.

Moo-Jin throws out what he eats, and he sees Hee-Sung taking out the pill. He asks him if he can kill him easily. Hee-Sung thinks it’s not easy to move Moo-Jin after he takes the sleeping pill. He forces him to drink the medicine. Moo-Jin asks for help, and he tries to tell people that he is in the basement.

Moo-Jin cries and asks Hee-Sung not to kill him. He promises to do everything he asks. Hee-Sung shows the article to Moo-Jin, and thinks he has a video of a murder. Moo-Jin tells Hee-Sung that he will forget that he met him, and promises not to come near him. He begs him for letting him leave. Hee-Sung tells Moo-Jin that he wants collateral. He says that he doesn’t trust people.

Ji-Won arrives at the Chinese restaurant, and finds out that Soon-Gil is dead on the floor. She asks the police if he checked for Soon-Gil’s thumbnail. He shakes his head. She takes a look at the footage, and thinks the murderer looks like Hee-Sung.

Chief Kang asks the people if it’s a camouflage like Seo-Young. Sang-Pil thinks it’s different from the evil woman. Woo-Cheol mentions the brand and pattern of the rope Min-Seok tied around the victims’s necks in 2020 were not disclosed to the press. But the killer used the same tool Min-Seok used.

Ji-Won reveals Seo-Young killed people in a moment of passion, and points out that it was premeditated in the footage. She thinks the killer tried to show up how similar he is to Min-Seok. Jae-Sub mentions Min-Seok killed seven people.

Chief Kang thinks it may turn into serial murder, and he wants to transfer it to Metro. But Woo-Cheol thinks they can catch the killer because he was too reckless about choosing his victim.

Woo-Cheol returns to his office, and asks Ho-Joon to tell him about Soon-Gil’s family. Ho-Joon reveals Soon-Gil has a wife who fainted from the shock and is recovering in the hospital. Woo-Cheol asks Ho-Joon about the last person Soon-Gil spoke to.

Detective Oh reveals he cannot reach Moo-Jin because his phone is off. He adds that the last time Moo-Jin used his phone was at 5pm yesterday. Woo-Cheol tells Ji-Won and Ho-Joon to locate Moo-Jin. Moo-Jin turns over his chair in the basement, and he climbs to the glass.

Hee-Sung walks in Moo-Jin’s house and copies the files from the laptop. Ji-Won meets with Moo-Jin’s leader Pil-Young. Pil-Young tells Ji-Won that Moo-Jin didn’t show up for work for two days. Ji-Won asks Pil-Young why she didn’t report him for his missing. Pil-Young explains that everyone comes in on Mondays for the editing meeting, but they don’t have to come in before Thursday for the deadline.

Ho-Joon thinks reporters don’t usually turn off their phones. Pil-Young laughs and reveals Moo-Jin does so and takes a trip. Reporter Joo brings the coffee and thinks her colleague is locked up in the bathroom. She adds that Moo-Jin once told her the bathroom door broke, and he was trapped inside.

Hee-Sung watches the footage that Hae-Soo takes Moo-Jin to the house. He realizes that Moo-Jin lied to him. Ji-Won visits Moo-Jin’s house, and she finds the foods outside. Ho-Joon thinks Moo-Jin hasn’t come out. Ji-Won gets the workers to break the door. They walk in the house and look for Moo-Jin. But they find out that nobody is inside.