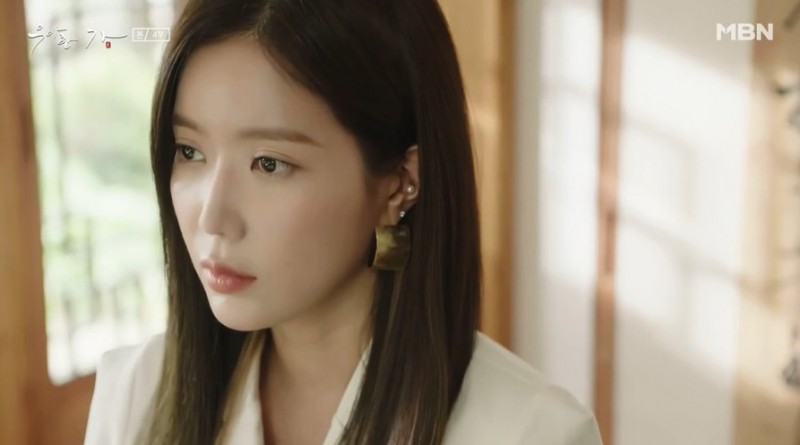 This is the Recap & Review for Korean drama Graceful Family Episode 4. Wang-Pyo tells Je-Kook that he will get Seok-Hee to inherit MC Group, and he wants her to aid Seok-Hee. Je-Kook points out that Seok-Hee is still young, and asks to wait a little longer and make the decision. 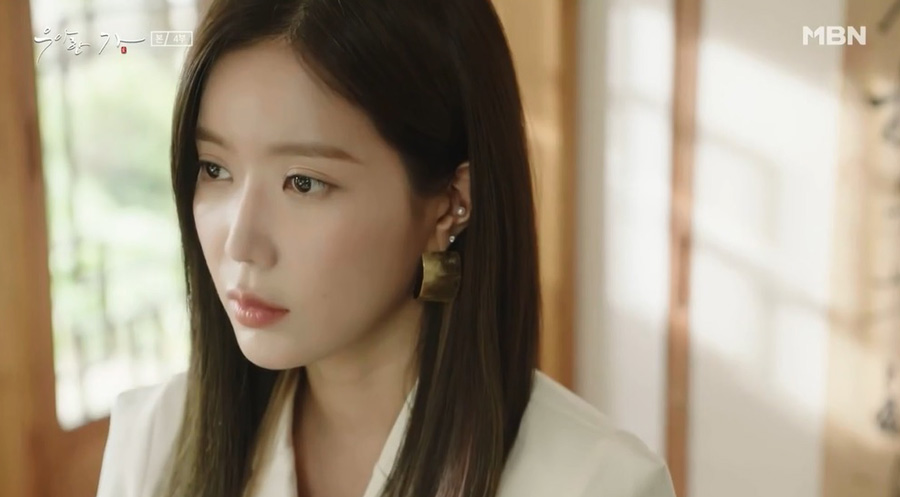 Note: From here on out there are specific plot spoilers for Graceful Family Episode 4.

But Wang-Pyo believes Seok-Hee is a perfect leader for the company. Je-Kook says that MC Group needs stability instead of change, and tells Wang-Pyo to think about it. He reveals Lawyer Yoon wrote out his will, and he’s giving his shares to Seok-Hee. He tells her to take a look at the paper.

Wang-Pyo gets in the car. The driver tells Wang-Pyo not to trust Je-Kook. Wang-Pyo says that he won’t put all eggs in one basket, and Je-Kook isn’t the only one he relies on. He asks him to take him to his vacation home.

Cheol-Hee gives the wine to Je-Kook and asks her why she sneaked out his dad’s will and gave it to him. She thinks MC Group shouldn’t be swayed by decisions based on personal emotions. He asks if the accident was just a coincidence. She tells him to think something which makes him happy. He stares at her and hopes her to continue to love MC Group more than he does.

Cheol-Hee laughs and asks Je-Kook what floor she wants. She says that she will use the same floor as him.

Seok-Hee arrives at the hotel with Yoon-Do. The man gives the key to Seok-Hee, and stares at Yoon-Do. Yoon-Do tells the man that it’s not what he thinks. Yoon-Do follows Seok-Hee and arrives at the elevator. But she tells him to buy her some underwear.

Yoon-Do arrives at the clothing store, and the woman asks him how long he has known Seok-Hee. He says that it’s been one month, and she asks him if Seok-Hee is pretty. He says yes but thinks Seok-Hee has a bad temper. He asks her why she asks about it. She gets angry and thinks she needs to know what his girlfriend likes so that she can choose her lingerie, and she brags that she has been selling lingerie for 20 years.

Yoon-Do asks the woman if she knows the dress that the hot-tempered people wear, and she thinks bad girls are his ideal type.

Yoon-Do asks Seok-Hee how long she hasn’t showered, and she reveals that she has done it since the day she went to the jail. He thinks she can use a shared bathroom, but she cannot shower with other people, and there was only cold water. He asks her if she would rather smell and be a nuisance to others.

Seok-Hee gets angry and says that she is the only one who went to jail. She tells him to shut up, and thinks he had strong evidence that Tae-Hyung couldn’t deny. Je-Kook calls Yoon-Do and tells him to come back. Seok-Hee thinks Je-Kook must be upset that things didn’t go as she planned. She adds that she was supposed to stay in jail but Yoon-Do got her out without Je-Kook’s permission. She thinks TOP will fire him, and feels sorry.

Yoon-Do smiles and says that he didn’t know she knew how to apologize. She tells him to drop her off at the hospital.

Je-Kook walks in the meeting room, and tells Yoon-Do that he is fired. But he says that he cannot accept it, and he believes that anyone who is innocent shouldn’t be sent to jail as a lawyer. She asks him why he became a lawyer, and he reveals that his dad was tricked by a store owner and a real estate agent. He adds that he lost his deposit and he was kicked out. He says that he feels angry when that happened.

Je-Kook learns that Yoon-Do became a lawyer to fight injustice, and thinks he is an idealist. He disagrees and reveals they became homeless. She tells him that the world doesn’t allow an idealistic lawyer to exist. She asks him if he is a lawyer or a TOP employee. He says that he is TOP’s lawyer, but she points out that TOP employees must abide by TOP’s rules, and TOP decided to leave Seok-Hee in jail.

Yoon-Do says that he may be a TOP employee but he didn’t want to get fired as Seok-Hee’s lawyer because he isn’t an idealist. Je-Kook thinks he is right that he was great at getting Seok-Hee out, and she will take back what she said about firing him. She tells him to continue to take care of Seok-Hee.

Sang-Won thinks it’s an exception, and Kyung-A thinks their plans will be affected because Seok-Hee was released. Joon-Hyuk says that this may happened again if they don’t get the upper hand first. But Je-Kook points out that Yoon-Do proved Seok-Hee’s innocence, and he helped them get a hold of Tae-Hyung’s weakness as a bonus. She says that TOP opens to anyone who is skilled, no matter who he is.

Lawyer Yoon tells Seok-Hee not to go out as they don’t know what will happen. But she tells him not to worry about him as she is back. She asks him if Wang-Pyo’s condition is still the same. Yoon-Ja says that his condition has improved the past few days.

Lawyer Yoon tells Seok-Hee that it’s hard to sell the land right away, and reveals he’s trying to get cash from the loan shark. But the woman is a very picky person. Seok-Hee says that she will meet with the woman, so he wants to arrange a meeting.

Cheol-Hee asks Seok-Hee what she will do to the Minister of Land. She says that she will make sure he’s not re-elected. She thinks it will take some time to designate the greenbelt after a new minister’s elected. She adds that she had spread rumors about the greenbelt, so it will be difficult or the other party to sell their land.