This is the Recap & Ending for Lighter & Princess: Episodes 1-2. Zhu Yun looks for Li Xun. She finds him. She tells him that the one who betrayed should go to hell. He tells her to treat him as a betrayer. She thinks the thing cannot bind him. 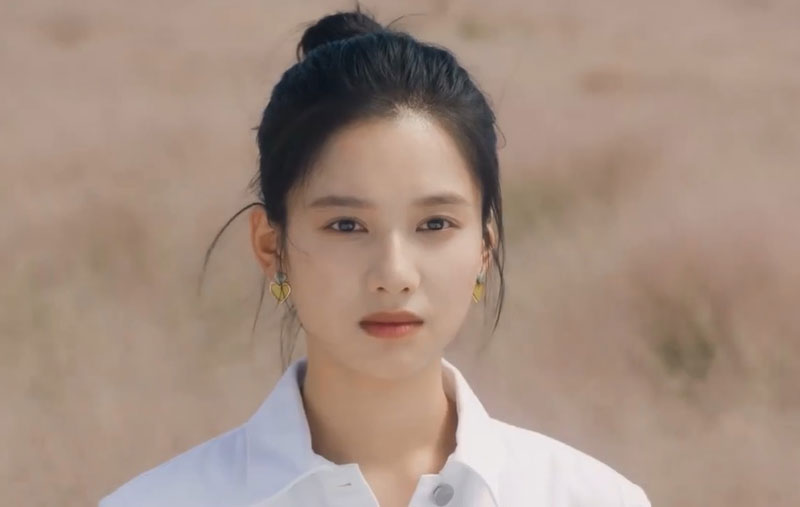 Note: From here on out there are specific plot spoilers for Lighter & Princess: Episodes 1-2.

Li Xun thinks he can deal with the hell because he’s skilled. He tells Zhu Yun that he has never loved her. She wakes up on the plane. She takes out the little pig key. The man asks her if she had a nightmare. She nods and tells him that she’s fine. He tells her to be happy because she’s going to return home. She opens the window of the plane.

Zhu Yun’s mother wonders why Xiu Zhu had time to come back. He explains that he has a business. He tells her that his parents asked him to bring the presents to her. She intends to go to see his parents. Master Zhu takes Zhu Yun home.

Zhu Yun tells her mom that she doesn’t think it too much because she and Xiu Zhu are very busy. Madam Zhu tells Zhu Yun that Xiu Zhu is a good man. Li Xun carries the bag to walk out of the prison. He goes to the hotel to meet with the guy. He goes to the rooftop and burns his clothes.

Zhu Yun tries to open the curtain. Ren Di stops Zhu Yun. She reminds her that she’s a vampire. Zhu Yun tells Ren Di to go to take a bath. She adds that she only gives her one day of time. Ren Di goes to first floor. She notes that Zhu Yun is watching news.

Gao Jianhong thinks Li Xun didn’t come to the company to see his old friend. He asks him what he wants to get. Ren Di thinks Lighter & Princess wouldn’t be like so if Li Xun didn’t get into prison. But Zhu Yun thinks the company runs well.

Ren Di mentions Zhu Yun and Li Xun’s wish to cure cancer with Ji Li. Zhu Yun thinks Li Xun will get what he wants. She believes that he’s such a person. Ren Di mentions Li Xun didn’t have other options. She thinks he had to give the company to Gao Jianhong because he trusted him except Zhu Yun.

Li Xun tells Gao Jianhong that the betrayer should pay the price. He leaves his company. Hou Ning joins Li Xun. He takes him to the restaurant to eat noodles. Hong Ning tells Li Xun that all of friends are bad persons. He thinks they will be rich with their skills.

Zhu Yun drinks wine when Ren Di sings the song. She remembers she told Li Xun to count her no matter what his goal is. Li Xun visits Ren Di after Zhu Yun left. She hands over the wine to him. She asks him if he plans to see Zhu Yun. He denies it and asks her if she remembers the words they said at the bar.

Ren Di remembers she told Li Xun that she will repay him if he invests in her band. She realizes that he came to ask her for the money. She’s surprised that he cares for her little money. She agrees to give the money to him. She thinks Zhu Yun was right that he’s such kind of person.

Ren Di tells Li Xun not to bother Zhu Yun’s happiness. She reveals Xiu Zhu accompanied Zhu Yu to come back. She believes that the two came back to get married. Li Xun leaves Ren Di’s house. Xiu Zhu walks to Zhu Yun. He hands over the wine to her. She congratulates him when she sees his painting.

Xiu Zhu tells Zhu Yun that he remembered that she stopped in front of the painting. He adds that it proves that she’s not interested in art. She smiles to admit it. She remembers Li Xun took her to be close to the painting. Xiu Zhu hands over the bag to Zhu Yun. He tells her that phone has been ringing.

Zhu Yun finds out that Ren Di called her. She calls her back and tells her that she won’t come back in a short period of time. Ren Di tells Zhu Yun that she wants Xiu Zhu to take a look at her painting for her. She asks her to come with Xiu Zhu.

Li Xun tries to leave. But he sees Zhu Yun waiting for someone at the cafe. He stares at her. He remembers he took a look at her and told her that the princess should have a fragile heart. He tries to walk to her. But he sees Xiu Zhu. He walks away.

Zhu Yun turns around. She sees Li Xun. She runs to chase him. But he’s missing. Hong Ning asks Zhu Yun if she’s looking for Li Xun. He tells her that he come to take the money. Xiu Zhu refuses to give the money to Hong Ning because he wants to know if he’s related to Li Xun or not.

Zhu Yun catches the guy and asks him where Li Xun is. Li Xun stops Zhu Yun. Xiu Zhu and the guy walk away. Zhu Yun asks Li Xun about his plan. He claims that it’s his business. She asks him where he lives. He mistakes that she came back to get married. He thinks Xiu Zhu is match for her.

Zhu Yun doesn’t know what Li Xun is talking about. He tells her not to feel guilty. He mentions what he said that it’s not related to him no matter who she gets together with. She asks him why he treats her in such a way. She tells him that she realized that he’s a bad person.

Xiu Zhu follows Zhu Yun. He asks her where she’s going to go. She tells him that she wants to return to the hotel. He reminds her that the hotel is far away from them. He persuades her to change the shoes. She agrees to it. The guy finds the key from Zhu Yun’s wallet. He throws the key to Li Xun.

Xiu Zhu walks Zh Yun. He stops her and tells her that he cannot treat it nothing happened that the looks when she saw Li Xun. He thinks she still loves Li Xun. She denies it and tells him that he’s better than Li Xun. She thinks Li Xuan has been a bad person most of time when she thinks about it.

Xiu Zhu asks Zhu Yun if she still hates Li Xun. She shakes her head and walks away. Li Xun goes to see the house. He decides to rent the house. But the landlady rejects it because she doesn’t know who he is. He tells her that he and his friend are killers. He’s happy to walk away.

The guy mentions what he told Li Xun that nobody treats them as humans because they went to prison. He tells him to leave China with him. He asks him if he cannot forget his ex-girlfriend. Li Xun tells the guy Hou Ning that he will let him be a human if he follows him. He asks him to make a choice.

Li Xun finds the house. Hong Ning complains to Li Xun that they spent so much money to rent the small house. Li Xun tells Hong Ning to clean the house alone. He walks out of the house. Ren Di hands over the wallet to Zhu Yun. She tells her that it was given by Li Xun.

Zhu Yun checks the wallet. She finds out that the key is missing. Li Xun walks on the street. He thinks of Zhu Yun. She arrives at South Lake University. He arrives at the university as well. She goes to the house he lived. She sees the key on the door.

Fang Shumiao realizes that the classmate is Li Xun. She thinks Li Xun is insane. The senior tells the students that the one who’s called to get into the room to take the books. He calls Li Xun. Li Xun shows up when he plays the lighter. He passes by Zhu Yu. He takes a look at her and goes to take his books. She thinks he’s too arrogant.

Fang Shumiao and Zhu Yun return to the dormitory. Fang Shumiao complains that Ren Di let them take books for her. Zhu Yun tells Fang Shumiao to get used to it. She puts the books on Ren Di’s table. She goes to the cafeteria with Fang Shumiao.

Li Xun places his food on Zhu Yun’s previous table. He walks away. Fang Shumiao gets a call from Teacher Zhang. She walks away. Li Xun returns to his table. He finds out that Zhu Yun is eating his food. He sits in front of her. He asks her if the food is delicious. She admits it and tells him to go to another seat because she thinks the seat belongs to Fang Shumiao.

Fang Shumiao shows up. She tells Zhu Yun that she put his food to another table because she thought the place is too cold. Zhu Yun takes a look at the food. She tells Li Xun that she will buy him a meal. Fang Shumiao laughs to return to the dormitory. She mentions Zhu Yun ate the wrong food when she just went to pick up a phone.

Fang Shumiao hands over the water to Zhu Yun. Zhu Yun drinks up the water. She thinks she can resolve the problem if she gives the meal money to Li Xun. Gao Jianhong runs into Li Xun in the bathroom. He asks him to give the room card to his friend. Li Xun returns to the dormitory. Zhu Yun is waiting for him. She gives the meal money to him. He accepts the money and gives the room card to her.