These are the Recap & Ending for My Lethal Man: Episodes 1-2. Shen Manning falls into the water. Yan Xingcheng jumps into the water to save her. He shakes her and tries to wake her up. But she loses consciousness. He kisses her and wishes not to encounter her. 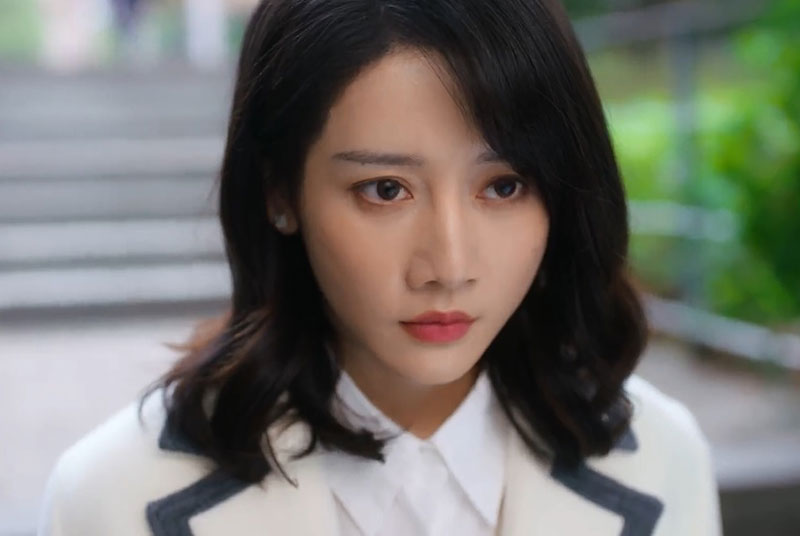 Note: From here on out there are specific plot spoilers for My Lethal Man: Episodes 1-2.

Yan Xingcheng drives and walks in the rain with an umbrella. He gets a call from someone who promises to give him compensation if he can take his money back. Yan Xingcheng comforts the guy that he will complete the task. He goes to see the president. He shows his photo to him when he introduces himself as an investment advisor.

Yan Xingcheng walks out of the hotel. His friends are waiting for him. He gets in the car and goes to the beach. The assistant gets off the car. He reports to Yan Xingcheng that Walter family has gotten all of their money back. He adds that Mr. Walter insisted on giving the compensation to Yan Xingcheng.

Shen Manning admits it. Nana is surprised that Shen Manning wishes to graduate in advance. Shen Manning tells Nana that she wishes to go home early to accompany her father. Nana agrees to it. She forgives Shen Manning. She asks her if she heard the tale of the twins roses.

Shen Manning is in the car with Yan Xingcheng. She remembers the guy told her to take back the shares of South Sea Star and become the real heir.

It flashes back. Yan Xingcheng throws the papers to Shen Manning. He tells her to put all of Zhuang Xinyan’s personal information into her mind. Shen Manning is against it. She thinks she cannot be Zhuang Xinyan in a short period of time. But he forces her to do it. He reminds her that there’re many people watching her. He tells her that they will be killed if someone finds out her identity. She asks him about his goal. He refuses to leak it. He tells her not to ask the things she shouldn’t know.

Yan Xingcheng takes away the note from Shen Manning. He asks her if she wants to tell people that she’s not Zhuang Xinyan. He burns the note and and tells her that she’s Zhuang Xinyan. The assistant watches the news. He learns that Zhuang Jiakai is going to be the president of South Sea Star. He worries about it. Yan Xingcheng smiles. He tells the driver to go to South Sea Star.