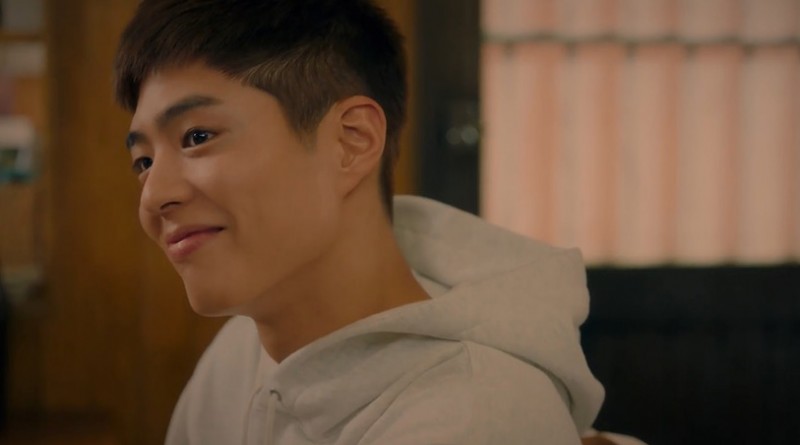 This is the Recap & Review for Netflix Korean drama Record of Youth: Episode 5. Hae-Hyo picks up Jeong-Ha and asks her if she wants to drink the beverages. She rejects it and tells him that she is just a bit nervous. He asks her why she is nervous since he is the one who will be rehearsing. 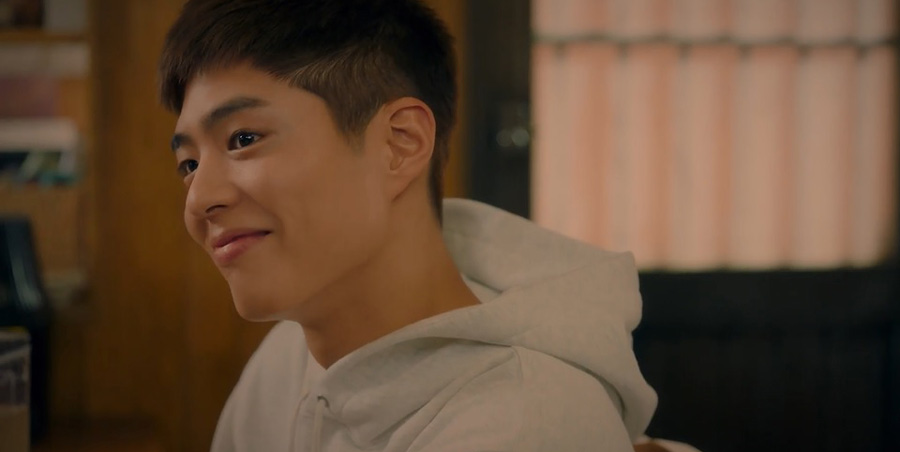 Note: From here on out there are specific plot spoilers for Record of Youth: Episode 5.

Jeong-Ha tells Hae-Hyo that she’s getting close to her dream too early, and her goal is to have her own brand under her name. He thinks her goal is huge, and asks her what it does have to do with her being nervous. She thinks they’re all nameless makeup artists when they start, so they should rely on doing celebrities’ makeup.

Hae-Hyo points out that he isn’t a celebrity. Jeong-Ha thinks he is better than her even if he’s not perfect. She thanks him for giving her the chance, and he tells her to do a good job. She takes away the hair from his clothes, and says that it’s been bothering her the whole time.

Hae-Hyo tells Jeong-Ha to keep the secret that she is the fan of Hye-Jun. But she points out that she and Hye-Jun has talked about it, and thinks there’s only one thing she should be grateful for. He thinks she is so sharp. She says that she doesn’t owe people, and drinks the beverages.

Hye-Jun washes hand in the restroom, and Tae-Su thinks he would’ve taken Hye-Jun to A June Entertainment if he stayed with him. He brags that he bought a building. Hye-Jun tells Tae-Su to move. Tae-Su slaps Hye-Jun’s chest, and thinks he won’t have a chance.

Hye-Jun takes Tae-Su’s hand away, and tells him that he is ancient history to him. Tae-Su reminds Hye-Jun that he has enough power to ruin him. Hye-Jun says that he doesn’t care, and he walks out of the restroom. He runs into Hae-Hyo and Jeong-Ha.

Jeong-Ha asks Hye-Jun if he came with Min-Jae. He doesn’t reply her and asks her if she is there for the read-through. She reveals she must understand the role to do the makeup well. Hae-Hyo asks Hye-Jun if he’s invisible to him, and thinks he is so nice to Jeong-Ha. He asks him when he was ever nice to him. It makes Jeong-Ha think the two are dating.

Ae-Suk drinks the coffee Yeong-Nam hands over, and asks him why he is sensitive over clothes. She points out that people with a lot of siblings grew wearing hand-me-downs. But he points out that I-Yeong isn’t related to Ae-Suk. Ae-Suk thinks a mere stranger is better than his own sibling, and mentions Yeong-Nam’s brother never calls since he paid for his school and wedding.

Yeong-Nam claims that he doesn’t want anything from his brother. Ae-Suk tells him to be nice to his dad as well. He says that he cannot find his generosity when it’s about his father. Min-Ki hears the talk. Ae-Suk tells Yeong-Nam to use the coffee maker to make coffee. But he thinks the instant coffee is the best.

Gyeong-Jun returns home and tells Yeong-Nam that being stressed over coffee will be worse for his health. Ae-Suk asks Gyeong-Jun where he went early in the morning. He says that he went to see some studios, and tells her to quit the job as he intends to give her the allowance.

Ae-Suk asks Gyeong-Jun how he will manage that since he doesn’t make much. He reveals that he has a nice job, and he doesn’t want her to work for I-Yeong. He thinks he would hate it if he was Hye-Jun. Ae-Suk says that Hye-Jun gets no pride since he has high self-esteem.

Gyeong-Jun claims that he is different, and he wants to take care of Ae-Suk when he has a job. She tells him to save the money for his wedding. But he says that he doesn’t have a girlfriend, and he moves to a studio near his office. Yeong-Nam mentions what he told Gyeong-Jun to tell Ae-Suk when he moves out, and thinks they will have a fight.

Ae-Suk is surprised that Yeong-Nam already knew it, and he approved of it. She knows that the rent is very expensive, and worries about Gyeong-Jun’s future. He says that he wants to be happy, and thinks he might die in a car accident. She slaps his shoulder and scolds him for saying that.

Ae-Suk gets angry and thinks Gyeong-Jun is like Min-Ki. Min-Ki hears it again, and learns that Gyeong-Jun takes after him. He doesn’t want him to take after him. Ae-Suk asks Gyeong-Jun how much money he saved up. He says that he is broke as he just started working. She mentions he had a part-time job in college, and asks him if he spent it all.

Ae-Suk says that they paid for Gyeong-Jun’s tuition. But Yeong-Nam thinks it’s their duty as they’re his parents. Ae-Suk points out that Gyeong-Jun spends more than he earns, and thinks he is an impulsive buyer. Yeong-Nam explains that Gyeong-Jun wants to live comfortably on his own without any stress. Ae-Suk thinks Min-Ki did same thing as he neglected his family when he was young.

Gyeong-Jun gets angry and tells his mom not to keep saying that he takes after his grandfather. He thinks he doesn’t need Ae-Suk’s permission. She asks to have a family meeting. But he’s against it as he thinks he moves out with his own money. She throws a fit and tells him to move out.

Ae-Suk says that she has to go to work, and claims that she never expected anything from her children. She tells Gyeong-Jun that she might have to clean up after him until she dies.