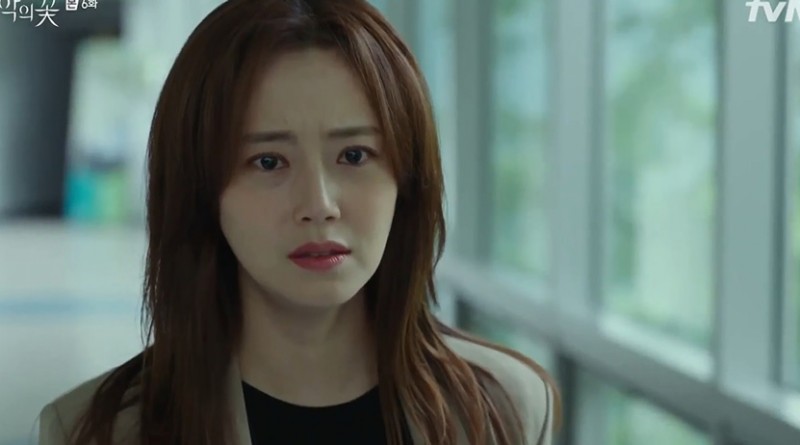 This is the Recap & Review for Korean drama Flower of Evil: Episode 6. Hee-Sung talks with someone over the phone when he is driving. He hits Hyun-Soo, and wants to call an ambulance for him. But Hyun-Soo stops Hee-Sung and asks him not to send him to the hospital. 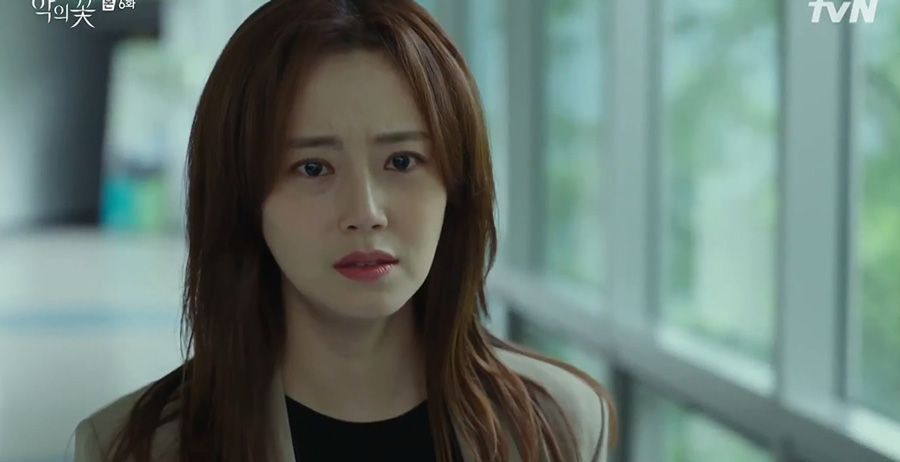 Note: From here on out there are specific plot spoilers for Flower of Evil: Episode 6.

The doctors are trying to save Hyun-Soo. Ji-Won sees the scene and she cries. He remembers he told Hae-Soo not to look for him, and he said that he won’t live as Hyun-Soo anymore.

Hyun-Soo wakes up and tries to run away. But the police spots him, and wants to take him back to his room. Hyun-Soo pushes the police over, and continue to flee. But he runs into Ji-Won. She runs to him and gives him a hug. He comforts her that he is fine when she tears up.

Moo-Jin asks Young-Hee if it’s true that she witnessed Min-Seok being abducted. But she hangs up. The doctor tells Hyun-Soo that he might experience a fuzzy memory or memory loss, and asks him about his daughter. Hyun-Soo is surprised that he has a daughter. Eun-Ha cries and asks Hyun-Soo why he doesn’t recognize her.

The doctor tells Hyun-Soo that his memory comes back in a reversed order. Hyun-Soo laughs to hug Eun-Ha, and tells people her details. She is in his arms and tells him that she hates him. Young-Ok comforts Ji-Won that her husband is fine.

Man-Woo arrives and asks Dr. Shin about Hyun-Soo. Dr. Shin wants to force Hyun-Soo to go home as he made a fool of his doctor. He tells Man-Woo that Hyun-Soo’s recovering very quickly, and he leaves. Young-Ok asks Man-Woo if he worries about his son.

Man-Woo smiles and thinks Hyun-Soo doesn’t need the machines. He asks him if anything bother him. Hyun-Soo says that he is fine and he feels sorry for worrying Man-Woo. Mi-Ja is furious to show up, and scolds Hyun-Soo that his life isn’t his. Man-Woo stops her and reminds her that Young-Ok is there.

Mi-Ja greets Young-Ok. Young-Ok says that she feels relieved as Hyun-Soo is fine. Mi-Ja thinks Ji-Won should tell her that her mother was coming. Ji-Won feels sorry. Mi-Ja tells Young-Ok to leave as she wants to be with her family. Young-Ok gets angry and thinks they’re all a family.

Ji-Won stops Young-Ok and tells Eun-Ha to go outside. But Eun-Ha wants to be with Hyun-Soo. She yells that she hates mom. Hyun-Soo tells his daughter to listen to Ji-Won if she wants him to go home quickly. Ji-Won takes Eun-Ha away.

Mi-Ja complains that the little rat has such a nasty temper. Hyun-Soo tells her that she is not a little rat. He adds that her name is Baek Eun-Ha. Young-Ok complains that Mi-Ja talks as if her family is some kind of royalty. She notes that Ji-Won is looking at something, and asks her about it. Ji-Won denies and says that she just worries about Hee-Sung.