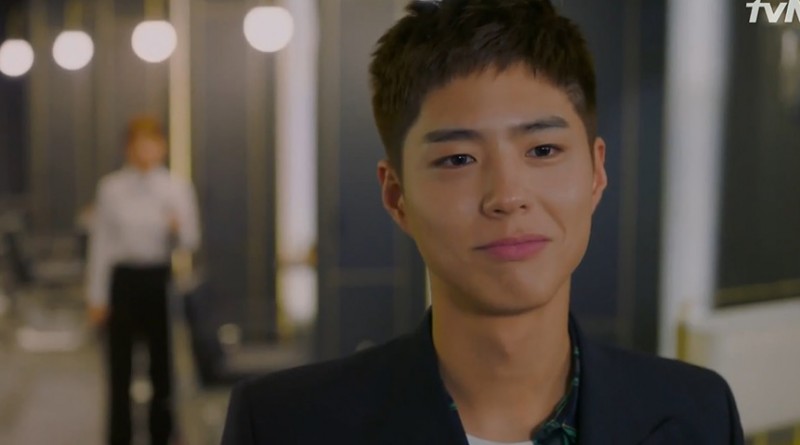 This is the Recap & Review for Netflix Korean drama Record of Youth: Episode 3. Hae-Hyo tells Hye-Jun that they will meet up later. The man tells Hae-Hyo to get changed and thinks he looks like a punk in the outfit he wears. Hye-Jun points out that his friend never looks like a punk no matter what he wears. 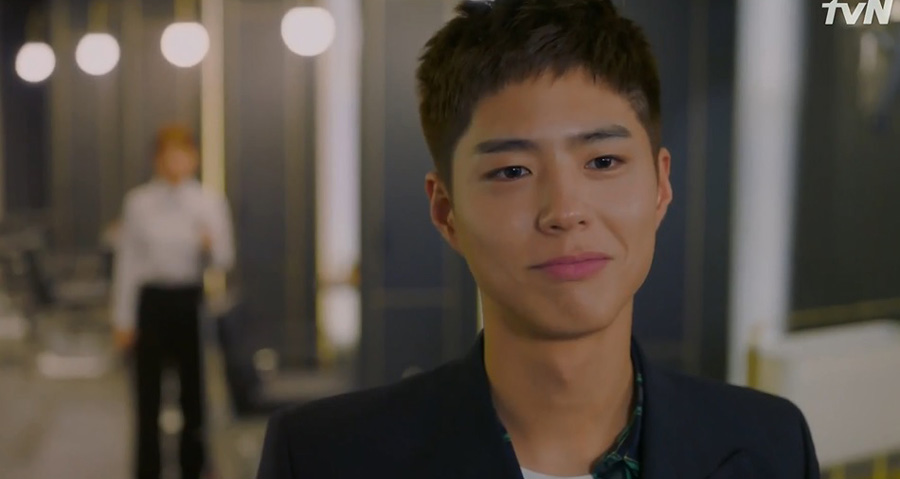 Note: From here on out there are specific plot spoilers for Record of Youth: Episode 3.

Hye-Jun says that he knows Hae-Hyo is trying to help him out, but he thinks something’s flaring up deep inside. He tells him that he didn’t do anything wrong, and says that his self-esteem has hit rock bottom. Hae-Hyo asks Hye-Jun if he did it because he told him to tag along or because of the shoot.

I-Yeong returns home, and Ae-Suk takes the bag for her. I-Yeong says that it’s not fun at all, and she cannot hit the ball. But she has to do it for business’s sake. Ae-Suk thinks I-Yeong enjoys golf more than anything else. I-Yeong gets angry and tells Ae-Suk to say something.

Ae-Suk asks I-Yeong if she enjoyed the golf. I-Yeong admits it. Ae-Suk thinks it’s nice to do what she enjoys until she gets sick of it. She tells her that she would be grateful if she was her. I-Yeong points out that their situations are different, and it doesn’t mean they’re friends even if Hye-Jun and Hae-Hyo are friends.

Ae-Suk talks back that they’re not friends because she is younger than her, and it isn’t the US. I-Yeong thinks Ae-Suk doesn’t have to draw the line like that, and gives her clothes to her. Ae-Suk thinks she cannot hate I-Yeong because she always does so.

I-Yeong tells Ae-Suk that she’s not throwing the clothes out and just doesn’t like them anymore. Ae-Suk says that she wouldn’t care even if I-Yeong was. But I-Yeong thinks it bothered Ae-Suk. Ae-Suk denies and thinks the clothes are better than the clothes she buys.

I-Yeong asks Ae-Suk if she is upset because of Hye-Jun. She thinks his career will be over if he joins the military. Ae-Suk wonders why I-Yeong mentions it, and tells her that she doesn’t worry about her son. She thinks Hye-Jun will figure out what’s best for him.

I-Yeong tells Ae-Suk that she understands her feelings. But Ae-Suk thinks I-Yeong never understands it because their situations are different. She thanks her for the clothes. The bride isn’t satisfied with the makeup Jeong-Ha did to her, and scolds her for it.

Jeong-Ha points out that they talked about all the details and decided everything together. She mentions what she said that she wanted to look natural and elegant. The bride gets angry and reminds Jeong-Ha that she gets married today. Jeong-Ha bows to the bride and promises to redo the makeup for her.

Su-Bin sends Hye-Jun’s new photos to Jeong-Ha, and hopes it can bring some vicarious pleasure. Jeong-Ha remembers what Hye-Jun told her to beat Jin-Ju. He thought she is a fool if she loses in his help. Jeong-Ha thinks she is a fool.

Min-Jae gives the coffee to PD Kim and asks him to give Hye-Jun a chance. But PD Kim points out that Hye-Jun isn’t famous. Min-Jae visits Hye-Jun and tells him that she wants to be his manager. She thinks taking a two-year hiatus will kill his career.

But Hye-Jun says that he has already decided. Min-Jae asks him if he knows why he couldn’t get the role. She adds that the director liked him at first, but they went with Hae-Hyo because he has more followers than him. She tells him that he lost because of popularity, not because of his acting.

Hye-Jun thinks it’s part of Min-Jae’s competence. She takes his hand and asks him to trust her. She says that she has found something she truly enjoys doing when she is over 40. But he rejects it and tells her to go home. She tells him that she even got her business card made, and gives it to him.

Hye-Jun learns that Min-Jae founded a company, and asks who else is at the company. She tells him that he is the only artist. He thinks she wasn’t in her right mind when she did it, and returns the business card to her. He tells her to stick to her plan since it’s her life.

Hye-Jun tells Min-Jae that he won’t join his company, and he intends to walk away. She chases him and yells at him that he’s making a mistake. She tells him to think again for his future sake. Hye-Jun gets a message from Jeong-Ha who tells him that she lost.

Jeong-Ha gets a message from Hye-Jun who mentions what his grandfather said that losing is winning. He thinks she won. The two run into each other at the mall. He walks to her, but she tells him not to come close to her as she thinks people will see them.

Jeong-Ha tells Hye-Jun that she feels down as well. He asks her if she wants to dink something. She smiles. Jeong-Ha stares at the people from the window, and thinks they look happy from outside. Hye-Jun mentions he told her to drink something inside. She says that buying coffee is such a waste of money. He points out that it isn’t her money as he promised to treat her.