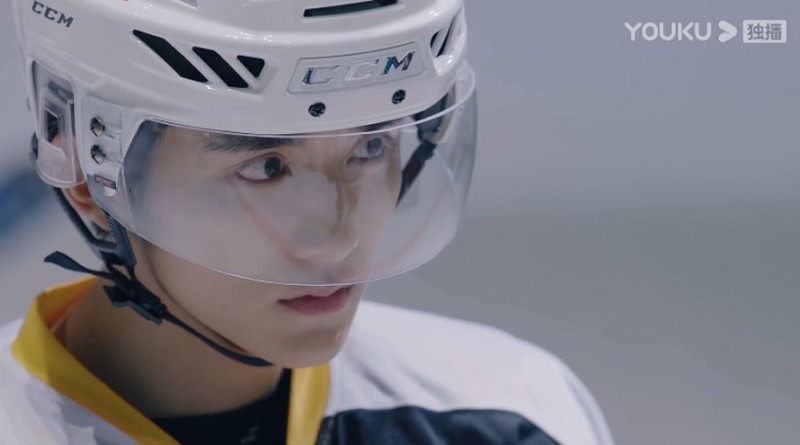 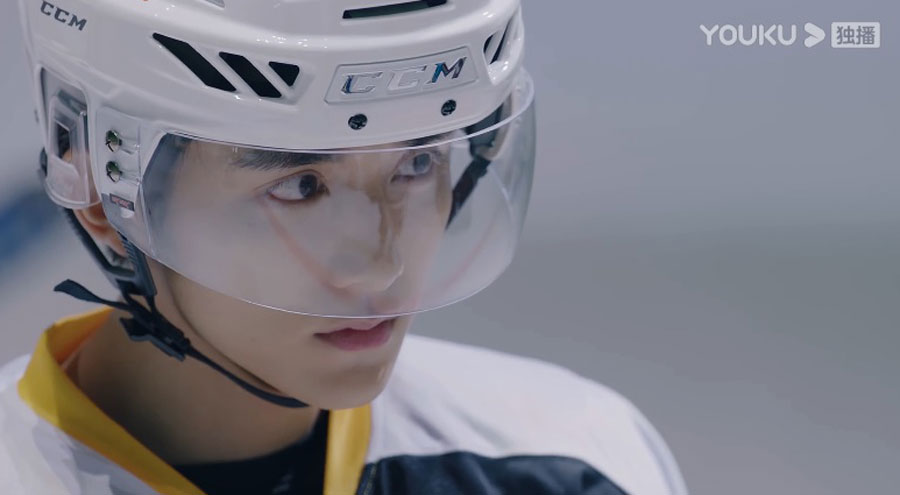 Note: From here on out there are specific plot spoilers for Skate Into Love: Episode 8.

Jian Guo tries to catch the cookie, but Coach Xu avoids it. Coach Xu tells Xu Bing to think of the bravest person, and thinks the tip is very effective.

Coach Xu tells Coach Chu that the ginger soup he cooked for her added brown sugar, and she thanks him. He grabs her hand and thinks the things are what he should do. She gives him a sweet smile.

Coach Xu gets out of the sweet scene, and spots Coach Jin taking a soup like him. Coach Jin explains that Yu Yan trains hard, and he wants to cook supplement for him.

Coach Xu says that he wants to cook supplement for the members of ice hockey team, but Coach Jin points out that the pot is too small for the ice hockey team.

Coach Xu blames Coach Jin for exposing and thinks he lies like him. Coach Jin tells Coach Xu that he and Coach Chu are past, and thinks Coach Chu likes him.

Coach Chu walks in and asks the two what they’re doing. Wei Wei tells Coach Chu that Xiao Hong passed away because of hypoglycemia. Coach Chu gives the soups to Xiao Hong.

Meng Huan wishes her dress to be burst so that the man god will wear clothes for her. Tang Xue admits that she was moved when Yu Bing wore the clothes on her.

Meng Huan thinks the scene was like dream and Tang Xue was the heroine. The two see Yu Bing, and Meng Huan leaves. Yu Bing gives the termination agreement and the money to Tang Xue, and tells her that she will be free once she signs it.

Tang Xue signs the agreement. Li Bing gives the ticket to her and wishes her to cheer for dragon team.

Yu Bing notes that Tang Xue doesn’t come, and dragon team loses. Coach Xu takes out cookies to cheer up team members, and he tells Yu Bing to think of the bravest person.

The rival mocks Yu Bing and tells him not to get injured. Yu Bing thinks of Tang Xue, and he tells the rival to try it. Yu Bing takes the team members to win the game, and Tang Xue waves the cap to him.

Tang Xue sees Bian Cheng, and she panics to avoid his staring. Tang Xue leaves the cap, and Yu Bing picks up the cap before Bian Cheng takes it.

Tang Xue sees the couple hold hands to run at the stadium with smiles, and she thinks of Bian Cheng. Yu Bing walks to Tang Xue, and mentions Zhen Yu told him that she ran into her first love. He tells her not to catch a cold.

Tang Xue spills the coffee on her jeans. Yu Bing tells her not to put everything on her body, and thinks it’s lucky that she will wash it this time. Tang Xue asks Yu Bing if he escorted her to the hotel, and he lies that he didn’t want people to say that he gets his assistant to sleep at the street in the evening.

Tang Xue says that she liked Bian Cheng, and wished to take same school with him. Yu Bing asks Tang Xue if she gave up skating for Bian Cheng.

It flashes back. Tang Xue invites Bian Cheng to watch her game, but he rejects it as he needs to complete the question. So she gives the pot to him.

Bian Cheng texts Tang Xue and rejects her love before the game. Tang Xue’s leg gets cut by the blade of the rival during the game, and her parents tell her that she cannot skate anymore.

Tang Xue tears up and asks to skate. But Dad tells her to consider for him and Mom. Tang Xue has to pack up her skate, and she hears Bian Cheng will get in Ming university.

Yu Bing asks Tang Xue if she hates Bian Cheng. She says that she only hates herself for forgetting the initial dream. Yu Bing returns the cap to Tang Xue, and she thinks he has changed.