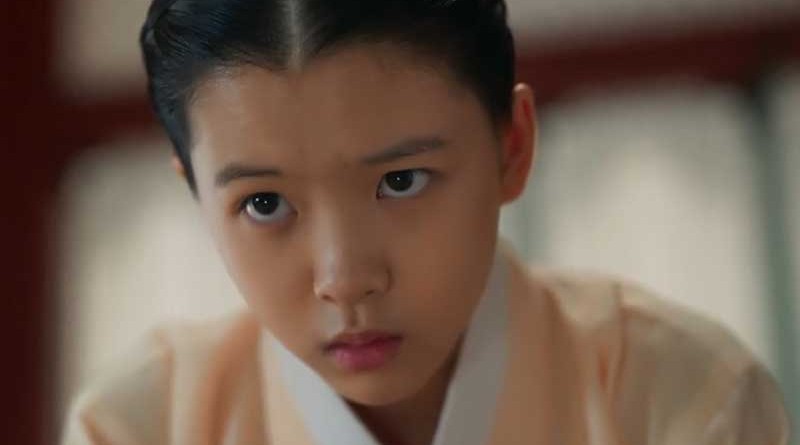 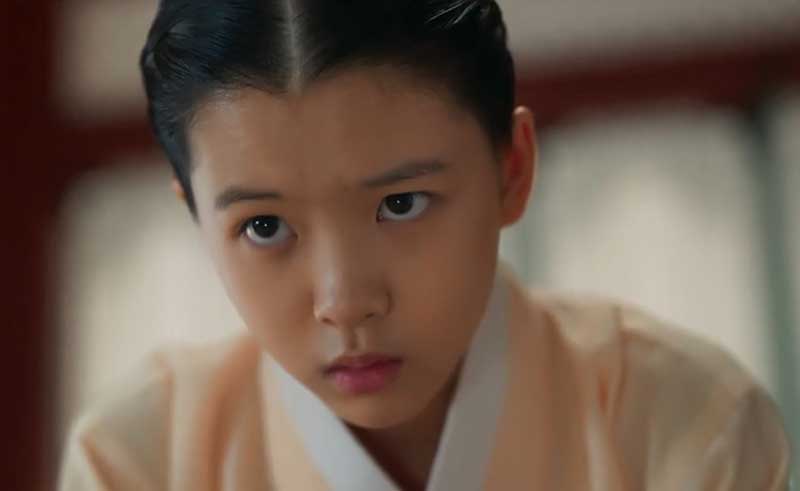 Note: From here on out there are specific plot spoilers for Netflix K-Drama The King’s Affection: Episode 1.

Ki-Jae comforts King’s nobody knows it. Crown Princess gets on knees to her husband when he walks to her. She begs him to keep the baby’s life. He rejects it because he cannot be against King. Seok-Jo takes the killers to break into the crown princess’s palace. They kill people when they see them.

Ki-Jae tells Seok-Jo to burn up all of the dead bodies. He leaves. Seok-Jo spots Hyeong-Seol walking into the palace. Crown Princess hands over the baby girl to Hyeong-Seol. He tears up. Hyeong-Seol rides away when he holds the baby girl.

Lee Hwi plays the ball with other people. He wins. Ki-Jae spots it. He smiles to applaud. Dam-I is chosen to be the maid after she passed the test. She climbs over the wall to catch the handkerchief. But she falls after she got kicked by the ball.

Dam-I hands over the ball to Eunuch Hong. He’s shocked to look at her. He walks aside when Lee Hwi shows up. Lee Hwi is shocked as well when he sees Dam-I. He reports it to his mom. He thinks he and Dam-I are like twins. Crown Princess is furious to scold his son. She tells him not to mention it again. But she tells Court Lady Kim to look for Dam-I.

The teacher praises Lee Hwi in front of Crown Prince. But Crown Prince tells the two that he knows Lee Hwi played ball. The bodyguard breaks into the room and arrest the teacher. He tells Crown Prince that it was the order of King.

Crown Prince goes to see King. He asks him for taking back his order. But Ki-Jae tells Crown Prince that the teacher deserves to get punished. Lee Hwi steps on Eunuch Hong and tries to climb over the wall. But the bodyguard walks to him when he glares at him. Lee Hwi is startled to fall.

Lee Hwi summons Dam-I to his room. He takes a look at her and lets her get changed. He wears her clothes. The bodyguard mistakes him as a maid, letting him leave. Eunuch Hong returns to the room, reporting to Dam-I about Lee Hwi’s leaving. He’s startled to walk aside when the maids visit with snacks. Dam-I tells the maids to leave. She shares the snacks with Eunuch Hong.

Lee Hwi takes a gift to see his teacher Ik-Sun. He tells him that he treats him as his dad. But he tells him that he cannot support him anymore. Dam-I is trying to read the book Lee Hwi left. She’s startled to turn over the table when Crown Prince visits.

Crown Prince asks Dam-I for reviewing the book “Zuo Zhuan”. But she tells him to review the book instead. She praises him after he did it. It makes him laugh. Lee Hwi shows up after Crown Prince left. He praises Dam-I. Seok-Jo takes Ji-Un to walk into the palace. They run into Lee Hyun.

Seok-Jo spots Ki-Jae so that he leaves. Dam-I drops the handkerchief when she walks. Ji-Un picks her handkerchief and follows her. But she’s missing. He passes the door from the wall and gets into the yard. He spots her reading the book.

Ji-Un teaches Dam-I how to pronounce the word. It startles her. He blocks her mouth with his hand when she’s going to scream. She tries to run away but she trips and drops the book into the pond. She takes off her shoes and tries to jump into the pond. He tries to stop her but he falls into the pond with her.

Ji-Un stands on the wood to practice sword. But he falls off the wood. Seok-Jo spots it when he passes by. He teaches his son how to use sword in the right way. Ji-Un gives the book to Dam-I. He helps her hang the cloth to the stick. She leaves after telling her name to him.

Lee Hwi reads the book Dam-I gave him. He asks about Ji-Un’s background, thinking the two are in love. Eunuch Hong breaks into the room and brings a bad news to Lee Hwi. Court Lady Kim waits for Dam-I, taking her to leave. Seok-Jo spots Dam-I.

Court Lady Kim takes off the curtain. Crown Princess sees the scar on Dam-I’s neck which was hurt by the doctor when he stabbed Dam-I with the gold needle. Crown Princess tears up. Dam-I goes to see Ji-Un at the festival. He stares at her when he watches the performance. He avoids her eyes when she takes a look at him.

Ji-Un gives his hand to Dam-I when she walks through the rocks from the river. She holds his hand after she thought about it. She bumps into his arms. The two release the lanterns from the river. Dam-I walks Ji-Un. She tells him that someone made her want to read the book.

Ji-Un tells Dam-I that he wants to work for Lee Hwi because he gave the beauty to him. It makes her smile. He hands over a bag to her. She finds a note inside. He tells her that he wants to give the name Yeon-Seon to her because she’s like a lotus flower.

Seok-Jo walks out of city gate. He spots his son walking Dam-I. He asks Ji-Un about Dam-I after the maid walked away. Ji-Un tells his father that he encountered the girl in the palace. Seok-Jo realizes that the girl is a maid. Dam-I returns home. She takes a look at the note Ji-Un gave her. She smiles and remembers she told Ji-Un that she’s going to give her a gift on the bridge.

Crown Princess spots Dam-I hanging out the clothes. She tells Court Lady Kim to part Dam-I and Lee Hwi. Crown Princess is startled when she sees Ki-Jae. He walks to her, taking a look at Dam-I. She’s nervous when he stares at her.

Ki-Jae takes Crown Princess to the room. He throws her to the floor, grabbing her neck. He blames her for tricking him. She begs him to forgive Dam-I. But he says that he will take the girl’s life. Seok-Jo breaks into the room, asking the maid about Dam-I. He’s told that the girl left the palace.

Seok-Jo follows the maids. He sees Lee Hwi leaving the maids and running away. He chases him. Lee Hwi goes to see Ik-Sun who’s going to get killed. The King’s Affection remembers Lee Hwi asked Dam-I for pretending to be him because he needs to go to save Ik-Sun.

Seok-Jo rides the horse to chase Lee Hwi when Hyeong-Seol chases him. Seok-Jo shoots the horse and makes Lee Hwi fall off the horse. Lee Hwi tries to tell Seok-Jo his identity. But he gets killed. Dam-I leaves her room and runs away when Eunuch Hong chases her. She trips and runs into Ki-Jae.