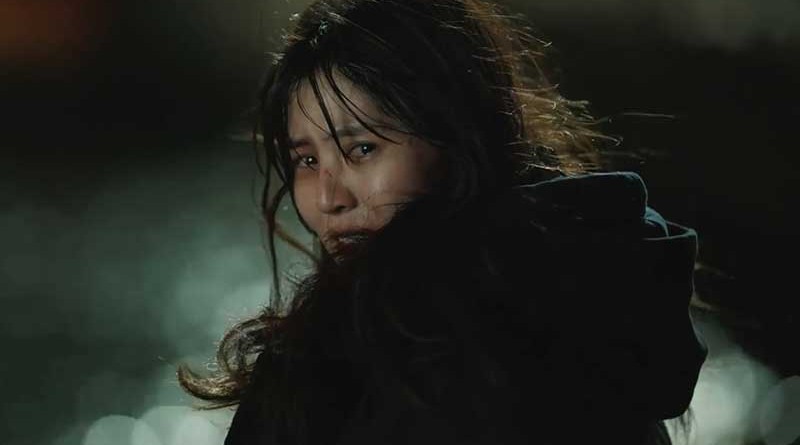 This is the recap for Netflix K-Drama My Name: Episode 1. Ji-Woo plays a barrel which contains the family photo of her and her dad when she lies in the bed. She does some exercises and walks out of her house. The guy drives his car following her. He tells her to inform him if his father contacts her. 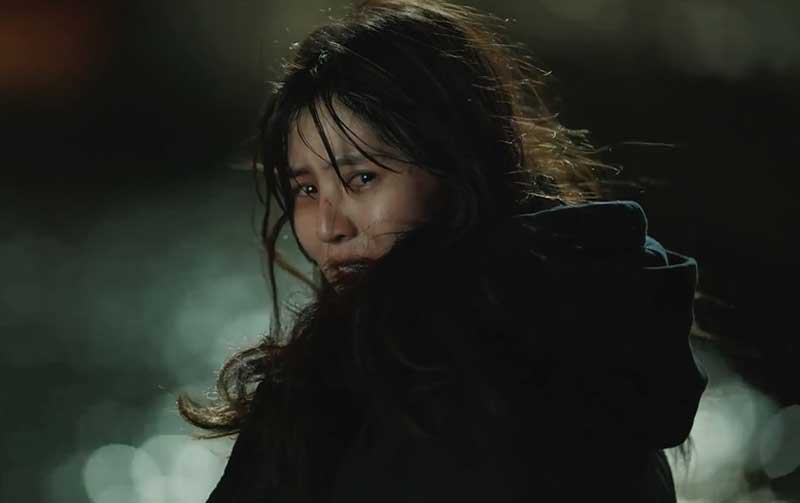 Note: From here on out there are specific plot spoilers for Netflix K-Drama My Name: Episode 1.

Ji-Woo ignores the police, walking into the school. The fat girl bullies Ji-Woo because her dad isn’t there. Ji-Woo goes to the playground to play badminton. The fat girl appears again. She tries to bully Ji-Woo again. But she’s stopped by her friend.

The teacher summons Ji-Woo to her office, telling her to transfer to another school. Ji-Woo returns to the classroom. She finds a bag of powder on her desk. She learns that the stuff was done by the fat girl. She’s furious to throw the bag to her face.

Ji-Woo has a fight with the fat girl and her followers. She defeats all of them, taking her bag to leave the classroom. She runs into the teacher at the corridor. She returns the school badge to her, leaving the school. She throws her bag to the police’s car. She flees. The police gets off the car and chases her. She runs to the river bank.

Ji-Woo takes out her phone. She stares at the photos of her and her dad Dong-Hoon. She picks one of the photo and takes a look at it. Ji-Woo returns home. The police officer is waiting for her. He tries to beat her. But he’s stopped the his colleague.

Ji-Woo is furious to open the door. She kicks away the gift. Dong-Hoon calls Ji-Woo, asking her if she was happy today. She tears up, telling him that the police harassed her. She yells at him why he didn’t pick up her phone. He tells her to give him some time. But she gives up him.

Dong-Hoon gets into the car. He takes out his phone, seeing the messages which was sent by Ji-Woo. He tells the follower Tae-Ju to get off the car. He drives away. But Tae-Ju calls someone and reports to him about it. Ji-Woo takes off the earphone, falling asleep on the floor.

Dong-Hoon packs his car at his house. He stuns the two police officers with his fist. His hand is hurt when he breaks the window of the car. He tries to open the door with the key. But he finds out that someone is close to him.

Dong-Hoon stops opening the door. He pulls out a knife when the man in black pulls out a gun. Ji-Woo notes that her father is home. She goes to open the door but she hears the gunfire. The killer leaves after Dong-Hoon told him not to hurt his daughter.

Ji-Woo cries to beg Dong-Hoon to open the door. But he rejects it until he passes away. Ji-Woo opens the door from inside. She finds out he’s bleeding, taking away the knife from his hand. She tries to wake him up. But he’s gone.

Ji-Woo tears up at the funeral of her father. Mu-Jin takes his followers to show up. He pays his respect to Dong-Hoon. He tries to leave. But Ji-Woo keeps him, asking him who took Dong-Hoon’s life. He doesn’t reply her, telling her that Dong-Hoon loved her very much. Ji-Woo takes a look at Dong-Hoon. She grabs his hand, remembering that he promised to move to a big house with her. She grabs his hand tightly. She cries.

Ji-Woo visits the police after knowing he decided not to look into his father’s case. She takes the photo from the table, and shows it to him. She tells him to arrest the killer. But he tells her to do it on her own, and points out that she killed her father. She remembers that she threw a fit to Dong-Hoon over the phone. She’s stunned.

Ji-Woo visits Mu-Jin. She asks him for looking for the killer. Because she wants to take the jerk’s life. He hands over the knife to her, asking her for stabbing him. But she doesn’t dare to do that. So he gives her a slap. He stabs the table. She leaves.

Ji-Woo returns home. She sits on the couch, staring at the key Dong-Hoon left. Someone knocks at the door. She’s scared to go to take a look who he is. But the guy leaves. She takes the stick to chase the car. But the car is far away from her.

Ji-Woo posts the flyer on the wall. She promises to give the guy a huge money if he can find the murderer. Someone calls her and asks for a meeting up. Ji-Woo takes the cash from the drawer. She takes the knife as well. Ji-Woo wears the mask and goes to the alley. She shows the cash to him, and asks him for telling her about the killer. But the guy and his followers take away his cash. They find out that she’s a girl.

Ji-Woo yells at Mu-Jin that she cannot let it go because she thinks she needs to take responsible for the death of her father. So he takes her to his office. The gangster welcomes Ji-Woo and leaves his room to her. She places her father’s ashes on the shelf, promising to work hard.

Ji-Woo begins to wash dishes and clothes for the gangsters. One of the gangster is interested in her. He provokes her. She tries to beat him but she gets defeated. She practices boxing with the sandbag when nobody is there. Mu-Jin shows up. He tells her to put killing people into her mind when she faces her rival. He teaches her the boxing skills.

Mu-Jin gets the gangsters to fight with each other. Gang-Jae becomes Ji-Woo’s rival after they defeated other gangsters.