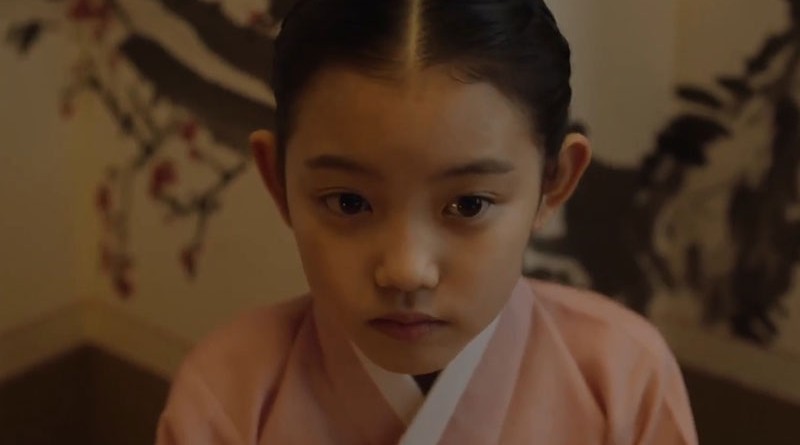 This is the recap for K-Drama The Red Sleeve Cuff: Episode 2. The tiger appears in the forest. Yi San takes the bow to leave the palace with his followers. He finds out that there were three persons who got killed by the tiger. He goes to hunt the tiger, and finds the person who’s alive. 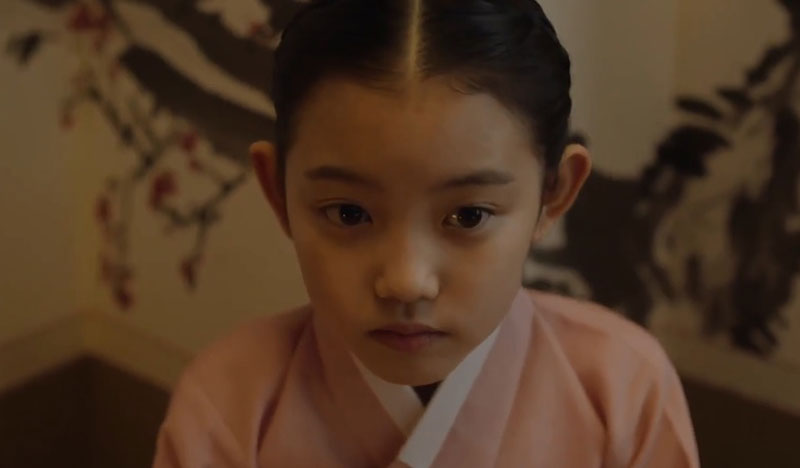 Note: From here on out there are specific plot spoilers for K-Drama The Red Sleeve Cuff: Episode 2.

The court lady waits for Yi San. She tells him that she worried about him because King Youngjo doesn’t allow him to leave the palace. He hands over the quiver to her, and walks away. Tae-Ho shakes his head when she looks at him. He tells her not to speak.

Yi San asks Tae-Ho about the person who was saved by them. Tae-Ho tells Yi San that the person is dead. Yi San orders to send all of his followers out to hunt the tiger. But Tae-Ho points out that they cannot take action if King Youngjo doesn’t agree to the plan. Yi San swears to convince King Youngjo.

But Deok-Im shows up and bumps Yi San, pushing him into the water. Tae-Ho mistakes Deok-Im as a killer, and pulls out his sword. He points the sword at her. She explains that she’s just a maid. The eunuch reminds Tae-Ho that the first thing he needs to do is to go to save Yi San. But Tae-Ho needs time to take off his clothes.

Deok-Im comforts Tae-Ho that she will save Yi San. But she makes him fall into water again and again. He pushes her away and walk ashore himself. She picks up his crown and tries to give it to him. But he walks away. Deok-Im gets on knees when she holds the crown. She asks Yi San for his mercy.

But the eunuch tells Deok-Im that Yi San left when he takes over the crown. He tells her that Yi San wants her to write a letter of apology, and she needs to give the letter to him when she visits him. She smiles because she thinks the task is very simple.

Princess Chungsun is shocked after knowing Yi San told Deok-Im to write a letter of apology to him. The two princess tell Deok-Im to come to their houses. Kyung-Hee walks Deok-Im and thinks she shouldn’t let the two maids join the handwriting meeting. She adds that she resolved the problem for them because of their terrible handwriting.

Kyung-Hee thinks Deok-Im is very silly because she didn’t ask for repaying. But Deok-Im points out that the two maid’s happiness is what she wants to see. She reminds Kyung-Hee that the money means nothing to them because they cannot run away from the palace. She tells her that it was her decision to help the two. It makes Kyung-Hee smile.

Some killers sneak into Yi San’s palace. The chief of the killer shoots a letter to the post when Yi San is reading. It startles the maids. Tae-Ho runs out of the study. He pulls out his sword and tells the bodyguards to be careful.

Yi San pulls out the arrow from the post. Yi San reads the letter that the guy thinks he cannot be the prince because of his father’s mistake. He’s furious to throw away the letter. Deok-Ro shows up and picks up the letter. Yi San tells Deok-Ro to take action when Deok-Ro is reading the letter.

Deok-Ro stops Yi San because he thinks someone is trying to provoke him. He gets on knees to him, and promises to catch the killer. Deok-Im completes the letter of apology. She thinks it’s perfect. Court Lady Seo breaks into the room, asking Deok-Im for stabbing the hairpin into her hair.

Deok-Im goes to the library, and begins to clean up the place. Because it’s full of dust. She opens the window after she heard the voice of Crown Prince. Crown Prince thinks he has the duty to manage the nation. Deok-Im smiles because she thinks he’s going to be a good king.

Deok-Im fixes the painting and hangs it on the wall. She’s satisfied after she slapped the painting. But she finds out that Crown Prince left. She completes the handwriting and stretches. Yi San shows up and takes a look at the window. He thinks the place can hear what he says.

Yi San steps on the mat and asks Deok-Im if she any person sneaking into the place. She drives him away because he stained her mat. He cannot tell her that he’s the crown prince. So he puts some silver to her palm. He’s surprised that the money cannot make her confess to him.

Deok-Im is furious to throw the silver to Yi San. She tells him that she’s the maid of Crown Prince. She tries to push him away. But it makes her step back. So she takes the broom to drive him out of the library. She walks in the library and closes the door when he tries to tell her about his identity.

Yi San walks into the library and sees Deok-Im. He notes that she’s taking an ornament. He thinks she’s not match for the stuff. He is furious to grab her hand. She tells him not to be rude to her, and claims that she will be a senior maid. He releases her after he realized that she was the maid he met.

Yi San asks Deok-Im to explain to him why she had Crown Prince’s book. She tells him that she transcribed the book. But he doesn’t believe in what she said. So she writes down some texts and shows it to him. She thinks he’s the follower of Crown Prince.

Yi San tells Deok-Im that he’s the teacher of Crown Prince. But she doesn’t believe in what he said. Because the teacher is very handsome. He throws the book to her, and walks away. She follows him and throws the salt to him. She closes the door.

Yi San knocks at the door and asks Deok-Im to open the door. She opens the door but she throws the salt to his face. She closes the door again. He’s furious and tries to leave. But he runs into Deok-Ro. Deok-Ro greets Yi San and wipes the salt off his clothes.

Deok-Ro hands over the report to Yi San. He tells him that the maids fear him. He takes him to the festival of maids. But Yi San thinks the place is boring. Kyung-Hee tells the maids that Deok-Im will read the book. She gathers them.

Deok-Im walks to the stage. The maids applaud. Deok-Im bows to the maids. She tells them that the story is about a tragedy of two brothers. She begins to read book. Yi San stares at her when she’s reading.

Crown Prince Sado yells at Yi San, and tells him to get lost. He mentions the king only likes Yi San. Hyebin Hong is startled to push Yi San out of the room. She faces Crown Prince Sado alone. He grabs her shoulder and cries to tell her that Yi San is born to take his life. He collapses.

Deok-Im smiles to take the lantern to walk in the library. She closes the door and places the lantern on the table. Yi San thinks Deok-Im needs more money even if she got it enough through reading. She’s surprised that he didn’t go home. He tells her that she disturbed him because he wants to stay alone.

Deok-Im decides to leave. She tells Yi San that she reads books for people because they like it. But he tells her that he doesn’t like it. He asks her why she cares for the feelings of the people since she just earns money from it. She blames him for going to the maid’s place. But he tells her not to read the books. He walks away.

Bok-Yeon gets the stick when other maids fail. She’s happy to run to Young-Hee, and tells her that she’s the lucky girl to hand over the water to the teacher of Crown Prince. She hugs Young-Hee and Deok-Im. Deok-Im walks out of the palace. She remembers what Bok-Yeon told her that she can feel the spring breeze when she runs into him.

Deok-Im wonders why Bok-Yeon likes Yi San since the guy is very rude. She tries to walk through the gate. But Deok-Ro blocks her way. He walks aside so that she can walk through the gate. It makes her happy. He calls her when she tries to leave. She turns around. He returns the pendant she just dropped to her. He tells her that the pendant is match for her. He walks away. She looks at his back, and thinks he’s actually the teacher of Crown Prince.

But Princess Hwawan mentions the lights were on all night at Yi San’s house. King Youngjo asks Deok-Ro about it. But Deok-Ro is silent. Princess Hwawan wants to summon Yi San if Deok-Ro cannot give her a good reason. Queen Jungsoon tells King Youngjo that Yi San did it because he needed to watch the festival of the maids. She promises to invite him when the day comes. It makes him happy.

Deok-Im visits Crown Prince’s palace to give him the letter of apology. But the maids keep telling Deok-Im that Crown Prince went to another place after she arrived at the place they mentioned. It makes Deok-Im tear up.