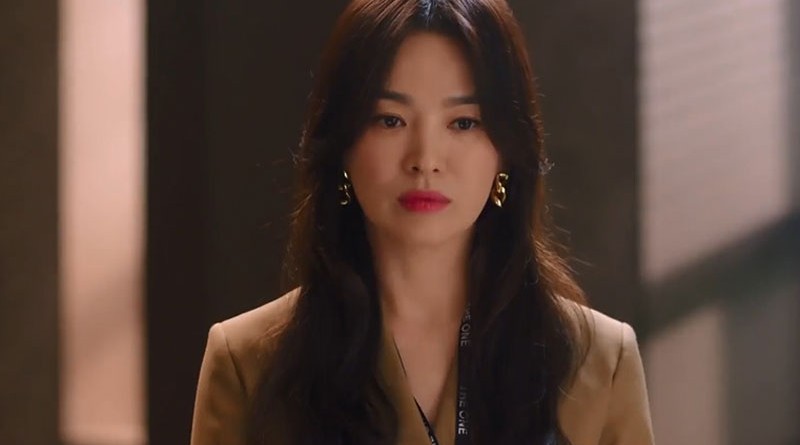 This is the recap for K-Drama Now, We Are Breaking Up: Episode 1. Young-Eun completes the design. She walks away. The models wear the dresses she designed, walking on the stage. Young-Eun wears a pretty dress, showing up in the pub. She sees someone and goes to the hotel with him.

Now, We Are Breaking Up: Episode 1 Recap 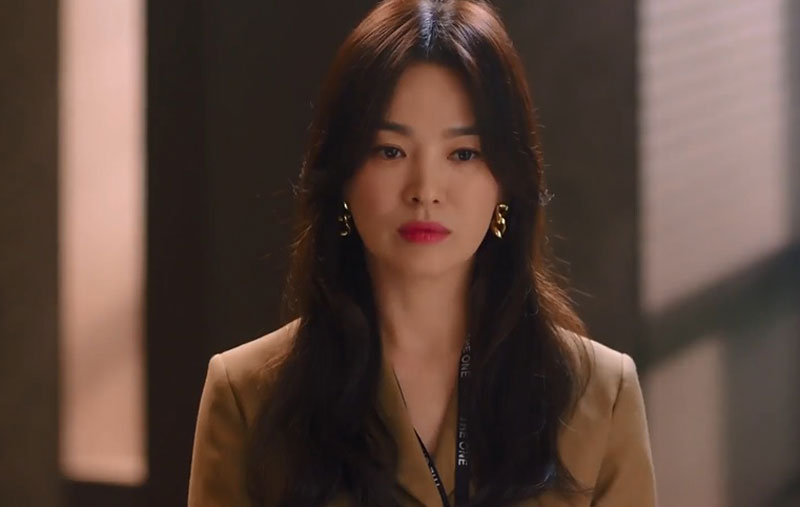 Note: From here on out there are specific plot spoilers for K-Drama Now, We Are Breaking Up: Episode 1.

Young-Eun kisses the man when he hugs her. They have a perfect night. He asks for her name when she tries to leave. She rejects it because she thinks she won’t encounter him again. She walks at the street, and sees the clothes she designed. She smiles.

Do-Hoon arrives at the airport. He calls Soo-Ho and asks him if there’s any news. He’s told that the guy Mr. J likes to reject people. Jae-Kook goes out of the bathroom. He gets a message from Oliver’s assistant who asks for a meeting up. He ignores the message.

Oliver is told that Mr. J rejected him. He doesn’t want to give up. Young-Eun gets a call from her colleague who asks her what she’s doing. Young-Eun reveals she visits Oliver’s company and wants to see him. But there’re many people wishing to see him like her. So she has to wait.

The colleague Na-Ri tells Young-Eun that Chi-Sook is going to come. Chi-Sook drives the car through the bridge. She calls someone when she’s driving. But the person doesn’t pick up her phone. Sun-Joo tells Young-Eun to go to eat something because Oliver is meeting with another company.

Young-Eun goes to the restaurant, and calls President Hwang. She reports the progress to him. But he doesn’t want to hear her excuse, asking about his daughter Chi-Sook. Chi-Sook calls Young-Eun and tells her that she found out that her boyfriend betrayed her.

Young-Eun joins Chi-Sook when she stands in front of the door. Chi-Sook complains to Young-Eun that her boyfriend used her room to sleep with a woman. She adds that the the woman shared the photo. The woman wakes up. She’s surprised to see Young-Eun.

Young-Eun gets the woman to summon Jimmy. Jimmy walks out of the bathroom. He’s shocked to see Young-Eun. She asks him for compensation according to the contract. But he tells her that he doesn’t know the woman at all. She tells him to leave with her. But Chi-Sook breaks into the room, and picks up the shoe.

Chi-Sook tries to beat Jimmy with the shoe. But Young-Eun stops her. Jae-Kook gets into the elevator. He sees Young-Eun. Jimmy follows Young-Eun. He explains to her that he kept the woman because she had no place to stay. He tells her to trust him when he grabs her hand. But she takes off his hands and walks away. He follows her when he tries to persuade her.

Do-Hoon meets with Jae-Kook at the cafe. He explains that he wants to use his room because he borrowed his room to another person. Jae-Kook doesn’t want to hear the excuse. He tries to leave. But Do-Hoon keeps Jae-Kook. Jae-Kook tells Do-Hoon that there is a war in the hotel.

Chi-Sook gets defeated after she had a fight with the woman. She asks her for deleting the photo she posted. She tells her that she will sue her if she does do it. But the woman points out that she didn’t break the law because Chi-Sook and Jimmy didn’t get married.

Chi-Sook mentions what Young-Eun said to the woman. The woman deletes the photo and walks away. Chi-Sook is still in anger. Young-Eun hands over the new contract to Jimmy. She tells him that she forgives him this time. Do-Hoon reminds Jae-Kook that he should get married. But Jae-Kook tells Do-Hoon that he prefers to be single because he worries that he will get hurt by women.

Do-Hoon realizes that Jae-Kook is Mr. J. He goes to look for Jae-Kook’s room. Jae-Kook tries to stop Do-Hoon but he hears Young-Eun’s voice. His eyes are fixed when she talks with Chi-Sook over the phone. Young-Eun comforts Chi-Sook that her father won’t know it. Chi-Sook tells Young-Eun to buy herself a new purse.

Young-Eun takes the purse to leave the store. She reminds Chi-Sook the appointment she did for her. Chi-Sook looks around the room and sees the mess Jimmy left to her. She thinks he owes her an explanation. She takes out the wine from the cabinet. She drinks it.

Do-Hoon tells Jae-Kook to go to the restaurant because he wants to thank him for letting him use his room. Hye-Ok completes the dish in the cooking class. She gets praised. Jung-Ja isn’t happy because Hye-Ok is always the star in the cooking star, and the woman keeps showing up. She’s told that Hye-Ok is very rich.

Hye-Ok gets a call from Do-Hoon so that she goes out to pick up his phone. Jung-Ja learns that the madam has a son. Do-Hoon reports to Hye-Ok that he completed the task she gave to him. Sun-Joo calls Young-Eun and reports to her that Oliver put off the meeting.

Chi-Sook calls Young-Eun. Young-Eun learns that her boss is drunk. So she goes to see her. Chi-Sook complains to Young-Eun that Jimmy asked her out because he needed her money. Young-Eun ignores Chi-Sook. She tells her that she can do anything she wants after she sees the guy.

Young-Eun hands over the water to Chi-Sook, telling her that men mean nothing. But Chi-Sook takes off the water, and tells Young-Eun that she means nothing as well. Young-Eun remembers the night she spent with the man. She wipes off the water on her hands with the tissue.

Young-Eun tells Chi-Sook that she’s not like her who cannot live with men. Chi-Sook wonders why she and Young-Eun cannot be friends. Young-Eun points out that Chi-Sook never felt sorry after she hurt her. She tries to take her away. But Chi-Sook rejects it.

Chi-Sook tells Young-Eun to go on the blind date for her, and she refuses to tell it to her father. She tells Young-Eun that she cannot do it when everyone wants to get money from her and her family. Jae-Kook goes to the restaurant. He has a seat and realizes that it’s a blind date after the female chef wrote down a woman’s name on the dish. He laughs to call Do-Hoon.

Do-Hoon goes to see the female stars. He gets a call from Hye-Ok. He reports to her that his son went to the blind date. He asks her who is the lucky girl. Young-Eun shows up at the restaurant, and walks to Jae-Kook. She tries to leave since she has seen him.

But Young-Eun has a seat herself after seeing the delicious foods. She begins to eat. Jung-Ja tells Taek-Soo to eat the dish she learned from the cooking class. But he tells her to drop the class after he tasted the food. She’s not happy after she heard what he said. She tells him to set a blind date for Young-Eun, and mentions Hye-Ok’s son is pretty good.

Jae-Kook tells Young-Eun that he’s a photographer, and thinks he saw her somewhere. But she tells him that she doesn’t intend to see him.