“The Sword and The Brocade” is a new Chinese historical drama which comes out in 2021. The drama tells a story about the concubine’s daughter Luo Shiyiniang who wants to marry someone she loves. But she is forced to marry the big general Xu Lingyi. Because her elder sister Yuan Niang wants her to protect her son Jun Ge.

“The Sword and The Brocade” is adapted from Zhi Zhi’s novel ““The Strategy of Concubine’s Daughter”“.

Tan Songyun and Zhong Hanliang are the lead actors.

Tan Songyun starred Chinese family drama “Go Ahead” in 2020. She played the girl Li Jianjian who lives with two brothers who don’t have blood relationship to her. The two brothers fall for her and begin to pursue her. He also starred “Under the Power” in 2019. She played a cop Yuan Jinxia.

Zhong Hanliang starred Chinese historical drama “General and I” in 2017. He played a general Chu Beijie who falls for a girl and risks his life to save her even if he has to betray his nation. He also starred “All Out of Love” in 2018. 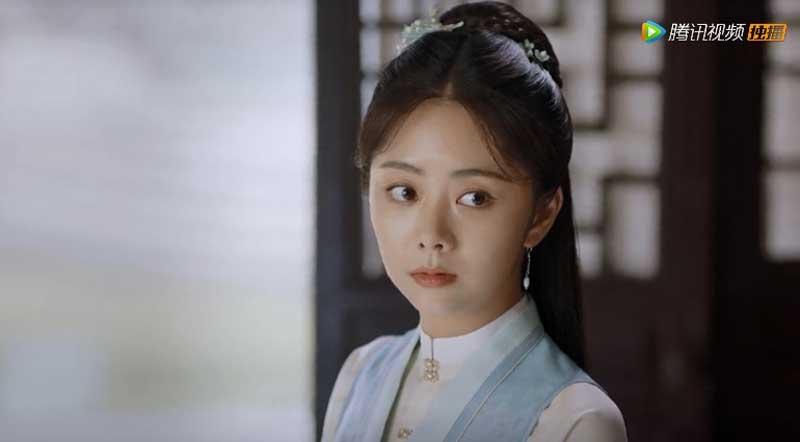 Title: The Sword and The Brocade

Luo Shiyiniang is surprised that Elder Mother treats her well after she returned home. Elder Mother asks the girl to choose the hairpin for her. Luo Shiyiniang does a great job. She is invited to attend the banquet of Xu family. She meets up with her older sister Yuan Niang, and finds out that she is sick. She spots Xu Lingyi flirting with Qiao Lianfang in the garden. She thinks her brother-in-law is a jerk.

Xu Lingyi catches the culprit. Emperor wants to give a title of nobility to him. But he rejects it and tells Emperor not to seal the sea. Because he thinks the people will get benefits from it. But Yuan Niang doesn’t understand it, and blames her husband for doing so. She knows her son will live harder if she passes away. So she intends to get Luo Shiyiniang to be the wife of Xu Lingyi for protecting her son.

Luo Shiyiniang wakes up from her nightmare. Yun Yiniang comforts her that she will accompany her. The follower reports to Xu Lingyi that he prepared everything at Yunlai hotel. He asks him if the two escaped prisoners will come. Xu Lingyi says that Jiang Huai and Liu Yong need the help of the hotel’s owner if they want to go to Fujian.

Luo Shiyiniang thanks Lin Shixian for saving her. He falls for her after seeing her. He reveals she was saved by someone else. He adds that he just aided the person. She still wants to save him, and coughs. He tells her to have a good rest.

Master Jian tells Wang Yu that she will try her best to make the embroidery painting if he likes it. But he tells her to go home with him because he thinks she’s pretty. He wants to grab her hand. But she steps back. So he tells his follower to kidnap Master Jian.

He is the big general in Ming Dynasty. He runs into Luo Shiyiniang at the street when she is kidnapped. He shoots the culprit when the knife is still on her neck. But he jumps into the water to save her. She misunderstands him and thinks she was saved by someone else.

She was bulled by Elder Mother when she is a kid. Because she is the daughter of concubine. But she finds out that Elder Mother is nice to her than other sisters after she returned home. She thinks Elder Mother has a big plan, and Elder Mother asks her to attend the banquet of Xu family. She spots Xu Lingyi flirts with Qiao Lianfang when he’s the husband of her older sister.

He Hongshan as Qiao Lianfang

She is born from a rich family. She loves Xu Lingyi and wants to be his wife after knowing Yuan Niang is going to die. But Yuan Niang gets Luo Shiyiliang to replace her position. Qiao Lianfang has to marry Xu Lingyi as a concubine.

She is the wife of Xu Lingyi. She worries that her son Jun Ge will lose his position after she dies. She doesn’t trust anyone except her younger sister Luo Shiyiniang. So she wants her husband to marry her younger sister.

She is the concubine of Xu Lingyi. Her son Yu Ge is very smart. Yuan Niang worries that Yu Ge will replace her son.

She teaches Luo Shiyiniang how to make clothes.