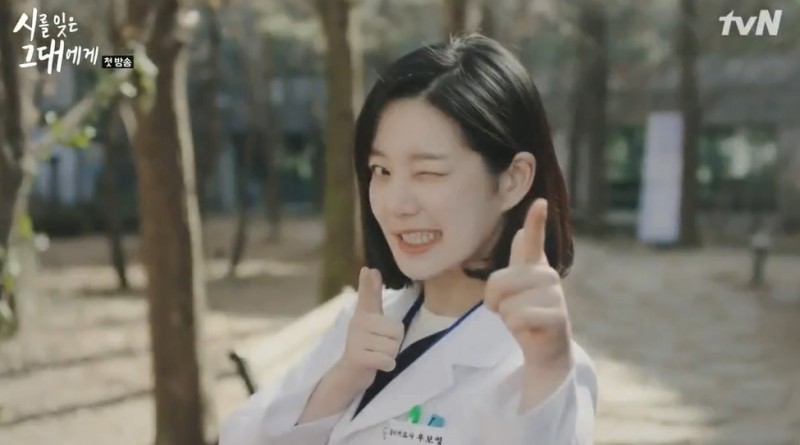 This is first episode of A Poem A Day Korean Drama, Bo Young (Lee Yoo Bi) is a girl who wants to be full-time employee at the hospital, but her life is messed after others know she was rejected by Min Ho (Jang Dong Yoon) before. 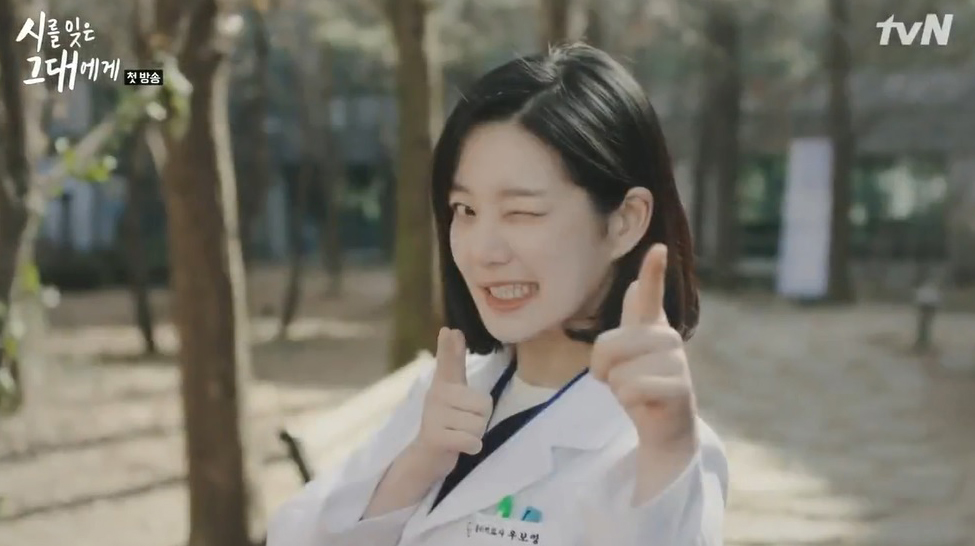 Shi Won asks Bo Young to treat his patient Dong Bum when she wants to take a break and tells her to obey his order if she wants to be a full-time employee. But Dong Bum asks her to sleep with him while she treats him, the nurse thinks Dong Bum said weird thing to Bo Young, Bo Young reveals the patient got the damage of prefrontal cortex.

Yoon Joo persuades Bo Young to clean the dishes again and thinks she lived a unhygienic life, but Bo Young finds out Yoon Joo places her bra on the floor of bathroom, Yoon Joo claims she is busy and thinks they are different. Min Ho is excited as he have two month free time freedom, Nam Woo is interested in becoming a full time employee and reveals Bo Young is at the hospital.

Yoon Joo and Shi Won think Bo Young looks weird since she and Min Ho come from same college, but she didn’t greet him. Bo Young drives crazy in the bathroom and runs into Joo Young after going out. He thinks she loves him after she apologize to him.

Min Ho yawns when Bo Young shows what’s ICT, she thinks he didn’t respect her when she teaches him as senior. Nam Woo tells Min Ho to call Bo Young “Doctor” and warns her to give him a good grade, otherwise he will tell others their relationship. But she tells him she isn’t the one grading him as she isn’t a full-time employee. Nam Woo is frustrated after hearing what she said.

Joo Yong is transferred to radiography room, Dae Bang welcomes him as senior. But Joo Yong finds out Dae Bang cannot make the decision between footage and position. Myung Cheol announces that Bo Young is chosen to be friendly employee of the year, Yoon Joo reveals she gets the chance to be full-time employee. Bo Young is excited and in tears.

Yoon Joo thinks Min Ho and Bo Young were in relationship because he is nice to everyone except her. Bo Young fears and wants to make up with him, but Min Ho tells Nam Woo that he forgot everything until meeting Bo Young. Bo Young recalls she fell in love with Min Ho after he drove her to college for group project and thought liking poem is cool during her hard time.

Dae Bang fights with doctor who bullied Joo Yong in the operating room, Joo Yong asks him why his indecisive is disappeared during that moment. Dae Bang reveals he hates doctors who look down on medical stuff. Myung Cheol takes Min Ho and Nam Woo to the company dinner when they want to blow off the dinner, asking Bo Young to say something as friend employee.

Min Ho calls Bo Young as cry baby after seeing her crying. Myung Cheol is told that the hospital has never selected a contractor as friendly employee before and is going to pick a full-time employee instead of Bo Young when she left to get beer for Min Ho.

Just then Bo Young takes beers and foods, telling her mother that she is going to be full-time employee soon. Myung Cheol looks at her with awkwardly, Yoon Joo persuades him to tell her in advance. But he pretends to be drunk and fall asleep.

Bo Young goes to washroom after Yoon Joo told her the truth. Yoon Joo asks Nam Woo what happened between Min Ho and Bo Young before. He tells her that Min Ho rejected her when Yoon Joo warns to make him lose training points. Myung Cheol cannot believe Min Hoo rejected Bo Young since he is just a trainee.

Bo Young fights with Min Ho after thinking he told others their previous relationship, but she fails and is push into garbage. She decides to cheer up after reading the notes patients sent to her, telling her pain and sadness can also be a path. Jae Wook pick up the poem which Bo Young left.