This is the Recap & Ending for Heroes 2022 Chinese Drama: Episode 6. Wang Xiaoshi runs into Hua Wucuo on the bridge. Hua Wucuo tells Wang Xiaoshi that he decides to leave capital. He thinks his failure isn’t related to him. Wang Xiaoshi volunteers to escort Hua Wucuo. 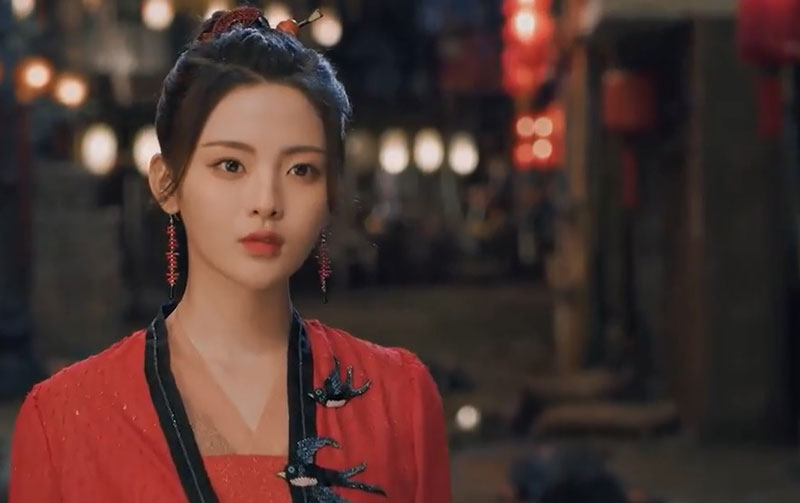 Note: From here on out there are specific plot spoilers for Heroes 2022 Chinese Drama: Episode 6.

Lian Xin visits Su Mengzhen. She tells him that she wants to leave after the funeral of previous tower chief. She thinks she can find a pure land from the Martial Arts World. He tells her to go to Ying State. He reveals he prepared a house by the lake for her.

Lian Xin is moved to get on knees to Su Mengzhen. He helps her get up. He thanks her for taking care of his father. He bows to her. She cries to walk away. He sees her off. Yang Wuxie thinks Su Mengzhen should keep Lian Xin. He learns that Golden Wind Light Rain Tower is nice to the previous followers who left tower.

Wen Rou reveals that the street is managed by Golden Wind Light Rain Tower. The carriage rushes on the street. The old lady Cha Hua cannot move. Wang Xiaoshi helps Cha Hua avoid the carriage. He wants to buy the breads that dropped to the ground. But she rejected it because she think she can cook some breads after she returns home.

Bai Choufei intends to ask the person in the carriage for the bread money. Wen Rou stops him. She reminds him that Six And A Half Minutes Hall is in front of them. Mo Yan gets off the carriage. He greets Di Feijing. Di Feijing asks Mo Yan to give him a ride after knowing he wants to have a talk with him.

Mo Yan gets on knees to Di Feijing. He asks him to forgive him. Zhe Tianchou wonders why Di Feijing wants to kill him since he just obeyed orders. Di Feijing reminds Zhe Tianchou that he should obey Lei Chun’s orders since he was arranged to work for her. He hands over the knife to him. He tells him to take his life. Zhe Tianchou kills himself. Mo Yan is killed by Di Feijing’s follower. Their bodies are taken away.

Wang Xiaoshi is chased by the guys. He sneaks into the room from the window. He sees the beauty Zhu Xiaoyao who smiles at him. He tries to walk away. But she stops him. She blames him for leaving after seeing her body. He tells her that he didn’t intend to do that. He promises not to spread it.