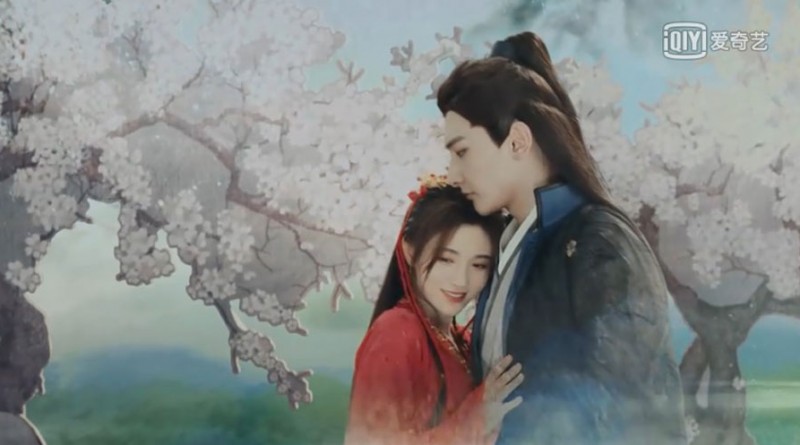 Women were not allowed to study in the ancient times China. But there were many women who were talented in literature. In a Class of Her Own Chinese Drama tells a story a girl Xue Wenxi who is talented, but she cannot get into the class because she is in low status and poor.

In a Class of Her Own Chinese Drama: Episode 1 Recap 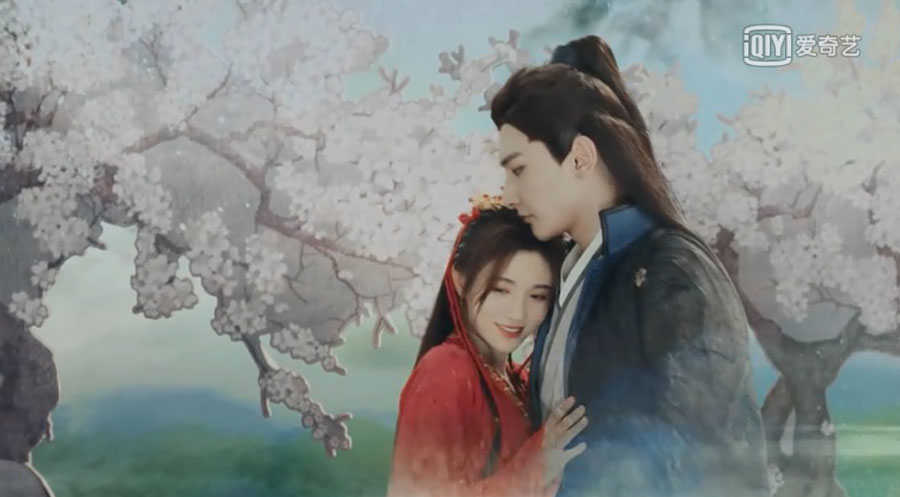 In a Class of Her Own Chinese Drama begins with Xue Wenxi bumping Feng Chengjun at the street when she is going to deliver her new novel to Boss Chao. But she left her novel there, and she has to write the novel again in the book shop of Boss Chao.

Yu Lexuan is stunned by Wen Xi’s talent, and asks her to take the examination. But she rejects it as she has her principle. She returns home and is told that her mother received the wedding gift from someone else, and she needs to get married.

Master Gu visits Xue family and takes his men to ruin Wen Xi’s house. Wen Xi learns that her mom borrowed money from loan shark. Master Gu falls for her and wants to take her home. But Mom stops it and tells him that Wen Xi belongs to Li family as she accepted the wedding present from Li family. Wen Xi realizes the reason why Mom wants to marry her off, and promises to Master Gu that she will return the money to him in 7 days. In a Class of Her Own makes Wen Xi owes money so that she will ask others for help.

Wen Xi visits Boss Chao and asks for a job to help her earn big money. He tells her to see the student president Han Shengzhi. Sheng Zhi tells Wen Xi that she will get hit by 30 planks. She is scared and wants to run away from Yunshang academy. But the guards spot her, and chase her. Yun Xi trips. Cheng Jun takes her clothes and helps her not fall. But she gives him a slap, and sneaks into the kitchen. He tells the guards where she hides when he is asked. But guards find out that Wen Xi is a girl, so they let her leave. But her money is taken away from the thugs. Lei Zixin saves her. In a Class of Her Own keeps giving troubles to Wen Xi.

Lord Feng asks Cheng Jun why he had to do so. Cheng Jun says that what he wanted was justice.

In a Class of Her Own Chinese Drama: Episode 2 Recap

Boss Chao drives Wen Xi away because she made him lose money. Cheng Jun visits Boss Chao. Boss Chao is scared as he fears that Cheng Jun will give him some hard time. But Cheng Jun asks Boss Chao about Wen Xi. Boss Chao reveals Wen Xi is a good person and she replaced someone to take examination because she needs money.

Wen Xi runs into Le Xuan, and he gives her a task which can help her earn big money. She accepts the task. Le Xuan tells Cheng Jun that he knows where Wen Xi is, but he worries that it will damage Cheng Jun’s reputation. But Cheng Jun claims that he won’t change his mind when he makes decision. In a Class of Her Own sets a trap to Cheng Jun.

Wen Xi arrives at the temple and gives the forbidden book to the person. But she finds out that the person is Cheng Jun. General comes with his men, and he intends to catch people who trade the forbidden book. Cheng Jun carries Wen Xi to hide in the narrow cave, and she has to touch his body. She thinks he is a jerk after the men left. He invites her to take part in the examination as he thinks she is a talent. But she rejects it as she loves what she is doing.

Wen Xi needs money so that she asks Boss Chao to give her a task to her. He tells her that someone wants to hire her to take examination, and promises to give her 800 yuan which is the amount she owes Master Gu. Wen Xi agrees to it and arrives at Yunshang academy. She runs into Cheng Jun, and his follower thinks Yun Xi is like a girl and wants to carry stuff for her. She leaves her stuff and runs away. In a Class of Her Own hooks Wen Xi to stay in Yunshang academy.

Yun Xi wants to complete the examination and leave. But Cheng Jun recommends her to Teacher Feng, and King Teacher lets her join Yunshang academy after seeing her article. Wen Xi is upset and doesn’t want to stay at the academy. But Boss Chao told her that he will pay her ten times as she has been the student of Yunshang academy.

Yun Xi goes to the academy and she is arranged to live with Ze Xin. Cheng Yun doesn’t like the advanced room Sheng Zhi arranged for him. So Sheng Zhi lets him live with Wen Xi.

In a Class of Her Own Chinese Drama: Episode 3 Recap

Wen Xi knows that Cheng Jun lives with her, and tells him to get himself another room. But he rejects it, and blocks the falling wine pot for her. He smells her body fragrant, and she is scared to flee. But she flees to the men bathroom, and the student gives her his towel. He tells her to take a bath as the freshmen ceremony is going to begin.

Wen Xi gives the foods her mom cooked as a gift to the seniors. But the senior throws the foods to the ground as he thinks what she gives him is very cheap. She tells him to apologize. He rejects it and intends to beat him. Cheng Jun stops the senior, and tells the student president Sheng Zhi to eat the food after he tasted it. Le Xuan tastes the food and thinks it’s delicious. He reminds Sheng Zhi that the test is going to begin. In a Class of Her Own gets people to taste Wen Xi’s foods.

Sheng Zhi tells the students that they must complete the tasks, and the loser will be jumped into the lotus pond. Wen Xi gets the task that she must invite Mu Xiaoman to perform. She worries about it as she knows that Xiao Man won’t perform without the money. Cheng Jun offers to pay for Wen Xi. She rejects it as it breaks his principle.

Le Xuan talks with Sheng Zhi about Cheng Jun’s task, and they intends to set fire to frame Cheng Jun for breaking into the miss Han Shuming’s room. Wen Xi arrives at the nightclub, and the maid tells her that Xiao Man will meet with her after her performance.

Meanwhile, the man takes off Xiao Man’s clothes. Wen Xi wears her coat on Xiao Man and takes her away. Ze Xin arrives at Han family, and shoots the flyer. The followers of Sheng Zhi mistake Ze Xin as Cheng Jun, and they set fire.

In a Class of Her Own makes Shu Min fall for Cheng Jun. Shu Min notes the fire and goes out. She runs into Cheng Jun and falls for him. She invites him to her room and gives the painting to him. But he rejects it as it will damage her reputation. She feels happy and thinks she chooses the right person.

Wen Xi tells Xiao Man about her task, and Xiao Man promises to perform for Wen Xi as she blocked the evil intent of people for her. She gives her fan to her. Sheng Zhi is surprised that Wen Xi completed the task, and asks her to show the evidence to him. She gives him the fan, and gets the privilege.

Cheng Jun has to jump into the lotus pond as he didn’t complete the task. Wen Xi uses the privilege to make him not jump as he helped her, and becomes his creditor.

In a Class of Her Own Chinese Drama: Episode 4 Recap

Cheng Jun and Wen Xi are going to sleep. They see someone sneaking into their room, and cover his head to beat him. Wen Xi recognizes Ze Xin was the one who saved her from the thug. Ze Xin tells Wen Xi that he lives in the room, and wants to drive Cheng Jun out. She says that she will leave if Cheng Jun cannot stay in the room. So the two are driven out.

In a Class of Her Own lets Ze Xin stay in the room alone. Le Xuan feels happy after seeing Wen Xi and Cheng Jun staying outside. He bets with the classmates that the two will get back to the room in three days. He invites the two the sleep over in his room since they have no place to stay.

Le Xuan takes a close look at Wen Xi when she falls sleep, and wonders why Xiao Man accepted her invitation. But he gets beaten. Cheng Jun tells Le Xuan that Wen Xi always sleepwalks. Cheng Jun wants to report Ze Xin to Dean Feng. But the classmate tells him that Ze Xin is the best friend of Le Xuan, and his master is Teacher Liu. Wen Xi thinks Yunshang academy is very dark.

Teacher Liu visits Ze Xin. Ze Xin is scared to wake up and gets on knees. Teacher Liu scolds Ze Xin for his decadence since he taught all of his martial arts to him. Dean Feng tells the students that they will live hard for the upcoming three years. Wen Xi decides to leave Yunshang academy once she gets the money. Teacher Liu tells the students to run for training their endurance. Wen Xi is tired. Cheng Jun tells her to see a doctor. But she rejects it as she worries that the doctor will find out that she is a girl.

In a Class of Her Own almost makes Cheng Jun find out Wen Xi is a woman. Wen Xi washes hand, and Cheng Jun notes that there isn’t any hair on her legs. He thinks she is too weak. Mr. Han shows the letter to Mr. Feng, and thinks there is someone knowing what they did. Ze Xin drinks with his dead brother and promises to catch the people who wronged him.

Le Xuan finds Ze Xin in the bar, and pays the wine money for him. Ze Xin shows the book he found from his brother’s stuff to Le Xuan, and thinks Ding Kun and his brother were wronged.

In a Class of Her Own Chinese Drama Review

In a Class of Her Own Chinese Drama brings us a wonderful story which a poor girl doesn’t want to take class but she has to join the top academy. Because she dresses up to be a male so that she worries about being discovered. She runs into a man Cheng Jun who appreciates her talent, and wants her to do something for the nation. But she only wants to raise her mom and her brother.

Wen Xi’s identity isn’t simple. King Teacher is stunned while seeing her. In a Class of Her Own Chinese Drama leaves the mystery to use. Maybe she is a princess. Because King Teacher only knows someone who is noble.

In a Class of Her Own Chinese Drama Cast

She plays the poor and talented girl Xue Wenxi.

He plays the son of lord Feng Chengjun who is liked by everyone. But he wants to bring justice to those people who can help the nation.

In a Class of Her Own Chinese Drama Release Date

In a Class of Her Own Chinese Drama Iqiyi

You can watch In a Class of Her Own Chinese Drama on Iqiyi. You can also watch it online on Viki.