These are the Recap & Ending for Island K-Drama: Episode 2. Won Jeong takes the key to sneak into the jail when nobody is outside. She tells Van that nobody will find them if they flee. She opens the shackles of him. But he bites her. 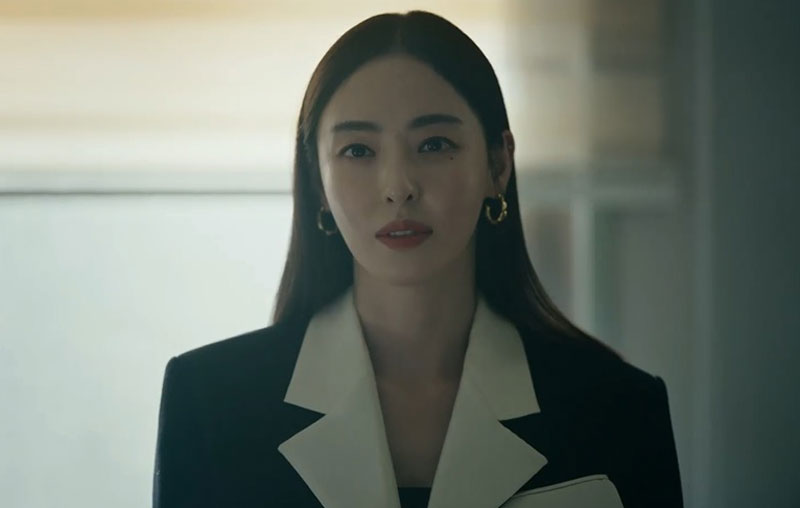 Note: From here on out there are specific plot spoilers for Island K-Drama: Episode 2.

Won Jeong realizes that Van is scared. She tells him that the world outside is bright. She takes him and Goong-Tan to leave the jail. Leader Jongryeong returns to the jail. He finds out that Van is missing. He lets the monks chase the kids.

Won Jeong passes out on the way to flee. Van feels guilty when he hugs her. Baek-Joo worries about Won Jeong when she walks. Leader Jongryeong doesn’t believe that Won-Jeong saved Van even if he knows she’s kindness. Van carries Won-Jeong to return to the temple.

Won-Jeong is takes away. The monk whips Van and Goong-Tan. They’re shackled. Van wakes up and sees Won Jeong who worries about him. She thinks it was her mistake. She cries when he climbs to her. But he shakes his head. She tells him that she’s going to leave. She promises to save him and Goong-Tan when she comes back. Won-Jeong asks Van to protect himself before she comes back. She tells him to promise not to give up himself.

Priest John visits Butler Jang. Butler Jang is surprised when he sees Priest John. He takes him to get into the house. He feels sorry for offending him because he didn’t expect that he’s very young. He asks him how long he has left Korea.

Butler Jang mentions the demon Priest John has killed in Spain. But Priest John thinks it’s nothing. He mentions Butler Jang has protected savior all his life. He intends to wake Mi-Ho up because she didn’t complete her mission as a savior.

Butler Jang tells Priest John that he’s going to introduce him as his nephew to Mi-Ho. Priest John thinks it’s a great idea. He mentions the man in the prophecy. Mi-Ho calls Butler Jang. She tells him to send a car to her. Secretary Kang tries to eat Mi-Ho when he grabs her neck. But Van cuts Secretary Kang’s hand.

Mi-Ho is scared to throw away Secretary Kang’s hand. He tries to stab her. But Van blocks Secretary Kang. He kills him and picks up the flame stone he just left. He walks to Mi-Ho. She asks him who he is. He takes a look at the police. He tells Mi-Ho not to run away. He disappears.

Butler Jang finds Mi-Ho. She tells the cop that Secretary Kang was killed by a devil. But the devil doesn’t believe what she said. She locks herself in her room after she returned home. Tae-Han calls Butler Jang because he worries about his daughter. Butler Jang comforts Tae-Han that he will take care of Mi-Ho.

Mi-Ho goes to the airport. Someone releases a demon from the island. The demon possesses the airport police. Mi-Ho tells the girl that she wishes to leave the island. But the girl tells Mi-Ho to wait for a while after she got a call from someone.

The airport police takes Mi-Ho to his office. He tells her that he does it for protecting her. He disallows her to leave his office. He’s excited after knowing she’s Tae-Han’s daughter. He thinks she’s pretty. He intends to take a photo of her.

But Mi-Ho tells the airport police that she doesn’t wish to be taken photos. She’s furious to tell him that she’s going to miss her flight. The demon shows up. The airport police scolds the demon because he mistakes him as his colleague.

Mi-Ho runs in the car when the guy is talking with someone over the photo. The demon reaches her. She drives the car away when she fights with him. But he jumps on the roof of the car. He breaks the roof with his claw. She slams on the brakes and makes him fall off the car.

But the demon climbs to the car again. Mi-Ho is scared when she sees him from the mirror. He breaks the window. The car crashes the stone statue. It rolls over. Mi-Ho opens the car door. She climbs out of the car. She’s surprised that she’s fine. But she turns around and sees the demon. She runs away.

The demon arrives at the house. Mi-Ho hides in the house when she covers her mouth. She tries to leave. But she steps on something. He hears the sound. She tries to run away but he blocks her way. Van stabs the demon before he hurts Mi-Ho.

Van takes back his knife. Mi-Ho sees him. She asks him to save him when the demon walks to her. He kills the demon and gets the demon stone. Mi-Ho asks Van about the stone. He tells her that it’s demon stone. He believes that she should know it. But she denies it.

Van tries to leave. Mi-Ho stops him. She asks him to explain it before he leaves. He tells her that Secretary Kang was possessed by a demon. She complains that she would think he’s a crazy man if she doesn’t know him. He admits that he’s the only one who can kill the demon.

Priest John walks in the woods. He finds the horn of the demon. He sees Van killing the demon. He puts the horn into a glass bottle. Van places the demon stone on a rock. He goes to the beach to pick up Baek-Joo. She follows him and tells him that she believes that Mi-Ho is the savior if the sign shines.

Yeom-Ji walks in the woods. She sees the stone statue. She returns home and sees Van eating at her house. She believes that Baek-Joo gave Van free food again. Baek-Joo thinks Yeom-Ji shouldn’t care for it because she’s not the owner of the food.

Yeom-Ji claims that she’s helping Baek-Joo make money. She disallows Van to leave because he doesn’t pay the meal. He pushes her aside and walks away. Yeom-Ji swears to make Van repay it. Butler Jang calls Priest John. He asks him if he found something.

Priest John tells Butler Jang that he got nothing. He asks him about the man in the dark. Butler Jang leaks that he saw the man before. He believes that Priest John will be scared when he sees the man. Mi-Ho remembers what Van told her that the demons will kill her like they did to Secretary Kang.

Butler Jang brings the tea to Mi-Ho. He notes that she looks scared. She tells him that she has known that he was the one who made her not take the flight. He reminds her that her aunt will bring her down. She complains to him that he doesn’t believe her. She tries to take the sleeping pill. He stops her and tells her to drink the tea he made. But she takes the sleeping pill after he left.

Mi-Ho asks the God to save her. But she hears the sound. She walks to the window to take a look at outside. Van shows up. She wonders how did he find her house. He tells her not to stare at him. He reveals the demon who stared at him was killed by him.

Mi-Ho wonders if the demon is in her house. Van puts the demon stone on the table. She’s scared. He tells her that there’s no demon in her house. He persuades her to hide until she’s killed. But she refuses to accept her fate because she wants to be alive.

Episode 2 of Island K-Drama ends with Van standing up and trying to leave. Mi-Ho holds his arm and begs him to stay for one night. She tells him that she’s very scared. He sees the sleeping pills on the table. She falls asleep. He sees the sign on her shoulder. Mi-Ho wakes up in the morning. She sees the contract Van signed. She mistakes that he signed it for the money. She feels happy. But she finds out that he didn’t write down the salary he wishes to get.

Van remembers Won Jeong told him that she will come back to save him. He puts the stone on the rock. He wonders why Won Jeong made the promise. She calls him. He turns around and sees her. She smiles to greet him. But he kills her. He wonders if he should hate her for forgetting him.