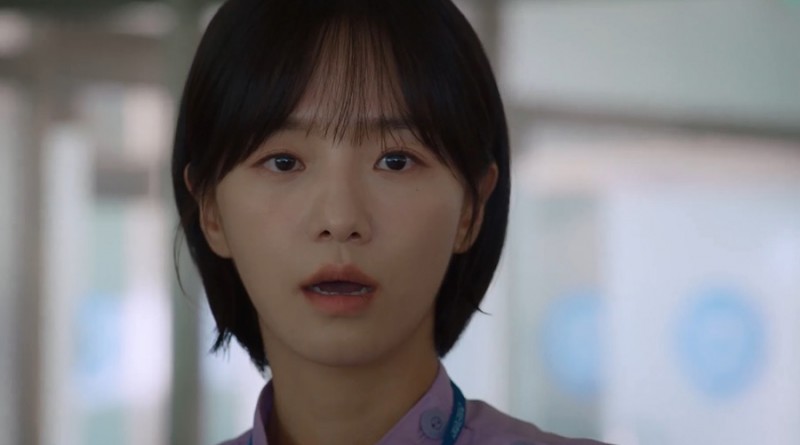 This is the Recap & Review for Netflix Korean drama It’s Okay to Not Be Okay: Episode 8. Kang-Tae cuts hair for Moon-Young, and she asks him if she can trust him. He reveals he cut hair for Sang-Tae, and he is the only one who can touches it.

It’s Okay to Not Be Okay: Episode 8 Recap & Review 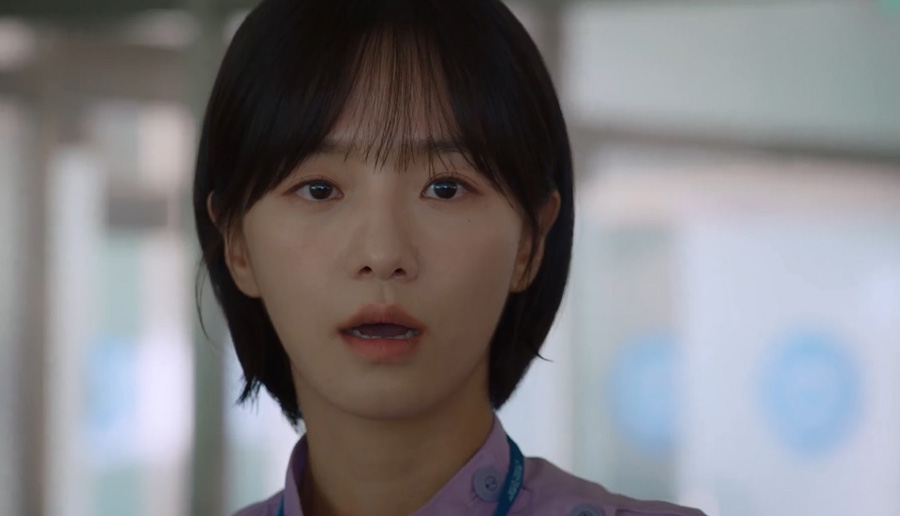 Note: From here on out there are specific plot spoilers for It’s Okay to Not Be Okay: Episode 8.

Moon-Young opens her eyes and remembers what Sang-Tae’s hair looks like. She gets angry and doesn’t want to get mushroom haircut. He gets her to sit back, and reminds her that it’s too late as he takes the scissors. He completes his job. She walks to the mirror, and takes a look at herself. She turns around and asks him how she looks. He tells her that she is pretty, and it makes her laugh.

Moon-Young thinks she doesn’t have to listen to her mom since she cut off her leash. He asks her if she wants to run away from her mom. She says yes and thinks she is free. He congratulates her, but she asks for a kiss. He touches her hair instead, and tells her that he is so proud of her. She laughs and offers to go to have fun like the cheerful dog.

Sang-Tae walks in the living room and sees Moon-Young’s hair. He asks her what happened to her long hair. She says that she cut it, and asks what he thinks. He thinks the long hair suits her better. She isn’t happy. Kang-Tae points out that Moon-Young looks better with short hair. Sang-Tae disagrees and asks Moon-Young why she cut her long hair.

Moon-Young gets angry. Kang-Tae reminds Sang-Tae that his hair is long, and wants to cut it for him. He kicks him. Moon-Young cannot pick up the quail eggs, and she keeps hitting the dish. Kang-Tae picks up the quail egg and puts it into her bowl. She eats it up and asks for the rolled omelet. He gives it to her. Sang-Tae points out that Moon-Young can do it herself as she isn’t a baby.

Kang-Tae is lost when he stares at Moon-Young. He avoids her eyes when she takes a look at him. She tells him that he needs to take the duty of cutting her hair. But he tells her to go to salon instead. She explains that she’s like his brother who doesn’t like other people to touch her. She adds that she only allows him to touch her.

Moon-Young stops Kang-Tae to get in the car and asks him if he thinks she is beautiful. She agrees to what he says, and looks at herself in the car window. It makes him laugh. He tells her to get along well with Sang-Tae, and gets in the car. She smiles and closes the car door for him.

Kang-Tae arrives at the hospital, and he’s startled by Cha-Yong. Cha-Yong wonders if he looks bad, and takes a look at himself in the mirror. Kang-Tae asks Cha-Yong what happened last night.