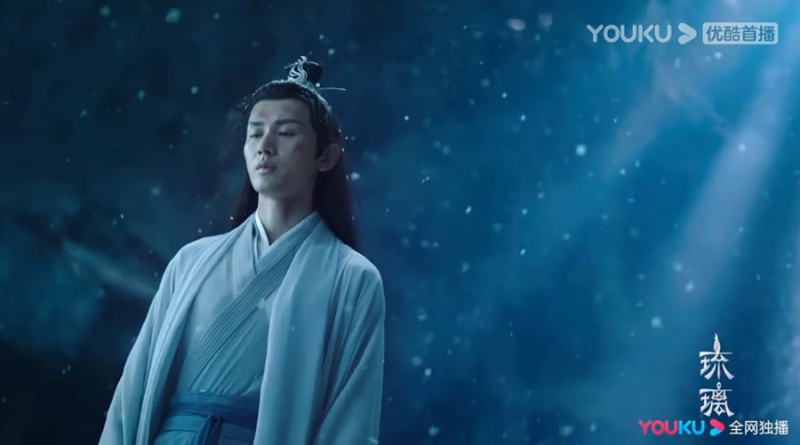 This is the Recap & Review for Chinese drama Love and Redemption: Episode 2. Xuan Ji’s blood flies to the treasure, and she picks up the piece. She sees War God defeating the guards. The man notes that someone broke into the mysterious realm. 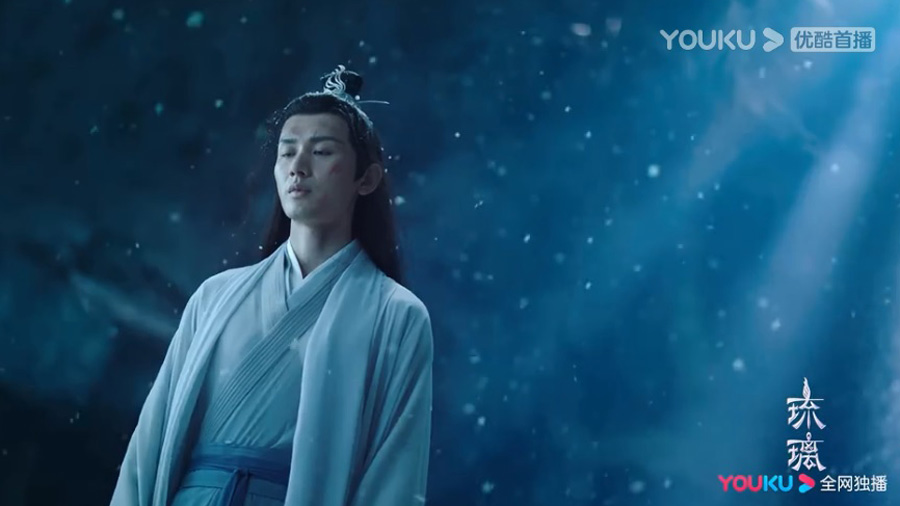 Note: From here on out there are specific plot spoilers for Love and Redemption: Episode 2.

Xuan Ji and Si Feng rises up. She asks the treasure who she is. The two leave the mysterious realm when the fire dragon attacks them. Si Meng wants to take back his mask. But Xuan Ji stops him. The fire dragon flies out from the water. The man shows up and makes the fire dragon fall into the water with fireball.

Heng Yang tells Chu Lei that he needs to return to Xuyang Peak with Hao Chen to firm the enchantment. He leaves. Chu Lei yells at Xuan Ji and thinks she had guts. He thinks she’s dead if Heng Yang and Hao Chen didn’t arrive. He asks her how she got in the mysterious realm. He adds that he’s questioning with the status of Shaoyang Chief.

Xuan Ji tells Chu Lei that she doesn’t know it, and thinks they got in because the enchantment was weak. She says that she didn’t lie, and claims she will take the duty if she makes mistake. She tells them not to blame the little stammer.

Chu Lei thinks it’s useless to beat Xuan Ji. Because she doesn’t know what’s the pain. He scolds her for taking the outsider to get in the mysterious realm of Shao Yang. He thinks she treats the rule of Shao Yang as nothing. He adds that they stood her because she lacks six souls.

Chu Lei says that he doesn’t expect that he spoiled Xuan Ji like that. He swears not to spoil her. He thinks she should take the duty because the mysterious realm is a important place of their sect. He tells her to go to Mingxia cave to think about her mistake. He adds that she can come back when she knows what’s responsibility.

Ling Long mentions Mingxia cave is the place the disciple made big mistake should go, and the place is dark and cold. She thinks her sister shouldn’t go there. Min Yan gets on knees and asks Chu Lei to take back his order. He thinks Xuan Ji is young, and she cannot stand the punishment.

But Chu Lei claims that he shouldn’t forgive for the reason that she’s his daughter. Because there’s family rules. Ling Long gets on knees and cries. But he stops her. Si Feng wants to persuade Chu Lei. But Chu Lei tells Si Feng that he will tell it to his elders about he getting into the mysterious realm of Shao Yang.