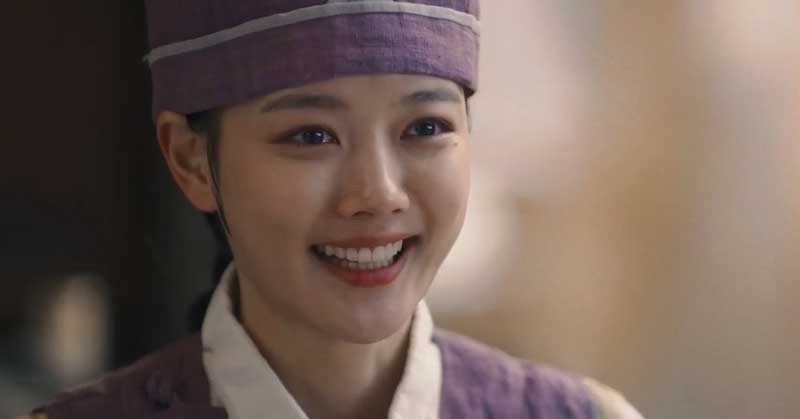 This is the recap for K-Drama Lovers of the Red Sky: Episode 4. Cheon-Ki tells her name to Ha Ram, and reveals her dad is a painter. He realizes that she was the girl he carried. She tries to help him walk into the house. Grand Prince Juhyang spots Ha Ram and tells Mi-Soo about Ha Ram’s identity.

Note: From here on out there are specific plot spoilers for K-Drama Lovers of the Red Sky: Episode 4.

Mi-Soo remembers Water Demon got into Ha Ram’s body. She stops Grand Prince Juhyang when he wants to be close to Ha Ram. Cheon-Ki goes out of house after he helped Ha Ram have a seat. Grand Prince Yangmyung spots Cheon-Ki and stares at her.

Cheon-Ki asks Grand Prince Yangmyung why he came to the place. He asks her if she saw Ha Ram. She denies and smiles at him. He avoids her smiling and tries to walk into the house. But she stops him and thinks he’s very rude. He tells her about his identity. It makes her laugh. She tries to driver him away.

Grand Prince Juhyang feels painful because of the scar on his belly. He remembers Water Demon got into his body and left the scar. He looks at himself from the mirror, and swears to find Water Demon. Grand Prince Yangmyung meets up with King Seongjo. He reports to him that the murderer isn’t a human.

King Seongjo remembers Water Demon. He tries to give a task to Grand Prince Yangmyung. But the follower reports to King Seongjo that Ha Ram visited him. King Seongjo goes to see Ha Ram. He asks him to explain why the owls cried. Ha Ram comforts King Seongjo that the owl’s crying will bring a good luck to him.

Choi Jung shows up behind Cheon-Ki. He startles her. Chun-Bok tells Cheon-Ki that Won-Ho wants to see her. Cheon-Ki goes to see Won-Ho. He tells her that she can only take part in the painting gathering after she completes the task he gave to her. She promises to complete the task. She’s furious to leave the room.

Won-Ho asks people to take a look at the list of the players. Cheon-Ki finds out that she’s not on the list, and blames Won-Ho for doing that. He points out that she didn’t complete the task he gave her. She’s furious to walk away.

Cheon-Ki takes away the list from Chun-Bok. She writes her name to the list, and tries to return the list to Chun-Bok. He flees because he worries that he will take the duty. Cheon-Ki is upset after she realizes that she will see Grand Prince Yangmyung.

Grand Prince Yangmyung picks up the book Cheon-Ki dropped. He takes a look at the book and thinks she’s the student of Won-Ho. He tries to take away the list but tears it up and makes Cheon-Ki fall. Ha Ram catches the chance to hug Cheon-Ki. The two have an eye contact.

Eun-O paints the painting. He passes out. Cheon-Ki finds him and takes him to see a doctor. The doctor tells Cheon-Ki that Eun-O will pass away. She gets on knees to him and asks him for helping Eun-O. He tells her that there is a medicine which can save her dad. But it’s in the palace.