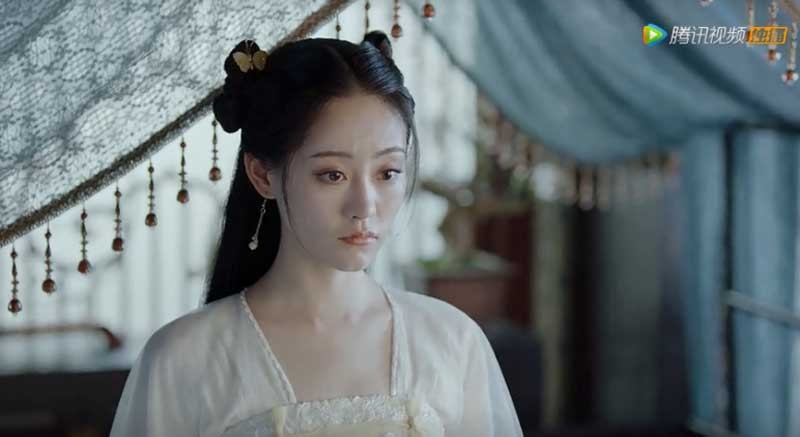 “Miss the Dragon” is a new Chinese fantasy drama which comes out in 2021. The drama tells a story about the dragon Yuchi Longyan who wants to repay the maid Liu Ying’s grace after she saved him. But the repaying method startles her.

“Miss the Dragon” is adapted from Organ Light Game’s novel “Encounter the Dragon”.

Zhu Xudan and Wang Hedi are the lead actors.

Zhu Xudan starred Chinese action drama “Psych-Hunter” in 2020. She played the role Yuan Muqing. She also starred “Heavenly Sword and Dragon Slaying Sabre” in 2019. She played the beauty Zhou Zhiruo who used to be an innocent girl. But she turns evil after the man she loves falls for another girl.

Liu Yihao starred Chinese romance drama “The Rational Life” in 2021. He played a man Qi Xiao who falls for his female boss. He also starred “Ever Night Season 2” in 2020. 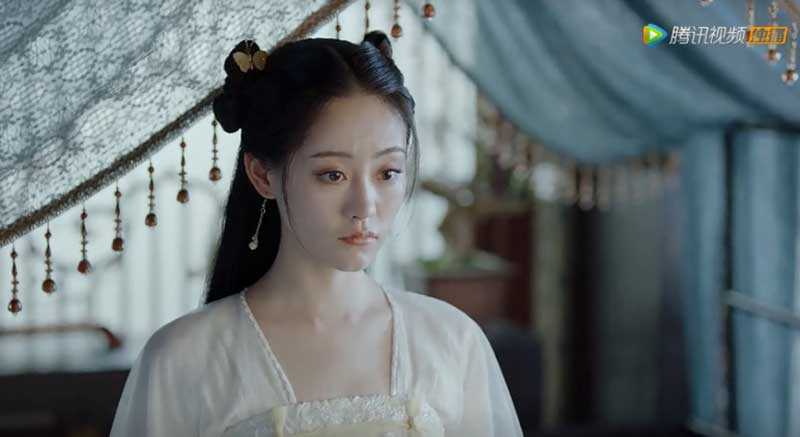 Liu Ying tells her miss Xiahou Xue the story of dragon and normal girl’s love. But Xiahou Xue doesn’t believe in it. Yuchu Longye is hurt after he accepted the Heaven Thunder. Mingge Xingjun tells him to steal the Gold Armor to deal with next Heaven Punishment.

Liu Ying takes the snake home and gives him a name Xiao Bai. She locks Xiao Bai in the cage. But he doesn’t like it. So she releases him. He climbs to her bed. It makes her sleep on the floor. She brings the quail egg to him. But he eats up her egg custard. She learns that he likes to eat cooked food.

She’s a maid who dreams to get married with a dragon. She saves a white snake and takes him home. She cures his injury. But she doesn’t expect that he’s a dragon.

He’s a dragon who is hurt when he steals Gold Armor. Liu Ying passes by and saves him even if she fears snake.

She’s a blue bird spirit. She wants to repay Liu Ying’s grace after she cured her leg. But she runs away when she sees Yuchi Longyan in Liu Ying’s room.

Liu Ying is in the carriage with Xia Houxue. She asks the driver Chang Fu when they will arrive at the place. She’s told that they will get in the city soon. Liu Ying comforts Xia Houxue that they will take part in the flower banquet in time. She hands over the Chinese chestnut to her.

Liu Ying shows the book “Encounter the Dragon” to Xia Houxue. She tells her that the dragon king and the normal girl get together after they took the hard time. The carriage stops. Xia Houxue’s leg is hurt. Chang Fu reports to Liu Ying that the refugees blocked their way. He goes to take a look at the refugees.

Chang Fu reports to Xia Huoxue that they’re going to leave because the refugees ran away. But Liu Ying tells Xia Houxue that her leg was hurt. Xia Houxue worries that she cannot take part in the banquet. Chang Fu tells her that she can only see a doctor after she arrives in the city.

Xia Houxue finds out that her leg isn’t in pain. She praises Liu Ying. Liu Ying tries to walk away. But the book drops. Xia Houxue tells Liu Ying not to treat the book as treasure. She thinks the dragon king won’t get spotted by humans. But Liu Ying believes that she will see dragon’s face one day.

Liu Ying looks at sky and sees a dragon. She’s excited to point at the sky, asking Xia Houxue to take a look at the dragon. But Xia Houxue doesn’t believe it. She tells Liu Ying to marry the dragon. The dragon falls into the water after he got hit by the lightning.