This is the Recap & Ending for Mr. Bad Chinese Drama: Episode 2. Xiao Wudi hands over the rose to Nan Xing. She tells her name to him. He asks her if she’s the answer he’s looking for. She’s confused. She remembers he tried to kiss her.

How Does Nan Xing Know She Summoned Xiao Wudi to Her World? 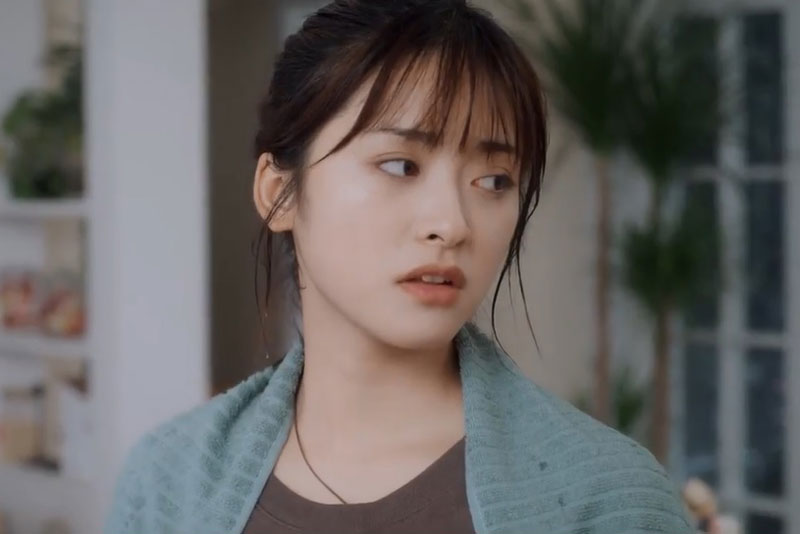 Note: From here on out there are specific plot spoilers for Mr. Bad Chinese Drama: Episode 2.

Nan Xing has the guts. She admits it. Xiao Wudi takes a look at her shoe. He wonders how she achieved it with her IQ. He tells her that he can help her. She rejects it and tells him to stay away from her. He walks aside and tells the stranger that he’s having a fight with his girlfriend.

The stranger walks away. Xiao Wudi casts the coin to Nan Xing’s heel to save her. But he ruins her shoe. He thinks she should asked him a favor early. It makes her angry. Xiao Wudi stay with Nan Xing at the bus stop. She tries to stay away from him. But he keeps following her.

Xiao Wudi asks Nan Xing how she summoned him to the world. She mistakes that he’s the patient who escaped from psychiatric hospital. He points out that each person wears like that in his dynasty. She takes a look at him. He thinks she cannot understand it with her IQ.

Xiao Wudi asks Nan Xing if she talked nonsense when he asked her the question. She asks him if he’s an ancient person. He admits it. She thinks it’s not her business. He tells her that he believes that she summoned him. He mentions what she said that she had seen him in the water. But he was in her arms after she woke up.

Nan Xing agrees to what Xiao Wudi said. He tells her that it was her first summoning. He asks her if she suspected it when he showed up behind her. He thinks he showed up at the street because of her summoning. She doesn’t believe it.

Xiao Wudi tells his name to Nan Xing. She’s shocked. She flees into the bus. Nan Xing takes a look at the pool. She wonders how it happened. She remembers she threw the coin into the pool to make a wish. Xiao Wudi shows up behind her. He asks her about her wish.

Nan Xing is startled to trip. She tells Xiao Wudi that she mistook that she fled successfully. He laughs to mention he’s happiness younger master. She asks him why he tangles her. She thinks he should be happy if he’s an ancient person.

Nan Xing tells Xiao Wudi to enjoy the modern life. But he tells her that he wants to get back to his world. He asks her to help her. But she thinks she doesn’t have the talent. He agrees to what she said. He thinks she did it by mistake. He asks her to think about what happened last night.

Nan Xing reveals she just came to the pool to make a wish. It makes Xiao Wudi believe that she wanted to get a good looking guy. She scolds him for saying such words. He yells at her for making such a wish. She explains that she came to make a wish to be get hired. She adds that she was provoked by the couple.

Nan Xing remembers she told the goddess that she wants to get the love she cannot forget. She tells Xiao Wudi that she had a dream after the coin fell into the water. He throws her coin into the water. He finds out that nothing happened. Nan Xing claims that it’s not related to her.

Does Immortal Zhen Agree to Help Xiao Wudi Get Back to His World?

Xiao Wudi tells Nan Xing to have a dream. He lets her lie on the ground with him. She thinks what they do isn’t right. She worries that people will think they took their lives for love. It makes him believe that she doesn’t want him to return to his world. Nan Xing thinks she cannot fall asleep with her will. Xiao Wudi helps her close her eyes. She worries that he cannot fall asleep. He tells her not to worry about him. He finds out that she falls asleep.

Nan Xing wakes up. She finds out that she’s at a weird place. She sees Goddess Pool. Fortune Teller shows up. He claims that the fairyland belongs to him. He introduces himself as Immortal Zhen. She asks him what he did to her and why he took her to the fairyland.

Immortal Zhen mentions Nan Xing wanted to get a love which she cannot forget. He adds that he gave Xiao Wudi to her. She’s furious to grab his neck. She tries to kill him. He stops her and blames her for repaying him with the revenge.

Nan Xing tells Immortal Zhen that she doesn’t want to be in love with Xiao Wudi. He mentions Xiao Wudi is outstanding. He thinks Xiao Wudi is match for her. She yells at him that Xiao Wudi is a villain. She asks him if he’s going to accept Xiao Wudi if she gives Xiao Wudi to him.

Nan Xing wakes up from the dream. She takes a look at the coin. She turns around and sees Xiao Wudi who falls asleep on the ground. She realizes that the dream is real. She’s scared to run away. Nan Xing returns home. Madam Nan greets Nan Xing. Nan Xing ignores Madam Nan. She runs into her room.

Nan Xing covers her with the quilt. Madam Nan walks into the room. She asks Nan Xing what happened. She touches her forehead because she mistakes that she caught a cold. Nan Xing denies it. She explains that she’s tired because of the interview.

Madam Nan wants to cook for Nan Xing. Nan Xing rejects it. She tells her mom that she wants to take a break. Madam Nan thinks her daughter failed the interview. She reveals she’s going to go to another city for the performance. She invites her to go with her.

Nan Xing wakes up in the morning. She’s surprised that she slept on the floor last night. She turns around and sees Xiao Wudi. She’s startled to look at him when she covers her mouth with her hand. She wonders how he got into her room. She thinks he had followed her.

Nan Xing tries to walk away. Xiao Wudi stops her. He covers her mouth with his hand. He tells her to be silent if she doesn’t want to get more people involved. She agrees to it. She explains to him that she gave up him at the place because she was busy.

Xiao Wudi tells Nan Xing that he has followed her. She learns that he pretended to fall asleep. She complains that she wrote the villain who cannot be defeated. Xiao Wudi asks Nan Xing if she had dreams last night. She denies it because she doesn’t want to tell him the truth.

Xiao Wudi sighs. He tells Nan Xing that she has to sleep with her before she sends him to his world. She’s against it. She mentions men and women don’t touch each other before they get married in his world. He’s close to her. He tells her that she’s not the ancient she mentions.

Episode 2 of Mr. Bad ends with Nan Xing walking on the street in the evening. She wonders if Xiao Wudi brought trouble to her. She complains that she has been bad lucky after he came. She thinks she will be killed by him. She asks the fairy if she sent Xiao Wudi to punish her.