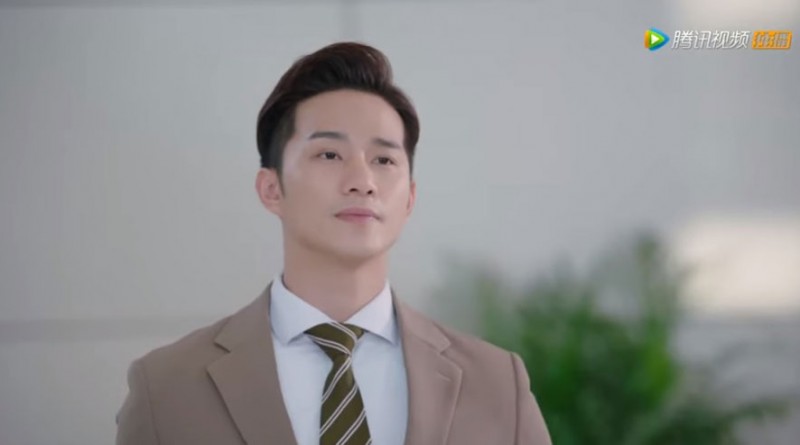 This is the recap for My Girlfriend is an Alien: Episode 14. Xiao Qi tries to find the annunciator from Fang Leng, but he tells her that she isn’t his girlfriend anymore, and tells her to get off the car. Xiao Qi thinks Fang Leng is too stingy.

My Girlfriend is an Alien: Episode 14 Recap 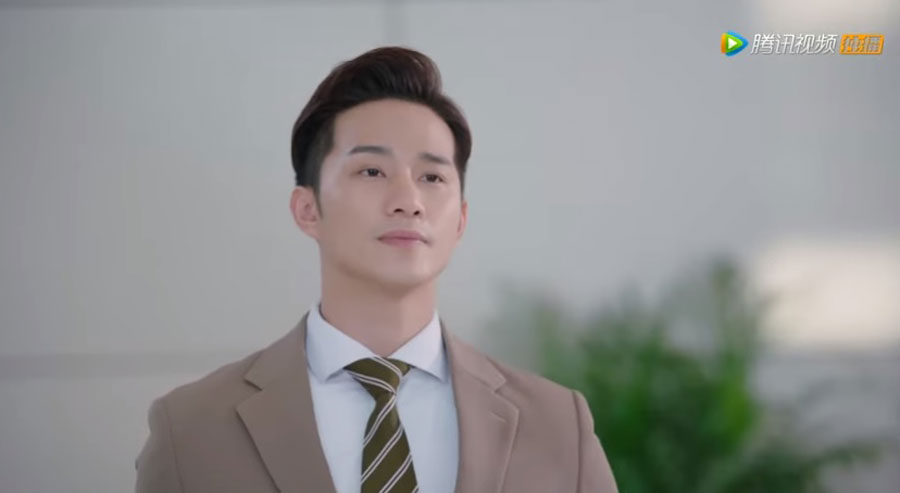 Note: From here on out there are specific plot spoilers for My Girlfriend is an Alien: Episode 14.

Doctor Zhang takes Xiao Qi’s photo and asks Fang Leng if he is sure that he didn’t do something on Xia Qi before the heavy rain. Fang Leng denies, and the secretary wants to invite Xiao Qi.

Doctor Zhang thinks Fang Leng forgets the change Xiao Qi made for him, and he decides to visit Xiao Qi.

Mr. Han brings the data of memory bank to Fang Leng, but he finds out that the part about Xiao Qi was deleted. Fang Leng thinks he deleted himself, but Mr. Han disagrees as he thinks Fang Leng cares for Xiao Qi.

Xiao Qi reveals Fang Leng still wanted to stay with her even if she owns nothing. But Fang Leng tells her that he can promise her any condition if she agrees to break up.

Xiao Qi realizes that Fang Leng kept using her, and she doesn’t agree to break up. She tells him that she wants to change him, and he asks for an answer three days later.

Xiao Qi brings the porridge to Fang Leng, and tries to make him remember her. But he gets the bodyguard to send her away.

Xiao Qi sneaks into Fang Leng’s room and ties him up to use the alien skill on him. But he passes out. She wakes him up, but he catches the chance to subdue her.

Fang Leng asks Xiao Qi what it means that she wanted to help him, and she reveals that she was the only person he could remember. He asks her if he fell for her, and she admits that she was just a tool to him.

Xiao Qi tells Fang Leng that her stuff is in his heart, and asks him to be beating for her while touching his chest. The two have an eye contact, and he wishes to never have memory to her. Xiao Qi leaves the room.

Jiang Xue thinks she broke Fang Leng’s love in Fang Lie’s mind. She promises to get a better job for Xiao Qi, but Fang Lie doesn’t want to hurt Xiao Qi for his personal feelings.

Fang Lie waits for Xiao Qi and asks her where she went. She complains that she helped a person she shouldn’t help, and reveals she will leave once she gets the stuff. Fang Lie wants to help Xiao Qi to take it. But she tells him that it will hurt Fang Leng if she takes it hard.

Xiao Qi is surprised what she drinks is wine, and Fang Lie thinks Xiao Qi falls for his brother so that she doesn’t see the wine bottle. Xiao Qi says that she is happy that Fang Leng forgets her, so that she won’t worry about him after returning to her planet. Fang Lie thinks she has her planet dream again.

Fang Leng tells Mr. Han to fire Xiao Qi, but Fang Lie disagrees. Fang Leng threatens to fire Fang Lie as he thinks the person is useless to give up career for women. Xiao Qi tells Fang Lie that she couldn’t use employee card because she was fired. Fang Lie wants to give his employee card to Xiao Qi. But she says that she can pass the gate without employee card.

Jiang Xue brings milk tea to Fang Leng, and tells him that she can help him get rid of Xiao Qi. Mr. Han tells Fang Leng that someone leaked the breakup news to media.

Fang Lie wonders how to come up with a perfume scheme, and Xiao Qi thinks their perfume will succeed when they find the fragrance to motivate hormone. Fang Lie likes the idea.

Fang Leng shows up, and tells Feng Lie to get out. Fang Leng blames Xiao Qi for leaking their breakup to media, and tells her not to speak out any news about him. Xiao Qi thinks Fang Leng is very stupid.

Ms. Chai gets Xiao Qi to watch the news, and Xiao Qi knows that Fang Leng wants to clarify the gossip in the party. Xiao Qi wants to help Fang Leng.

Xiao Qi runs into Fang Leng and tells him that she wants to help him. Jiang Xue shows up and intends to take Fang Leng away. Xiao Qi asks Fang Leng if he doesn’t need her help, and he tells her to go home.

Jiang Xue asks Xiao Qi to help Fang Leng clarify the rumor, and Xiao Qi walks in the party. Jiang Xue tells the reporters to interview Xiao Qi, and asks Xiao Qi how she got in F group.