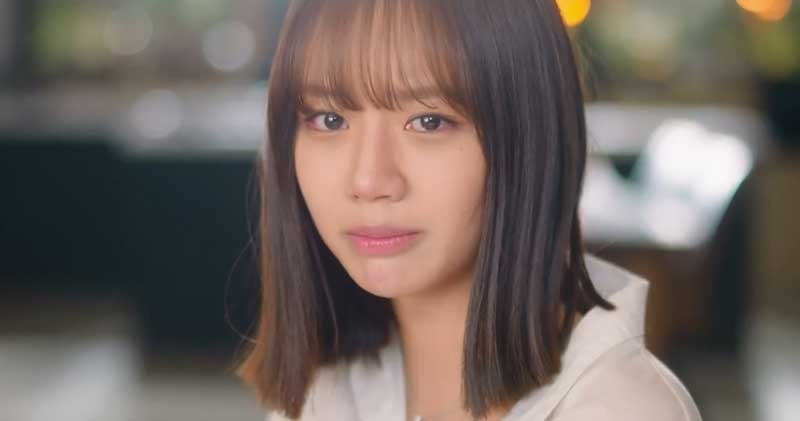 This is the recap for K-Drama My Roommate Is a Gumiho Ending: Episode 16. Woo-Yeo thinks he will achieve his dream and live a happy life with Lee Dam. But he finds out that his hands begin to disappear when he looks at himself from the mirror.

My Roommate Is a Gumiho Ending: Episode 16 Recap 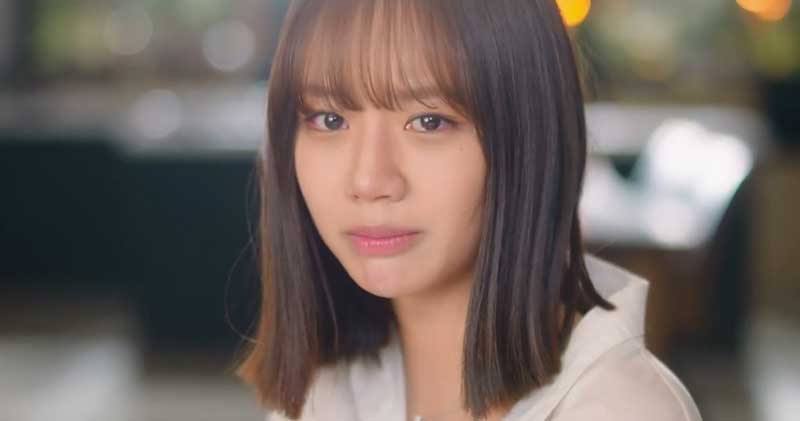 Note: From here on out there are specific plot spoilers for K-Drama My Roommate Is a Gumiho Ending: Episode 16.

Gumiho lifts his arms to take a look at his hands. He tells Lee Dam that the day will come. She mistakes that he will be successful. She’s happy to tear up. She hugs her roommate. Hye-Sun visits Woo-Yeo and wants to celebrate the day from him after she heard the good news. But she notes that he’s not happy.

Hye-Sun learns what happened on Woo-Yeo. She tells him to ask Mountain Spirit a favor. But he says that the jerk ignored him after he contacted him. She comforts him that the good news will come if he takes care of the bead. Lee Dam spots Woo-Yeo in the library. She waves to him and joins him.

Lee Dam takes Woo-Yeo to see Lee Dan, and introduces him as her lover. But Lee Dan doesn’t believe it until Woo-Yeo shakes hands with him. Lee Dam tells his brother that Woo-Yeo visited him because he wants to do something for him. She mentions her lover shot before.

But Lee Dan doesn’t think he needs Woo-Yeo’s help. He claims that he’s a professional player. Woo-Yeo takes Lee Dan’s bow to shoot the target. He hits the bull’s eye. Lee Dan spots it. He’s shocked. Woo-Yeo tells Lee Dan to change his posture so that he won’t get hurt on his shoulder. Lee Dan is surprised. He calls Woo-Yeo brother-in-law. It makes his sister laugh.

Lee Dam walks her roommate and tells him that Lee Dan made it after he trained him. She thinks her brother shouldn’t call Woo-Yeo brother-in-law. But he says that he loves the appellation. He tells her to have a good rest. But she hugs him from his back, and thinks he trained Lee Dan for her.

Woo-Yeo turns around to grab Lee Dam’s hands. He tells her that he intended to get along well with her brother. She’s surprised that he began to care for people she loves. She thinks he will be a human soon.

Woo-Yeo notes that Lee Dam is making coffee. He offers to go to the restaurant to have breakfast. She feels happy because she likes delicious foods. The two go the the restaurant. Lee Dam shows the things she wants to do with Gumiho. But he stops her, and takes her to catch dolls.

Woo-Yeo takes Lee Dam to visit the wish wall. He tells her to make one after he saw the wishes of people. But she rejects it. She mentions he broke up with her after she made a wish. So he asks her how to end the relationship without hurting the person. She tells him that the person will get hurt deeply no matter what he does.

Lee Dam trips. Woo-Yeo tries to catch her. But he’s sent to the street. My Roommate Is a Gumiho gets us to see crack of the bead. Lee Dam looks for Woo-Yeo. He shows up and holds her arm. She turns around and spots him. She’s furious to blame him for his missing.

Woo-Yeo remembers what Hye-Sun told him that his roommate will be sorrowful if she sees his missing. He tells Lee Dam that he wishes her to live with her brother. But she worries about him. He comforts her that he will deal with the case well. He takes her home. She asks him about the reason which made him change his mind because he wanted to keep her.

Woo-Yeo denies and hugs Lee Dam. She smiles at him and gets into the house. He returns home and sits on the floor. He tears up. Jae-Jin visits Hye-Sun and brings a bottle of wine to her. He tells her to have a rest after he put the wine on the table. But he makes the box fall to the floor. The blue bead rolls out.

Hye-Sun is shocked. Jae-Jin picks up the bead and thinks it was given by her parents. She denies. He returns home and swears to warm up her after knowing she lives alone. Woo-Yeo shows up when Hye-Sun is drinking. He sits on the couch. She hands over the wine to him.

Woo-Yeo tells Hye-Sun that he feels grateful for what she did for him. She stops him when he’s going to do farewell. He wants her to do something for him. He spots the blue bead in the box. Lee Dan walks into the room and asks his sister why she doesn’t live with Woo-Yeo. She tells him that she wants to improve her scores. He asks her if Woo-Yeo intends to disappear. Because he asked him to treat her well. She takes a look at the photo. She finds out that her lover disappeared from the photo. She takes her clothes to run out of the room.

Woo-Yeo writes the letter to Lee Dam. He tells her that she’s very important to him. He sheds tears after he looked at himself from the mirror. Lee Dam talks with Woo-Yeo when she runs at the street. She tells him that she feels bad after she thought about his words about ending. The truck rushes to her when she’s going to walk across the street.

Lee Dam trips aside before the truck hits her. She turns around and finds out that Gumiho lies on the ground. She runs to him when she calls his name. But he disappears in front of her. She gets on knees and tries to find any piece of him. But she fails. She cries.

Hye-Sun visits Lee Dam when she is reading the letter which Woo-Yeo wrote to her. Lee Dam cries to tell Hye-Sun that she killed her roommate. Hye-Sun comforts Lee Dam and tells her not to feel guilty. She says that it’s Woo-Yeo’s fate. But the girl doesn’t believe in the fate, and wishes her boyfriend to get back. Hye-Sun feels sad.

Lee Dam reads the letter when she lies in the bed. She sighs. Lee Dan opens the door and walks into the room. He wants to care for her. But she ignores him. So he leaves. She takes a look at her phone. She finds out that Woo-Yeo doesn’t disappear in the photos. She thinks he’s still alive, and goes to his house.

Lee Dam looks for Woo-Yeo in his house. But she fails even if she visited every place of the house. She sheds tears, and thinks he will return to the house if she stays there. Hye-Sun learns that Lee Dam still live in the house to wait for Woo-Yeo. She tells her that her roommate asked her to use her bead to get rid of her memories. Because he knew the girl would be sad.

Hye-Sun holds the blue bead. She tells Lee Dam that it’s Woo-Yeo’s last wish. Lee Dam cries. Woo-Yeo hears her crying when he’s sleeping. He remembers the past he took with her. He sheds tears. Lee Dam takes a look at the blue bead. She rejects the bead because she wants the man to live in her heart.

Lee Dam wakes up. She gets up from the couch. Woo-Yeo stares at her when he sits behind her. He smiles at her and asks her if she’s happy. She goes to hug him, and gives him a kiss. Hye-Sun cries after knowing Woo-Yeo is still alive. Jae-Jin runs to join her. He asks her to tell him the story. She walks in his arms and tells him that she’s very happy.

Jae-Jin meets with Soo-Kyeong. He tells her that he worries that Hye-Sun will break up with him if she knows that he will become a soldier. Hye-Sun shows up. She tells him that she heard what they said. He explains that he’s scared of Gumiho. She worries that he will stay away from her if he finds out her background. She reveals Lee Dam and Woo-Yeo are living a happy life after Soo-Kyeong asked her about it.

Woo-Yeo and Lee Dam show up at the street when they wear sunglasses. He holds her hand after they arrived at the restaurant. But the food is sold out. Lee Dam is disappointed. Woo-Yeo comforts her that he will cook the food for her. She worries about more because she tasted the foods he cooked. He brags that he’s not the Gumiho who is bad at cooking anymore.

Woo-Yeo cooks for Lee Dam. But he scorched the food. She has to order sandwiches. She tells him to be writer when she eats the sandwich. She adds that people favor the stuff he wrote. She reads the comment for him. But he finds out that the reader doesn’t like his writing at all. He wants to take a look at the comment. But she rejects it.

Lee Dam tells Woo-Yeo to go to sleep. But he tells her that his body is good enough, and goes to take vitamins. She catches him when she hugs him from his back. She tells him that Sun-Woo is going to leave Korea. Sun-Woo puts his luggage into the trunk. Seo-Woo tells her brother that she doesn’t want to see him. He gets into the car after he gave her the notebook.

Seo-Woo spots the note Sun-Woo wrote to her. It tells her to use the stuff he had. She’s moved and sees the car off. She cries. Seo-Woo spots Lee Dan passes by. She glares at him because Lee Dam hurt her brother. The thieves catch the chance to take away her bag. She tries to chase them but she trips.

The thief tries to throw the bag to his friend. But the arrow fixes the bag on the tree. Seo-Woo sees Lee Dan targeting the thieves with his bow. The thieves are scared to run away. Lee Dan runs to take off the arrow. He returns the bad to Seo-Woo. He tells her to take a look at the inside of the bag. She’s shy when he checks the arrow. The Cupid’s arrow shoots her heart.

Hye-Sun goes on picnic with Woo-Yeo and Lee Dam. She feels happy when she enjoys the wine with them. She says that she wants to ring the silver bell. But he fixes her words. She tells him to be nice to her because she thinks he needs her to teach him something. But he thinks she has nothing to teach him because his path of becoming a human was harder than her.

Hye-Sun tells Woo-Yeo how she took the hard time to become a human. But he ignores her and flirts with Lee Dam. She points out that he was successful because the Mountain Spirit helped him. He explains that he overcame his fate on his own. But she blocks her ears with her hands. Lee Dam mentions her tears help Woo-Yeo get back. She laughs to hug him. Hye-Sun is sick to see the two because Jae-Jin doesn’t stay by her side.