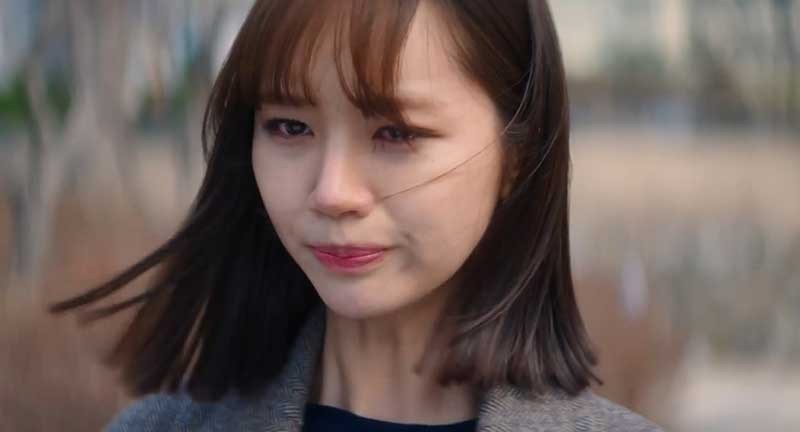 This is the recap for K-Drama My Roommate Is a Gumiho: Episode 13. Lee Dam walks at the street. She regrets for believing in Woo-Yeo. She cries and realizes that she trusted him because she fell for him. The girl talks about Woo-Yeo and Young-Joo with another girl. She thinks the two get together.

My Roommate Is a Gumiho: Episode 13 Recap 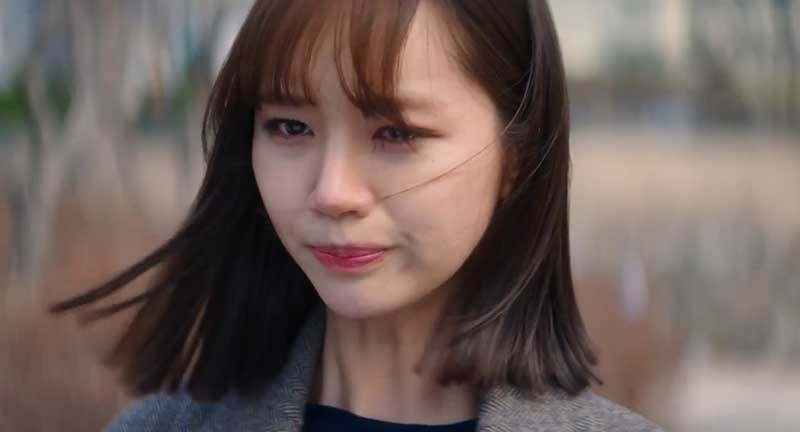 Note: From here on out there are specific plot spoilers for K-Drama My Roommate Is a Gumiho: Episode 13.

Hye-Sun takes a look at the photo. She’s shocked. She goes to see Gumiho and asks him why he did that. She reveals the bead turned blue. Soo-Kyeong finds Lee Dam and returns the bag to her. She thinks she left the classroom because her lover visited her. She wants to see the guy.

But Lee Dam tells her friend that her lover left. Soo-Kyeong promises not to tangle the man, and wants to buy him a meal. Lee Dam tears up and goes to the bar with Soo-Kyeong. Soo-Kyeong learns that Lee Dam got dumped. She tells her to drink, and carries her when she’s drunk.

Soo-Kyeong recognizes Woo-Yeo and tells him that she wants to see Lee Dam’s love. She invites him to play with her at the club. But he walks away. Lee Dam gets off the bus. She’s drunk to walk alone the street. Woo-Yeo follows her until she goes home.

Lee Dam cries. She turns around and sees him. She tells him that they need to break up for protecting other people. He holds her cheek to wipes off her tears. She catches the chance to grab his hands. She asks him why he didn’t use her. He tells her that he didn’t want her to get involved. He apologizes to her for falling for her, and hugs her. She cries in his arms.

Lee Dan wakes Lee Dam up. She goes to the school and walks into the classroom. Sun-Woo hands over the drinks to Lee Dam after she has a seat. She asks him not to tell other people about her and the Gumiho’s relationship. He agrees to it, and claims that he won’t pursue her if Woo-Yeo is a good guy.

Woo-Yeo spots his roommate talking with Sun-Woo. He wants to walk to them. But Hye-Sun stops him and asks him if he went to see the girl. She tells that that Lee Dam got angry because he hurt other people. She thinks he should learn to be a human if he wants to get together with a human girl.

Hye-Sun asks Woo-Yeo what he will do if she will be hurt. But he tells her that it’s not his business. She gets angry and thinks Lee Dam should choose Sun-Woo. He asks her if he made a mistake when she stoops to pick up the coins. She denies and tells him that the girl wish him to have human nature.

Hye-Sun runs into Lee Dam. She tries to avoid her but she gives up her mind. She tells her that she will buy her a meal. She takes her to the restaurant, and asks her if the Gumiho betrayed her for another woman when she’s eating. Lee Dam denies and thinks she’s a idiot after she spotted Woo-Yeo sucking Young-Joo’s soul.

Hye-Sun points out that Woo-Yeo is a Gumiho. She thinks he’s like a human when he faces Lee Dam. She reveals the bead’s color was changed. She thinks Woo-Yeo will achieve his dream. Lee Dam goes to see Woo-Yeo when he just got off from his car. She takes him to get into the house.

Woo-Yeo tells Lee Dam that he feels sorry for what he did to her. But he reminds her that he’s a Gumiho. He tells her that he cannot live without her. She grabs his hand and blames him for using someone else instead of her. She asks him for the bead. He rejects it because he doesn’t want to get her involved.

Lee Dam holds Woo-Yeo’s head and tries to suck the bead out from his mouth. But he disappears. She doesn’t give up, and keeps showing up in front of him. Hye-Sun tries to contact Woo-Yeo. But she gives up the mind because she believes he can resolve the problem.

Jae-Jin joins Hye-Sun after he got a cup of water for her. She explains the report to him after he praised her. Dae-Hun shows up and thinks Jae-Jin is just her follower. She’s furious to beat him with her bag. She leaves with Jae-Jin.

Jae-Jin hands over the class schedule to Hye-Sun. He thinks she needs it. But she tells him not to treat her well because he will get hurt if she dumps him. Lee Dam pretends to have a stomachache when Woo-Yeo passes by. He goes to see her and wants to help her. But she catches the chance to take away his stuff. She thinks he cannot flee this time. But he disappears.

Hye-Sun spots Gumiho and notes that he’s uncomfortable. She runs to him and helps him have a seat. She tells him to let Lee Dam to take the bead after knowing what happened. But he doesn’t want to hurt the girl. She points out that Lee Dam will be sad if he passes away. She grabs his hand and wants to give her energy to him. But Jae-Jin spots it. He’s sad to walk away.

Hye-Sun meets with Lee Dam and tells her not to stick to Woo-Yeo. She thinks it’s the only way to make him approach her. Jae-Jin feels sad because he thinks Woo-Yeo took away his woman from him. Lee Dam shows up and asks him for drinking together. He agrees to it. The two go to the bar.

Jae-Jin tells Lee Dam that he’s sad because Woo-Yeo and Hye-Sun are in love. But she tells him that the two don’t have any love relationship. The girl complains to her friend that her boyfriend was in jealousy after he saw the photo of her and another guy. Lee Dam has a plan after she heard the story.

Woo-Yeo gets a message from Lee Dam. She tells him that she won’t show up in front of him. She smiles him and thinks he will be her slave. Hye-Sun buys coffee. She spots Jae-Jin and calls him. But he ignores her and walks away with Lee Dam. Lee Dam tells Jae-Jin that he must stay with her if he wants Hye-Sun to love him.

Lee Dam pushes Jae-Jin away after they’re far away from Hye-Sun. She washes her hands because her hands contacted him. Jae-Jin worries that Hye-Sun will stay away from him if she knows the truth. Lee Dam tells Jae-Jin to tell Hye-Sun that he won’t contact her. But he tells her that he will beat her if they fail.

Woo-Yeo goes to the library. He spots Lee Dam and Jae-Jin getting together when they study. Hye-Sun joins him. She spots it and thinks the two are in love. She tells herself that she won’t be upset because of the two. The girl bumps Hye-Sun. The class schedule drops. Hye-Sun picks the class schedule up.

Jae-Jin walks Lee Dam. He thinks she doesn’t have to hold his hand because the girl he loves isn’t there. But she points out that Hye-Sun will appear at any time. Hye-Sun spots the two. She tries to walk away. But Jae-Jin rolls down from the stairs. He feels pain because his leg was hurt.

Hye-Sun walks Jae-Jin. She tries to make sure if he’s fine. But she spots Woo-Yeo who is standing at upstairs. Hye-Sun wants to help Jae-Jin go to the hospital. But he gives the task to Lee Dam. Hye-Sun is shocked when she spots him putting his hand on Lee Dam’s shoulder. Lee Dam takes a look at Woo-Yeo before she leaves.

Hye-Sun glares at Woo-Yeo and follows him to his office. She blames him for hurting Jae-Jin. But he tells her that he didn’t do that. She tells him that he will never become a human if he keeps doing such a thing. She’s furious to leave his office.

Jae-Jin is lame to walk out of the pharmacy. He intends to take a taxi. Lee Dam stops him and tells him that Hye-Sun will be there soon. She thinks the girl loves him. But he doesn’t believe in it. He thinks it’s his fate not to own the beauty. He yells at her that he doesn’t want to see Hye-Sun.

Hye-Sun hears what Jae-Jin said. She’s furious to walk away. He follows her but trips again. He tries to keep her when he climbs on the floor. But he fails.