This is the Ending Explained for One and Only Chinese Drama Episode 24. Cui Sanniang leaves. Cui Shiyi tears up. She opens the handkerchief, reading the blood letter Zhou Shengchen wrote to the emperor. He tells the emperor that he fails Cui Shiyi.

One and Only Chinese Drama Ending Explained 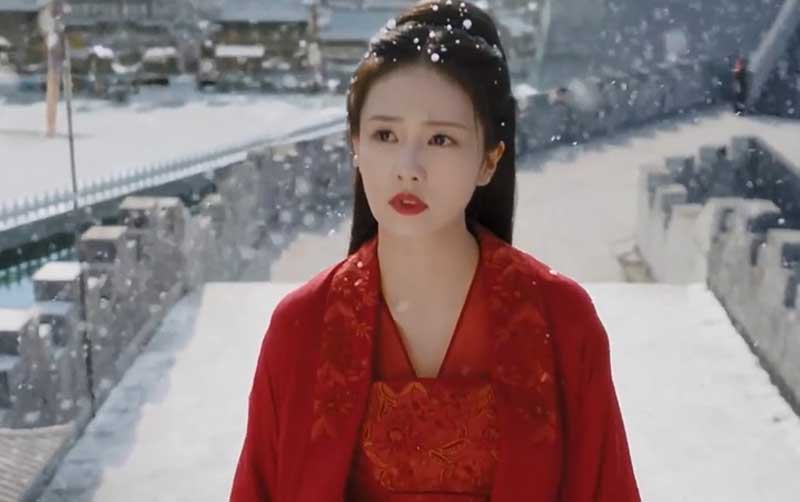 Note: From here on out there are specific plot spoilers for One and Only Chinese Drama Episode 24.

Cui Shiyi falls on the bed to cry when she holds the blood letter. Cui Feng holds the sword to walk out of the tent. He believes his parents will understand what he does. He tells the troops that he gives up his name and rebels. He pulls out his sword. The soldiers pull out their swords. They cheer.

Cui Sanniang looks at the snow. She reveals it snowed like that during the night her husband left. The follower reports to Cui Sanniang that Cui Feng gave up his name. He worries that the emperor will get angry. Cui Sanniang thinks Cui Feng won’t surrender. He doesn’t expect that he used the name “Zhou”.

The follower agrees to what Cui Sanniang said. He thinks they thought about it too much. She tells him to wait for Mr. Huang’s message. The maid walks into the room. She finds out that Cui Shiyi hasn’t slept all night. Liu Zixing thinks it’s hard for Cui Shiyi to accept that Zhou Shengchen rebelled. He tries to feed her the water, revealing his brother rebelled as well.

Liu Zixing reminds that many people will get killed because of Cui Feng’s rebelling. He asks her if she wishes Cui family to take the path of Gao family and Qi family. She avoids it when he asks her to drink the water. He tells the maid to go to prepare the breakfast.

Liu Zixing lifts the blanket. He finds out that Cui Shiyi holds a knife. He takes away the knife. He dresses the wound for her with the handkerchief. He tells her that he intended to let her play zither when she becomes consort. He thinks she cannot do that. He leaves with the knife. She tears up.

Liu Zixing pours himself a drink. He takes a look at Cui Shiyi’s portrait. He complains that the beauty didn’t say anything to him. He holds to wine cup to walk to the portrait. He points out that there’s no emperor who would keep the prince’s life if he guarded West State for twenty years. He reveals he killed Zhou Shengchen in front of people.

Cui Shiyi goes to the rooftop of the side palace. Zhou Shengchen joins her. He tells her that imperial army came back. She tears up because he doesn’t come back. She burns the victory reports.

It flashes back. Zhou Shengchen hands over the victory report to Cui Shiyi because he heard she hasn’t slept for ten days for the report.

Empress points out that Liu Zixing’s throne was given by her family. She tells the maid to get lost. Cui Shiyi wipes off her tears when Empress walks into her room. Empress hands over the water to Cui Shiyi. She leaks that her family decides to go to south. She reminds her that Beichen Kingdom will be ruined if her family does so.

Empress confesses that she told the message to Cui Shiyi because they were friends for one night. She thinks she should know the truth. The maid tells Cui Shiyi that Liu Zixing loves her very much. She walks away. Cui Sanniang waits for the generals. The generals think only Cui Shiyi can be empress. She takes them to get into the palace.

Does Cui Shiyi Kill Herself?

Liu Zixing stares at Cui Shiyi’s portrait. He thinks he’s going to get married with her. Cui Sanniang walks into Cui Shiyi’s palace. She tells the maid that she wants to have a talk with Cui Shiyi. The maid leaves the palace. Cui Sanniang tells Cui Shiyi that her father blamed her for sending her to the palace in her dream.

Cui Shiyi gets off the carriage. The general greets her and tells her that he will help her flee. She walks out of the palace gate. The people of Beichen greet her. She sees Prince Pingqin. She bows to him returning to the palace. The follower wonders why Cui Shiyi did so. Prince Pingqin explains that Cui Shiyi didn’t want to get them involved.

Cui Shiyi walks to the palace wall. She knows her mom wants to sacrifice herself to save her. But she cannot flee because she doesn’t want the people of her clan to die for her. The general Yang Shao follows Cui Shiyi and sees the red cloth she left. He pays his respect to her.

Cui Shiyi takes off her hairpin. Liu Zixing is on the way to the palace wall. Cui Shiyi confesses that she won’t get married with Liu Zixing because he killed Zhou Shengchen. She asks Cui Sanniang to allow her to give up her first name. She adds that Shiyi just belongs the palace of South City Prince.

Cui Shiyi reaches the palace tower. She cries to tell Zhou Shengchen that she came to get married with him. She asks him to marry her first if they have an afterlife. She thinks he agreed to it because he’s silence. She jumps off the city tower. Liu Zixing fails to catch her.

Liu Zixing cries after seeing Cui Shiyi falling to the ground. The people of Beichen get on knees to Cui Shiyi to see her off. Cui Sanniang cries after knowing her daughter took her life. Cui Feng tears up after he received the bad news.

Jin Rong is happy to walk into the palace. But he’s killed by Yang Shao. Princess Xinghua feeds Liu Zixing medicine when he’s sick. She leaves the palace because she volunteered to marry to Nanxiao Kingdom. Liu Zixing passes away. Feng Qiao walks Xiao Yan out of Xi State. She asks him if he gives up the revenge. Xiao Yan tells Feng Qiao that he has dropped the revenge. He walks away. She smiles when she sees him off.

Xie Yun admits it. He tells Chief Monk that he wanted to come to the place before he leaves. Chief Monk walks away. Xie Yun takes a look at the plaque of Blue Dragon Temple. He turns around and sees Cui Shiyi and Zhou Shengchen. Cui Shiyi greets Xie Yun. She walks into the temple with Zhou Shengchen.

One and Only Chinese Drama Episode 24 stars Bai Lu and Ren Jialun.