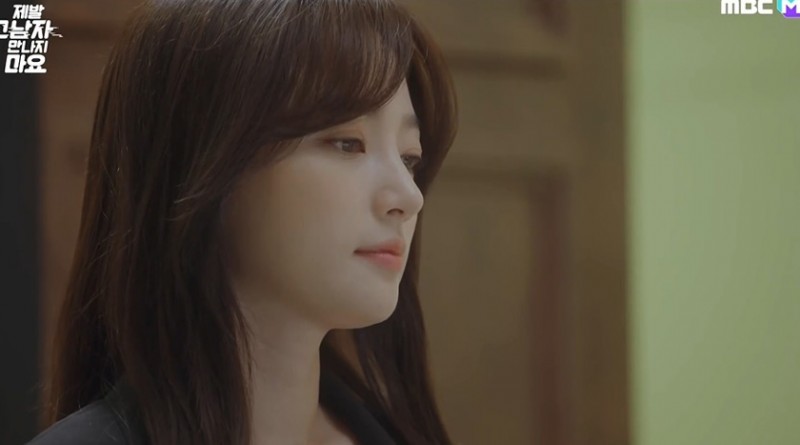 This is the Recap & Review for Korean drama Please Don’t Date Him: Episode 1. Ji-Sung takes the box and goes out to have a seat. The guy brags to his friend that the woman falls for him after he showed her the car key. She opens the box and finds out that she is tricked. 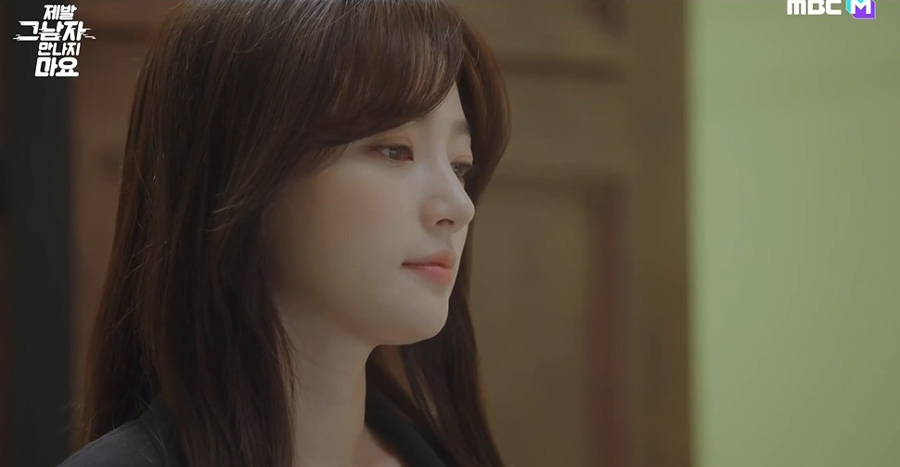 Note: From here on out there are specific plot spoilers for Please Don’t Date Him: Episode 1.

Ji-Sung takes out her phone and warns the girls not to like the guy who takes a car key. She is successful because the wedding get cancelled.

Ji-Sung introduces the AI fridge to the colleagues, and claims that it will give her the best menu after she tells her details to him. But it only gives her the cold water. She feels sorry and reveals it worked before. The boss Byung-Gil thinks apology means nothing to solve problems. He wants to get the fridge to give the foods according to the consumer’s money.

Ji-Sung points out that the fridge needs more details of the consumer, but they cannot do that because of the privacy. Byung-Gil hints Ji-Sung that she can get help from her colleagues. He asks her how much time she needs. She promises to complete before her honeymoon.

Ye-Seul takes the disinfection machine to show up. She takes off her hat and shows her good looking hair. She complains for the times of disinfection in a small coffee store. Ki-Hyun points out that she doesn’t know when the dirty people will visit her shop. Ye-Seul spots the cactus, and takes the milk to drink.

Ji-Sung gives the drinks to Dong-Jin and tells him to continue to work. But he says that he needs to leave because the game is going to be released. He takes the drinks since it belongs to him. So she has to work alone, and feels better after taking a look at the wedding photos of her and Jung-Han.

Ji-Sung texts Jung-Han and apologizes. He tells her to choose the photo to hang up. She chooses the second one. He says that he ordered the photo because she looks pretty in the second one.

Kook-Hee rides his bicycle while listening to the music. He stops after noting that there is a car accident. He arrives and sees a woman in the car. Her face is with blood. He wakes her up. She worries about her mom if she dies. He comforts her that he will help her, and opens the door with his tool. The woman is sent to hospital.

Kook-Hee goes to the gym and sees his friend O-Joong. O-Joong gets Kook-Hee to help him when he lifts a weight. He tells him to workout with him and do the group chat. Ji-Sung asks the fridge to give her the right foods. But he makes the mistake again. So she is furious to kick him. The fridge is on fire. She is startled to call fire department and reports what happened on her fridge.

The fire department sends the message to Kook-Hee. Kook-Hee arrives with O-Joong. Ji-Sung tries to put out the fire with the fire extinguisher. But it sprays the powder to her face. Ga-Eul shows up when Ji-Sung coughs. She ignores her and walks away with the fire extinguisher. Ji-Sung tells us that Ga-Eul’s the president’s woman. She worries that She will report it to the president.

Kook-Hee shows up and spots the looks of Ji-Sung. He teacher her how to use the fire extinguisher in the right way. But she sprays the powder to his face. She wipes the powder for him and feels guilty. He tells her that he is fine, and thinks she should clean her face.

Ji-Sung tells Kook-Hee that the cleaning robot Cain will do the job. She tells Cain to begin to work. But Cain rejects it. Kook-Hee tells Ji-Sung that what he meant wasn’t the floor but her face. He walks away. O-Joong encounters Ki-Hyun and tries to flirt with her. But she tells him that she has a husband.

Kook-Hee shows up. O-Joong tells Kook-Hee that the drinks in the cafe is amazing. Kook-Hee thinks O-Joong likes the drinks because the owner is a woman. Jung-Han encounters Ji-Sung and mistakes that she is a cleaner. He tells her to wash up. But she says that her work isn’t done. He sees the fridge and asks her about it. So she tells her that the fridge will recommend menus once she puts the person’s details.

Jung-Han is furious after knowing Ji-Sung didn’t put his details into the fridge. He thinks she doesn’t care for him at all. She explains that work and personal life are two different things. He tells her to go to the dinner, and wants to introduces his friends to her.

Ji-Sung cleans up the office after Jung-Han left. She asks the fridge to recommend a menus for Byung-Gil. He gives what she wants. She laughs and runs to hug him. She thinks he did a good job, but wonders why he knew Byung-Gil’s name. He shows Byung-Gil’s photos to her. She learns that her boss went to the hotel instead of funeral. She asks him to recommend a menus for Dong-Jin.