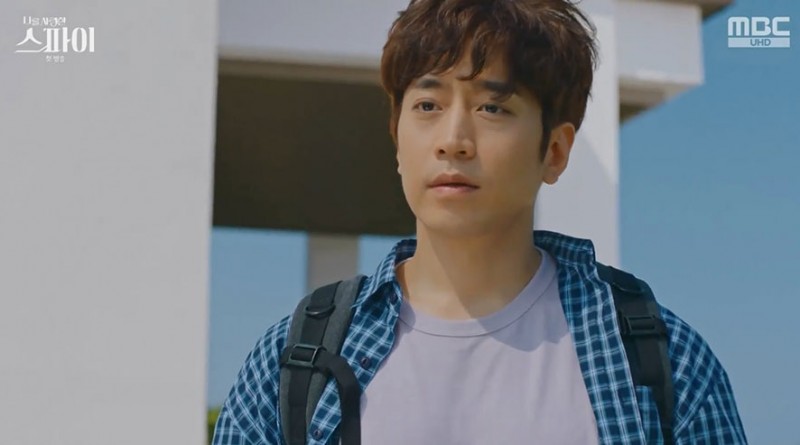 This is the Recap & Review for Korean drama The Spies Who Loved Me: Episode 1. A-Reum (Yoo In-Na) is making the wedding dress. The follower Du-Rae (Sojin) reports that the bride came. A-Reum smiles.

The Spies Who Loved Me: Episode 1 Recap & Review 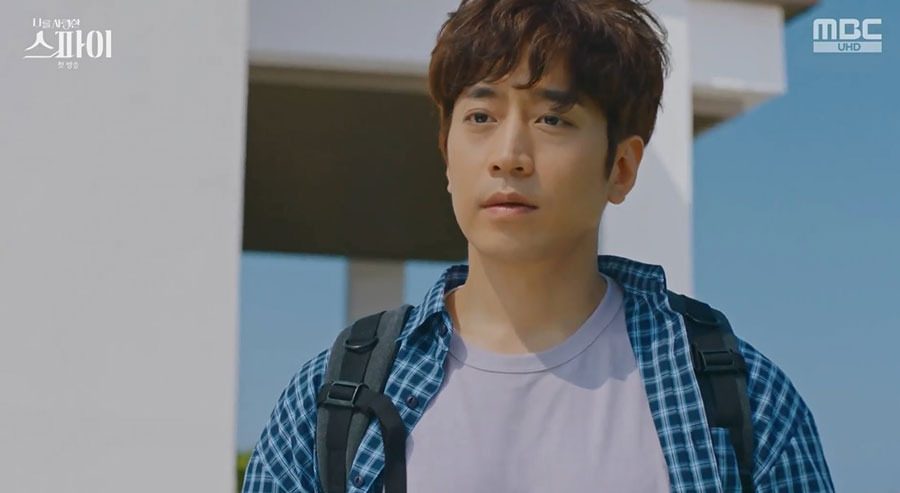 Note: From here on out there are specific plot spoilers for The Spies Who Loved Me: Episode 1.

The bride Yoo-Ra (Ki Eun-Se) breaks into the room and complains that the reporters saw her. She thinks the follower leaked her plan, but he denies. So she thinks the people in the wedding store leaked it. She intends to leave but doesn’t know how to do that.

A-Reum takes off Yoo-Ra’s clothes and comforts her. Yoo-Ra touches her belly and thinks people will call her liar if they see the photos of her belly. She is in tear and cries. The employee hears it and worries that Yoo-Ra will call off the wedding. A-Reum gets the employees to dress up for Yoo-Ra.

The man Do-Sik walks out to drive away the reporters. Some people catch the chance to get in the car. The reporters tail the car as they mistake that Yoo-Ra is in the car. A-Reum takes Yoo-Ra to show up and walks to the car. Yoo-Ra thanks A-Reum and leaves.

A-Reum spots her husband Derek Hyun (Lim Ju-Hwan). She smiles to join him. He gets a call from someone when she’s driving. He tells her that it was his friend Harrison Young. She remembers the person and thinks he looks more like a CIA agent than a diplomat. But he denies.

A-Reum asks Derek Hyun if he will go to Sophie Ahn’s wedding with her. But he prefers to go to there alone after his meeting. A-Reum regrets for not repaying Sophie Ahn because she helped them get together. She thinks she can use her ability to help her because she is a dress designer.

Derek Hyun asks A-Reum if Sophie Ahn has a big wedding. She reveals Sophie Ahn invited all of her college friends. He laughs and thinks the friends will make noises in Jeju.

A-Reum drops Derek Hyun. He walks in the house. She regrets for letting him leave, and drives away. Pil-Ho gives the box to Derek Hyun. Derek Hyun tells Pil-Ho that A-Reum likes while color while opening the box. Pil-Ho tells Derek Hyun to surprise his wife with a diamond ring. But Derek Hyun points out that she doesn’t need it while driving. He takes the wheel to get in the car, and replaces the old wheel.

Tae-Ryong cuts a big fish and places the fish head on the fish. Ji-Hoon (Eric) shows up and tells Tae-Ryong how to cut fish with Harrison Young. Tae-Ryong is furious to leave. Harrison Young pushes the cup to Ji-Hoon. Ji-Hoon spots a chip inside the cup. He turns over the cup.

Ji-Hoon returns to the office. Tae-Ryong asks Ji-Hoon if CIA Chief wasn’t happy. Ji-Hoon admits it and gives the chip to Tae-Ryong. Tae-Ryong says that he expected it, and reveals his back was hurt because of running. Seo-Ra sends a video to Ji-Hoon and tells him that she will be back soon. Young-Goo wants to have a talk with Seo-Ra. But she hangs up.

A-Reum meets with the client Man-Soo. He promises to buy her wedding dress, but steals her design after she goes out to pick up a phone. Ji-Hoon sees what Man-Soo does, and prepares to catch him. A-Reum is happy to tell her friend that they’re going to be rich.

A-Reum notes that the door is close. She goes to check it. Man-Soo is there and bumps her to flee. She hints Ji-Hoon that the person runs to him is the thief. Ji-Hoon catches Man-Soo. Jin-Min tails Min-Sung and tells his followers that Min-Sung arrived at the hotel. Tae-Ryong and Seo-Ra follow Min-Sung to get in the elevator.

Ji-Hoon thought Man-Soo is a bad guy. A-Reum cries and blames herself for not noticing it. He returns the phone and tries to leave. But she stops him and thanks him. Min-Sung calls his friend, and the friend Jade-Ryu gets in the elevator.

Seo-Ra gets off the elevator and reports it to Ji-Hoon. The waitress takes Min-Sung to the Cara room. He flees after seeing something in the room. But he’s caught by Ji-Hoon.

Ji-Hoon sees A-Reum in the hall and walks to her. He has a seat himself and asks her if she’s fine. She admits it. But he doubts it after seeing the beer and the fast foods on the table. He spots the wedding dress. So she gives her business card to him and tells him to visit her shop.

A-Reum tells Ji-Hoon to visit her if he needs to get married. But he says that he prefers to stay single. She reveals many grooms say that before they visit her shop. She adds that they cry at their wedding. He thinks the dress is glamorous, but points out that the pearls are fake.