This is the Recap & Ending for She and Her Perfect Husband: Episodes 1-2. The woman goes to the hotel to look for Qin Wenyu. She tries to break the door. Qin Shi stops the woman. She reminds her that she will be sent to the prison if she does so. 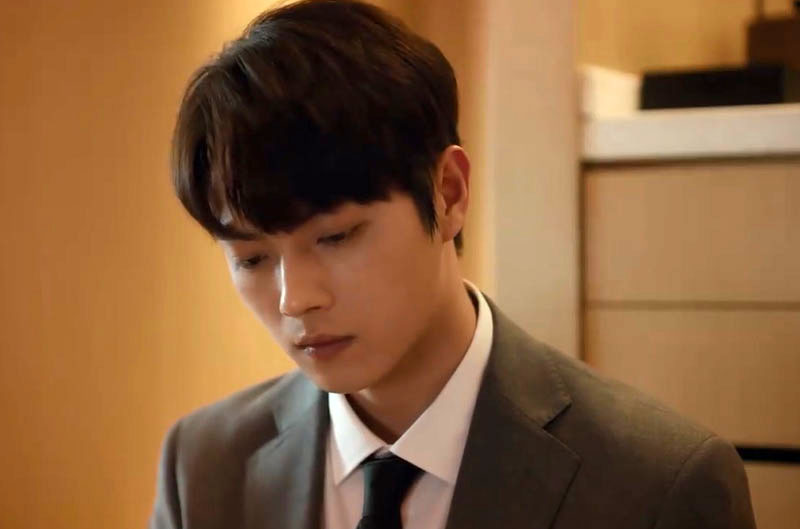 Note: From here on out there are specific plot spoilers for She and Her Perfect Husband: Episodes 1-2.

Qin Shi stops Ren Meimei. She tells her to leave it to her. Ren Meimei walks away. Qin Wenyu opens the door. Qin Shi walks into the room. He tells her to go to look for the girl. She calls someone and finds the girl from the wardrobe. She takes photos of the girl.

Qin Wenyu claims that he wouldn’t take the woman to his hotel if he wanted to see a woman. Qin Shi tells the two that nobody will believe that they’re innocent if she sees the photos. Qin Wenyu reminds Qinshi that he’s her old brother. He complains to her that she always helps outsiders to deal with him.

Qin Shi takes Qin Wenyu to see Ren Meimei. Qin Wenyu and Ren Meimei don’t want to get a divorce. Qin Shi tells Ren Meimei that the attorney fees will be double if she does it again. She leaves the hotel. Madam Yang asks her son Yang Hua what he said when the girl asked him about the house.

Yang Hua remembers he told the girl not to insist on buying a house. He told her that his dream is to die in the bed of his home. Madam Yang tells Yang Hua that she wishes him to get married. She reminds him that she and his father can take care of the children for him because they’re still young.

Yang Hua asks the tortoise if she’s happy. Madam Yang is furious to tell Yang Hua that she’s not happy. She places the girl’s photo on the table. She tells him to leave the house if he cannot get the girl. He calls her aunt when she tries to leave. She’s furious to throw the shoe to him.

Qin Shi walks into her office. She makes herself a cup of coffee. She gets a call from Tang Yihui who asks her if Wu Fei came to her company. Qin Shi is confused because she doesn’t know who is Wu Fei. The assistant walks into Qin Shi’s office. She hands over the papers to her. She tries to leave.

Qin Shi stops the assistant. She asks her to tell her who is Wu Fei. The assistant points at Wu Fei. She walks away. Qin Shi tells Tang Yihui that she has seen Wu Fei. She thinks she’s pretty. Tang Yihui asks Qin Shi to take care of Wu Fei. She reveals her master is going to leave. She tells her that she will recommend her.

Qin Shi tells Tang Yihui that she will be obedient. Tang Yihui tells Qin Shi to come to the party with her husband. Qin Shi reveals her husband went on a business trip. Tang Yihui mentions she hasn’t seen Qin Shi’s husband in the past two years. She thinks she would get a divorce with the guy if she has a husband like him. She tells her not to get a divorce. Qin Shi takes a look at the group photo of her and Yang Hua.

It flashes back. Tang Yihui meets with Qin Shi and Bian Jing. She mentions Bian Jing gave Qin Shi to her. She welcomes Qin Shi to join them. She mentions she got married. She asks her about her husband’s job. Bian Jing reveals Qin Shi’s husband is doing finance. She takes her away.

Qin Shi shows up at the party. She hands over the present to Tang Yihui. Tang Yihui tells Qin Shi that she will make her be her partner if she can be the counsel of Lan Xiaoting’s company. She introduces Qin Shi to Lan Xiaoting.

Lan Xiaoting tells Qin Shi that she’s doing yoga. Tang Yihui gets a call from someone. She walks away. Yang Huo arrives at the party. He tells Reception that he’s looking for Li Dai. She reveals Li Dai is on the rooftop. Tang Yihui recognizes Yang Hua. He’s confused to ask her who she is.

Qin Shi takes Yang Hua to the room. She asks him if he came to look for a friend. He refuses to leak it because it’s his business. She reminds him that the lipstick is still on his lips. He takes the tissue to wipe his lips. She calls his name. Yang Hua is surprised that Qin Shi knows his name. He asks her if they know each other. She denies it. He asks her to explain why she kissed him.

Master Yang sees Yang Hua off. He thinks they did it too much to kick Yang Hua out of the house. He worries that his son won’t come back. Madam Yang tells her husband that he can find his son in the hotel. She believes Yang Hua will come back within two days.

Tang Yihui picks Qin Shi up. She takes a look at her because she wants to know if her skin will glow after she got nourished by love. She thinks she hasn’t slept for one night. Qin Shi tells Tang Yihui not to tease her since she and Lao Jin get along well.

Tang Yihui tells Qin Shi that she took a look at her husband. She thinks Yang Hua is very handsome. She tells her to the place where Lan Xiaoting practices yoga. Qin Shi asks Tang Yihui if they begin to watch Lan Xiaoting. Tang Yihui admits it. She complains that Li Dai offended Lan Xiaoting’s niece. She thinks she will lose the big client if she doesn’t do so.

Qin Shi wonders why Tang Yihui watches Lan Xiaoting because she knows she’s not lack of big clients. She thinks she concealed something from her. Tang Yihui tells Qin Shi that she does it for Lao Jin. She reveals her husband went to take part in a reunion.

Qin Shi realizes that Lao Jin encountered his first love. She tells Tang Yihui that she won’t believe in love if Lao Jin betrayed her. Tang Yihui laughs to tell Qin Shi that Lao Jin had a rich girlfriend before he got married. She confesses that she regrets for Lao Jin.

Tang Yihui tells Qin Shi that she believes that Lao Jin will become more richer if they can get the big client Lan Xiaoting. Qin Shi thinks Tang Yihui is the best wife. She tells her that she will lock her up in the house if she’s a man. Tang Yihui laughs to tell Qin Shi to continue to praise her.

Qin Shi remembers Yang Hua asked her to announce their divorce. She tries to tell something to Tang Yihui. Tang Yihui mistakes that Qin Shi wants to take time off. She’s against it. Yang Hua tells Cai Liang that he knows his mom wishes him to go to find a job.

Yang Hua thinks he has to make a choice between job and marriage. Cai Liang tells Yang Hua to choose marriage. But Yang Hua doesn’t want to get married because the couple ask for getting a divorce when they have a fight. Tang Yihui calls Lan Xiaoting. She tells her that she’s at the yoga club. She wishes to drink tea with her.

But Lan Xiaoting tells Tang Yihui that she’s at the airport. She tells her to talk the business with her niece. Tang Yihui realizes that Lan Xiaoting is avoiding her. She decides to go to meet with Zhao Danping. Cai Liang tells Yang Hua to tell a lie to his parents for his freedom. But Yang Hua is against it.

Li Dai hands over the papers to Wu Fei. She tells her to do the case. But Wu Fei asks Li Dai to let someone else do the case. She reveals she’s Qin Shi’s assistant. Li Dai gives the case to another girl. The girl tells Wu Fei that all of senior lawyers are her boss.

Wu Fei cannot tell it to Qin Shi. She explains to her that she doesn’t have enough time to find it. Qin Shi scolds Wu Fei. She tells her that she cannot stay in the law firm with just her connections. Li Dai walks into the office. She finds out that there’s only one girl in the office.