This is the Recap & Ending for Love in Contract K-Drama: Episode 5. Sung-Mi meets with Ji-Ho. She asks him what kind of person his wife is. He tells her that he hates his wife because she did something bad to him. She asks him if he did it for his wife. 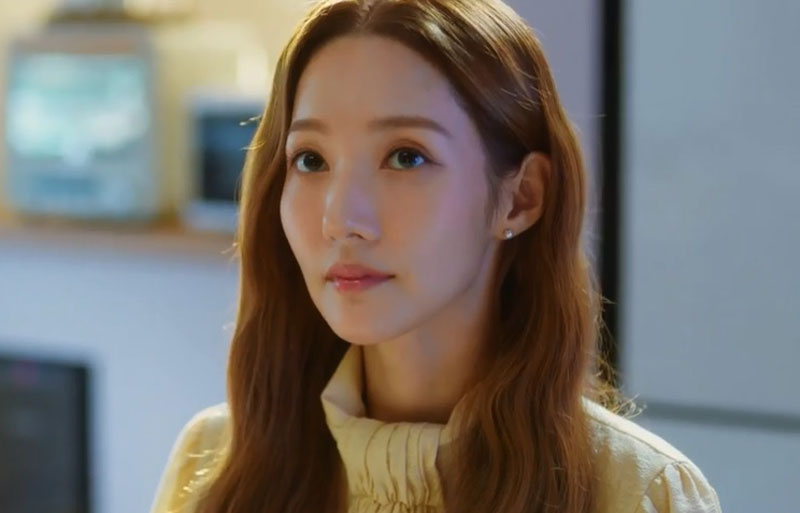 Note: From here on out there are specific plot spoilers for Love in Contract K-Drama: Episode 5.

Ji-Ho explains to Sung-Mi what he meant is his another wife. He tells her that his current wife is better than his ex-wife. He reveals his wife always took the blame in her marriages. It flashes back. Sang-Eun goes to the bar to see Gwang-Nam. She finds out that he drank.

Ji-Ho orders chicken feet from the bar owner. The bar owner complains that she sold expensive chicken feet to Ji-Ho because he didn’t order wine. Sang-Eun wonders why Gwang-Nam cries. He complains to her that he cannot pay his child’s hospital bill.

Sang-Eun hands over the envelope to Gwang-Nam. She tells him to use the money to save his kid. But he refuses to take it. He returns the envelope to her. He tells her that she doesn’t want her to do the job. But she throws a fit to him because she thinks it’s her business.

Sung-Mi thinks Sang-Eun is a special girl to Ji-Ho after she heard him and Sang-Eun’s story. He laughs because he doesn’t believe it. She tells him to make the decision after he looks into his heart.

Hae-Jin tells Sang-Eun that he wants to sign the contract like she did to her clients. He tells her that he worries that she will get hurt if she continues to get together with Ji-Ho. She tells him that she chooses the clients on her own. She tries to leave.

Hae-Jin asks Sang-Eun to help him. But she still decides to leave after she realized that he’s an actor. He hands over the key to her. He tells her to drive it. She goes to the parking lot. She finds the scooter he prepared for her.

Sang-Eun drives the scooter away. The reporters don’t note her because she wears a helmet. She remembers Hae-Jin told her that his mom needs his help. Gwang-Nam lights the candle. He tells his dead child the dog that he won’t leave with Sang-Eun. He’s startled by Sang-Eun when she wears the helmet to sit on the couch. She takes off the helmet. He mistakes that she finds a new job.

Ji-Ho returns home. He takes a look at the sink. He realizes that Sang-Eun didn’t come to his house. Yoo-Mi isn’t happy after knowing Hae-Jin wants to marry the woman. She thinks Sang-Eun is a gold digger. Ji-Ho walks into the office at that time. She greets him. He gets into his office.

Yoo-Mi continues the talk with Sang-Goo. Ji-Ho walks out of his office. He tells Yoo-Mi to call the witness. It makes her believe that she made the mistake when she drank with him. Chan-Hee visits Hae-Jin. He tells him to open the door. But Hae-Jin rejects it. He tells Chan-Hee that he will retire if he forces him to do so. Chan-Hee has to walk away.

Hae-Jin calls Sang-Eun. He asks her if she made the decision. He tells her to come to his house. He hangs up. She sees Mi-Ho walking out of the jail. Mi-Ho takes the cab. Sang-Eun drives her car to stop the cab. She walks to the cab and tells Mi-Ho to get off the cab. She lets her get in her car.

The landlady complains to Mi-Ho that she didn’t pay the rent. Mi-Ho ignores the landlady. She walks out of the house with her suitcase. Sang-Eun parks her car in front of Mi-Ho. She opens the trunk of her car. But she walks to another car.

Mi-Ho takes a look at Sang-Eun’s bankbook. She returns to Sang-Eun’s car. She puts her luggage into the trunk. Ji-Ho signs the divorce contract. He remembers Sang-Eun was close to him when they had dinner with Principal Manager. Sang-Goo has a meeting with Ji-Ho. He tells him that the woman found a new husband. Ji-Ho says death penalty.

Mi-Ho walks into Sang-Eun’s house. She’s surprised that she lives in the house. She sees Gwang-Nam who just walks out of the bathroom. She tells Sang-Eun to get married. But Sang-Eun tells Mi-Ho that Gwang-Nam is her husband. Mi-Ho is startled to step back.

Sang-Eun walks out of her house. Gwang-Nam follows her. He asks her if she’s going to marry Hae-Jin. She’s not sure about it. She remembers Hae-Jin told her that he needs her. Gwang-Nam learns that Sang-Eun made the decision. He worries that Ji-Ho still has feelings for Sang-Eun. Sang-Eun doesn’t believe that Ji-Ho loves her because he asked for a divorce first.