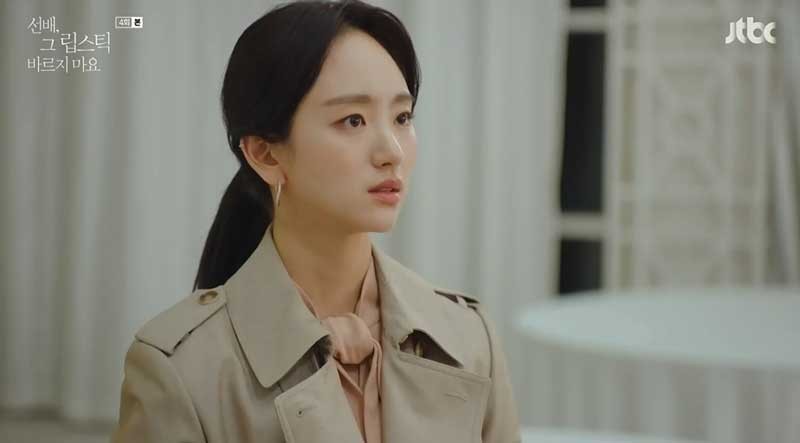 This is the recap for Korean drama She Would Never Know: Episode 4. Jae-Shin grabs Song-A’s arm and asks her to say something. Hyun-Seung shows up and stops Jae-Shin. He holds his arm and reminds him that Song-A feels uncomfortable. Jae-Shin tells Hyun-Seung to get lost.

She Would Never Know: Episode 4 Recap 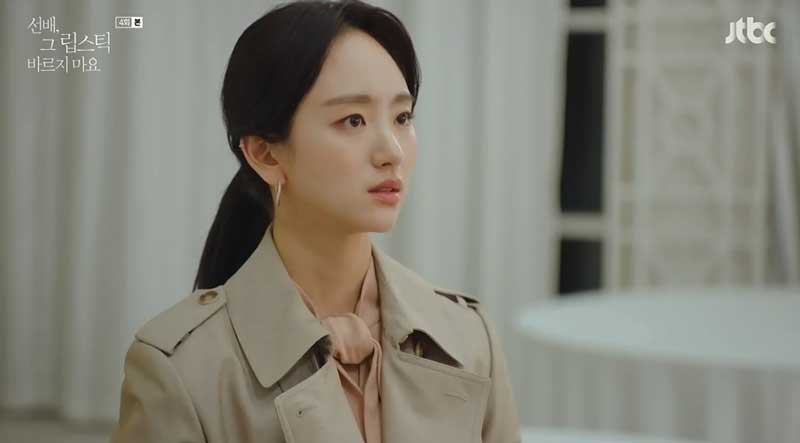 Note: From here on out there are specific plot spoilers for She Would Never Know: Episode 4.

Hyun-Seung tries to take Song-A away. But she stops him, and tells Jae-Shin that she loves Hyun-Seung. She leaves with Hyun-Seung. Jae-Shin drives away. Hyun-Seung spots it and reports it to Song-A. She reminds that she’s holding his hand. She apologizes to him. But he tells her to take a break because he knows that she’s upset. She nods.

Hyun-Seung arrives at the parking lot. He gets off his car and gets a message from Song-A who asks for a meeting. He goes to the coffee shop and spots her sitting in front of the window. She places her hands on the table and thinks about something. He walks to her and places a cup of coffee in front of her.

Hyun-Seung tells Song-A that he will work hard when she drinks the coffee. She apologizes to him for holding his hands because she rejected him. So he tells her to treat him as his lover. Song-A is going to arrive at the office. Hyun-Seung comforts her that he will protect her. But she points out that Jae-Shin won’t hurt her when they’re working.

Hyun-Seung has lunch with Song-A. He wants to warn Jae-Shin not to approach Song-A. But she tells him to focus on their product. But he points out that they have three days to do that, and wants to thank Jae-Shin for making him stay with Song-A. Song-A reminds Hyun-Seung that he does so just because he wants to help her. He comforts her that he won’t use it to make her stay with him. But he claims that he has no way if she loves him.

Hyun-Seung gets the cream into his eye by mistake when he applies it on his face. She hands over the tissue to him, and tells him to get rid of it. But he cries and tells her that he cannot do that. So she tells him to be close to him. He makes his face go forward. She is frozen but gets rid of the cream for him. He opens his eyes and sighs. He tells her that he’s fine.

Jae-Woon drinks with Jae-Shin in the bar. The guy shows up and thinks Jae-Shin got benefits from Jae-Woon. Jae-Shin is furious to beat the guy. He goes out of the bar. Jae-Woon asks Jae-Shin to go to another bar with him. Jae-Shin rejects it because he’s still in anger.

Hyun-Seung tells Song-A that he won’t treat Jae-Shin as his leader. Because he’s a jerk. She asks him if he won’t respect her if she hurts him. He says that he will do that. She tells him that she will get rid of him if he looks down on her. He agrees to it and reminds her that her heart fluttered.

Song-A admits it and tries to hit his head. But he doesn’t avoid it, and tells her that he will enjoy it if she does so. So she does it and laughs. She gets off the car.

It flashes back. The couple breaks into the classroom and asks Jae-Shin to return the money his father owed. Jae-Woon spots it. Jae-Shin tells Jae-Woon that he will be his pet if he helps him. Jae-Woon holds out and tells Jae-Shin that he wants him to be his friend. Jae-Shin shakes hand with Jae-Woon.

Jae-Woon sees Ji-Seung walking downstairs when she holds the girl’s hand. He tries to walk to her but he finds out that it’s someone else. He thinks he’s illness, and wants to do something bad. She goes to the tennis court to look for Ji-Seung. But she’s not there. He reminds himself that she’s someone’s wife when he stands at the tennis court. He realizes that she’s a divorced woman after she got hit by a ball.

Jae-Shin tells Song-A that he won’t mind, and asks her to marry him when she tries to leave. But she points out that he is going to marry someone else. She thinks she won’t be the bride. He realizes that she knew everything, and holds her arm. But she gives him a slap. She thinks he should cancel the wedding if he really loves her.

Song-A is in tears. She’s furious and wants to leave. But Jae-Shin keeps her with his power as a male. Hyun-Seung shows up to stop Jae-Shin. Jae-Shin pushes Hyun-Seung over. Hyun-Seung takes down Jae-Shin and beats him with his fist. Song-A stops Hyun-Seung and takes him away.

Hyun-Seung takes a cup of coffee and walks alone the bridge. He takes a look at Song-A who stays in the car and looks outside. He hands over the coffee to her and tells her to drink it. She takes the coffee and tells him to go to see a doctor. He rejects it and tells her not to put Jae-Shin in her mind. It makes her cry.

Jae-Shin and Hyo-Joo get married. Song-A wakes up. Ga-Young finds the wedding rings in the trash can. She yells at Song-A.