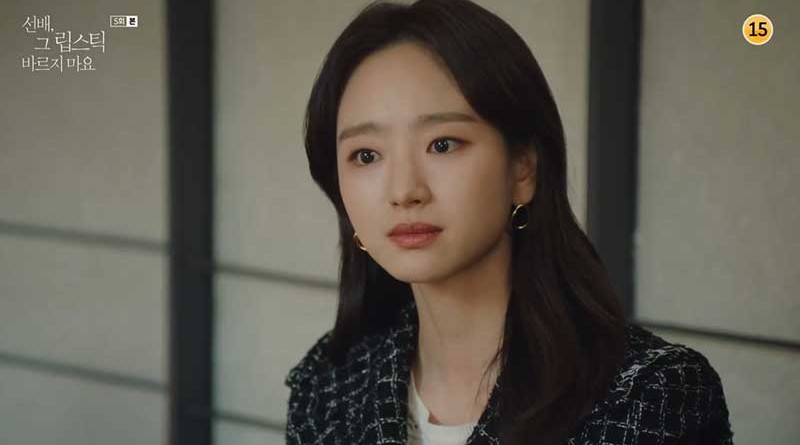 This is the recap for Korean drama She Would Never Know: Episode 5. Song-A is dancing in the club. The pieces of paper fall. She stares at the pieces paper, and spots Hyun-Seung who is standing behind her. He takes away the piece from her hair. She takes a look at Ga-Young, and runs out of the club.

She Would Never Know: Episode 5 Recap 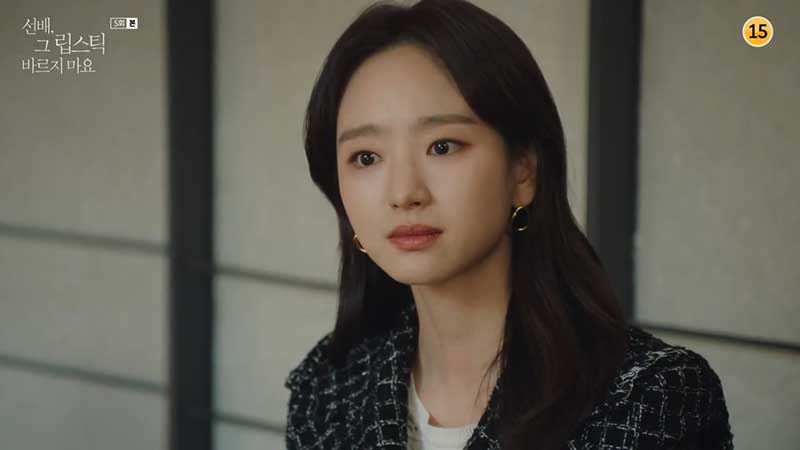 Note: From here on out there are specific plot spoilers for She Would Never Know: Episode 5.

Hyun-Seung chases Song-A and asks her why she ran out. She says that she doesn’t like the place, and asks him if he went the club with his buddy buddies. He denies and tells her that he tailed her. She tells him to leave because she needs to stay with Ga-Young.

Ga-Young shows up and wears the coat for Song-A. She wants Hyun-Seung to play with them, and takes him to the restaurant. The three have a drink. Hyun-Seung sees the two girls off after they get in the cab.

Hyun-Seung plays tennis with Yeon-Seung. Ji-Seung is being a judge. Yeon-Seung asks Hyun-Seung if he’s dating someone. He tells her that the person is a male. She is started. Yeon-Seung thinks Ji-Seung doesn’t have a boyfriend, and wants to introduce Han-Seo to her. But Ji-Seung rejects it.

Hyun-Seung spots Song-A. He chases her and calls her from her back. It startles her. He asks her if she has a good rest. She admits it. He asks her to show how she danced last night. But she rejected. Jae-Woon runs into Jae-Shin and knows that he’s making a product. They get into the elevator and encounter Song-A and Hyun-Seung.

Jae-Woon asks Song-A about the lipstick after she got in the elevator. She tells him that she will take care of the lipstick. So he offers to eat with her. She’s silent. Hyun-Seung worries about Song-A. But she comforts him instead.

Ga-Young spots Ji-Seung and remembers Jae-Woon gave her the presents and asked her to inform him if Ji-Seung visits the store. Jae-Woon has meal with Song-A. He tells her that Jae-Shin recommended her to him. It makes her feel uncomfortable.

Yoo-Sun is eating. She wishes that she can eat with Jae-Woon like Song-A. Sung-Yeon gives the cash to her, and tells her to buy everything she likes. Yoo-Sun notes that Hyun-Seung is upset, and asks him to tell her the girl he likes. But Sung-Yeon tells Hyun-Seung that Yoo-Sun isn’t good at keeping secret. Se-Rim shows up and greets Hyun-Seung.

Song-A learns that Jae-Shin wants to take her to Paris. She thinks he’s a jerk, and tells him to reject Jae-Woon. She is furious to leave the restaurant. Se-Rim walks Hyun-Seung and asks him why he left. He explains that he has a business.

Se-Rim tells Hyun-Seung that she saw Seo-Yeon. She worries about Hyun-Seung. But he tells her that he forgets Seo-Yeon. So she tries to ask him out. But he sees Song-A and lets Se-Rim take the coffee. He runs to Song-A and asks about the meal. She says that the meal is good, and tells him to get back to the office. But he wants to walk her. She agrees to it.

Ji-Seung sees the client off and runs into Jae-Woon. He greets to her. But she doesn’t recognize him. So he mentions the lipstick, and asks her if she wants a divorce lawsuit. She denies. He thinks it’s great when he grabs his fist. It startles her. He smiles and walks away.

Ji-Seung tells Hyo-Joo that she has to cancel her clothes. Hyo-Joo rages to call someone, and asks him to look for a new clothing store for her. Song-A goes out of the office. Hyun-Seung stops her and asks her to prepare a gathering for him. But she tells him that she’s upset, and promises to do it one day.

Hyo-Joo waits for Jae-Shin outside. He shows up so that she greets him. He lets her in and gets a cup of water for her. She asks him to accompany her to choose the wedding dress. He says that he will do it. She wonders why he didn’t ask her why she decided to change the store. She reminds him that it’s his business as well. He apologizes to her. She’s furious and wants to leave. He stops her so that she tells him that he cannot use her love to control her.

Hyun-Seung is talking with Soo-Mi. Song-A mistakes it and turns around to reply Hyun-Seung. Jae-Woon calls Song-A and tells her that he wants to see her. She goes to his office and gives him the lipstick. He takes the lipstick and persuades to go to Paris.

Hyun-Seung returns to the office after he left with Soo-Mi. He finds out that Song-A is missing, and runs into Jae-Shin. Jae-Shin has a talk with Hyun-Seung. Hyun-Seung goes to play game with Ha-Eun because he promised to her. She sees that she was hurt by a girl. Yeon-Seung asks Hyun-Seung if what her daughter said is true. He denies.

Hyun-Seung has a gathering with his colleagues. He is drunk and remembers Jae-Shin told him that Song-A gave up a good opportunity for him. Song-A calls Hyun-Seung but he doesn’t pick up her phone. She wonders where he went, and sees him staying with the colleagues. He points at her with his index finger and walks to her. He puts his head on her shoulder, and confesses his feelings for her.