This is the Recap & Ending for Shooting Stars K-Drama: Episode 3. Tae-Sung learns that Han-Byeol didn’t call him because she thought she wasn’t the one who sent him to Africa. The colleagues see the photos of Han-Byeol and Tae-Sung.

How Ji-Hoon Convinced Tae-Sung to Be An Actor? 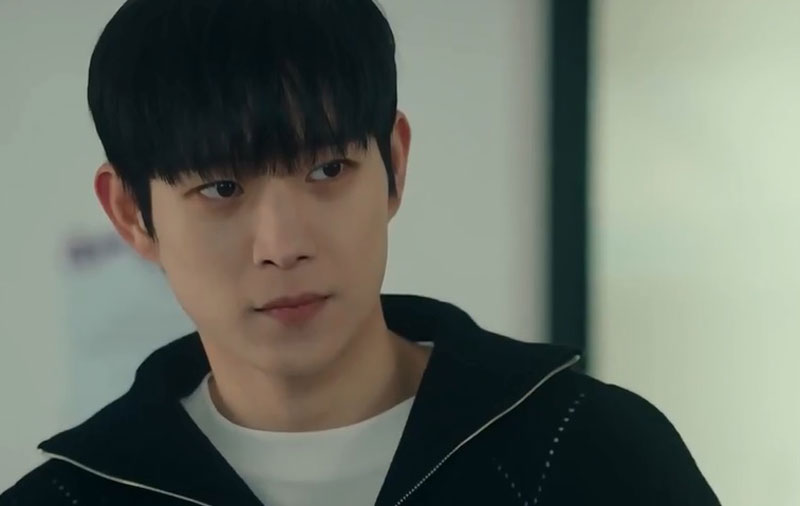 Note: From here on out there are specific plot spoilers for Shooting Stars K-Drama: Episode 3.

The colleagues think Han-Byeol pretended not to like Tae-Sung because she didn’t want them to know their love relationship. But they wonder why Han-Byeol sent Tae-Sung to Africa. Han-Byeol tells Tae-Sung that she didn’t call him because they’re not close.

Tae-Sung agrees to what Han-Byeol said. He thinks he wouldn’t pick up her phone if she did that. He drives her away. She returns to her office. Mi-Nyeo hands over the photo to Han-Byeol. Han-Byeol finds out that she’s labeled as Tae-Sung’s girlfriend.

Han-Byeol is startled to throw away the photo. She tells Mi-Nyeo to report it to her if anyone dares to post the photo. Tae-Sung runs into Joon-Ho who tells him that he’s going to die. Ho-Young takes Joon-Ho away. Dong-Joon explains that Joon-Ho doesn’t get out from the drama after he filmed it.

It flashes back. Joon-Ho passes out after the k-drama wrap up. Dong-Joon carries Joon-Ho to the hospital. The doctor tells Dong-Joon and Ho-Young that Joon-Ho is fine. The two feel happy. But Dong-Joon passes out. Ho-Young tells Ji-Hoon that Joon-Ho will be fine after he takes a break.

Ji-Hoon tells Ho-Young to fine a role who can rule the world for Joon-Ho. Ji-Hoon wants the cast to be taken care by the doctors. He gives the task to Han-Byeol. Jae-Hyun walks out of the room after he completed the audition. He believes that he will get the role soon. Yoo-Sung feels happy for Jae-Hyun.

Dae-Soo shows up with Yoo-Na. He lets her to greet Yoo-Sung. But she ignores Yoo-Sung. She walks away. Ho-Young goes to the restaurant Si-Duk works. She persuades him to be an actor. He rejects it because he likes his current job.

The colleagues note that Tae-Sung doesn’t come to Han-Byeol’s office. They think the two had a fight. Han-Byeol takes a look at the chair. She sees Tae-Sung provoking her. Ho-Young walks into the office. She finds out that Ji-Hoon tears up after he watched Joon-Ho’s drama.

Ji-Hoon denies it. He claims that he did that because of the sales Tae-Sung brought. Ho-Young tells Ji-Hoon that the guy rejected her when she persuaded him to be an actor. She asks him how he convinced Tae-Sung.

It flashes back. Ji-Hoon walks on the campus to look for the future star. He sees Tae-Sung and thinks he will be a big star. He walks to him and tries to hand over his business card to him. But he finds out that he has gotten tons of business cards. He begins to follow him. He tells him that he will get many benefits if he becomes an actor. But the benefits Tae-Sung already got. He tells Ji-Hoon that he will report him if he follows him.

Soo-Hyeok arrives at the parking lot. He tries to get in his car. He gets a call from Han-Byeol who asks him to wait for her. She shows up and hands over the stress test paper to him. He doesn’t want to take part in the test because he’s not a employee of Starforce Entertainment. But she tells him to complete it for their team. He agrees to it.

Han-Byeol returns to her office. She finds out that Jung-Yeol falls asleep on Tae-Sung’s couch. She believes that Tae-Sung bullied Jung-Yeol’s again. He denies it and leaks that Tae-Sung refused to do the stress test. She calls Tae-Sung. But he doesn’t pick up her phone. She’s furious to call him again and again. The colleagues see it. They’re excited when they talk about the two’s relationship.

Han-Byeol drinks with Ho-Young at the bar. Ho-Young leaks that Joon-Ho passes out because he had a high stress level. Han-Byeol thinks Tae-Sung doesn’t have any stress because he kept bullying her. Yoo-Sung goes to see Jae-Hyun. Jae-Hyun wants to give up after he failed the audition. Yoo-Sung comforts Jae-Hyun.

Dae-Soo shows up with a good mood. He praises Yoo-Na for passing the audition. He laughs to leak that the interviewer thought Yoo-Na is suitable for the role after she was rude to them. Min-Kyu shows up. Dae-Soo tells Yoo-Sung that Min-Kyu is Yoo-Na’s manager now. He notes that Jae-Hyun falls asleep because of sadness. He complains that the guy took away the role from Jae-Hyun.

Ji-Hoon asks Han-Byeol to bring Tae-Sung’s stress test to him. She calls Tae-Sung. Tae-Sung doesn’t pick up her phone when he works out with Jung-Yeol. She goes to the theater to watch movie. She’s in a good mood. Tae-Sung joins her. The two are startled after they had an eye contact.

Han-Byeol yells at Tae-Sung. But he tells her to watch the movie with him. He tries to walk away after he watched the movie. She stops him and tells him that she didn’t let him go to Africa. She takes him to see Kwi-Nong. She breaks into Kwi-Nong’s bar when he’s drinking.

Han-Byeol gets Jung-Yeol to hand over the candy to Tae-Sung. She takes out the medical record from the bag. She finds out that Tae-Sung’s stress level is very high. She remembers what Ho-Young told her that the person will pass out if he has a high stress level. Tae-Sung passes out after he waved to the fans.