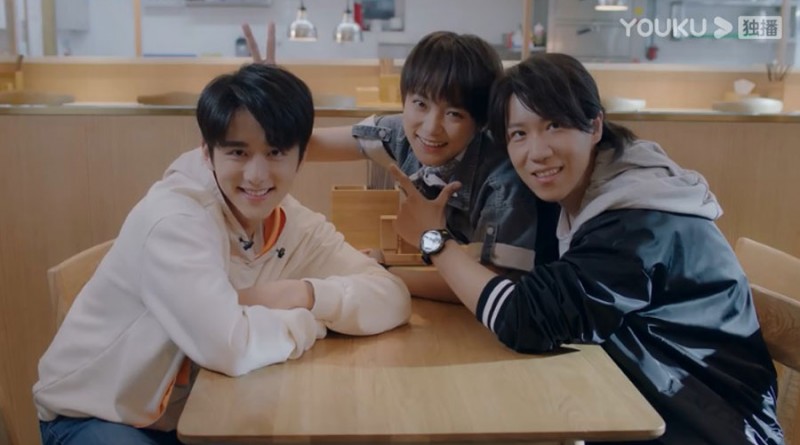 This is the recap for Skate Into Love: Episode 5. President tells people to welcome Tang Xue in the gathering, and thinks she established the status of roller skate club. He promises to treat people. 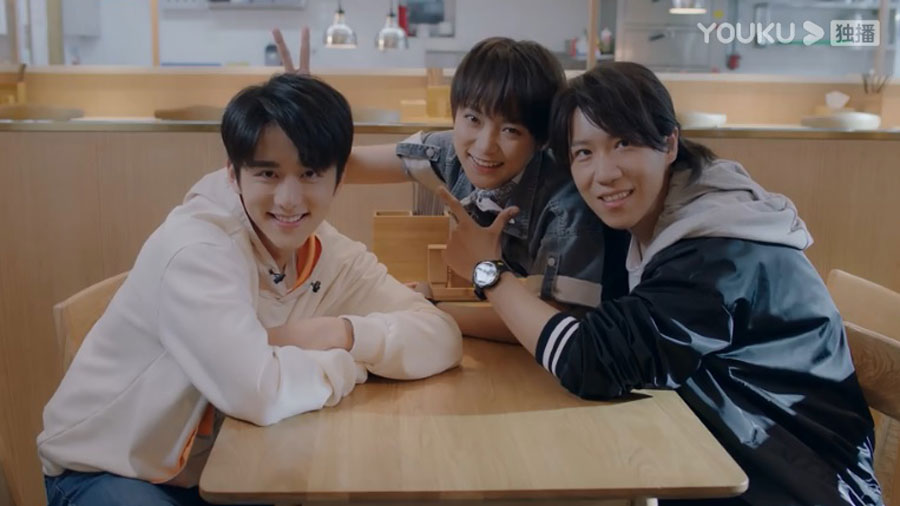 Note: From here on out there are specific plot spoilers for Skate Into Love: Episode 5.

Tang Xue mentions President praised Zhen Yu, and he thinks he would bring big trouble without her. He doesn’t want to go to the club.

Yu Yan gets the water for Tang Xue, and she thinks she will order chili meat if Yu Bing is there. Yu Bing takes the menu away from Tang Xue, and he was invited by President.

Yu Bing moves the chair away with Tang Xue as he wants to sit with her. He asks her to peel shrimps for him, and she is furious to ask him out.

Tang Xue tells Yu Bing to prepare his patience if he wants to challenge hers. Yu Bing thinks Tang Xue is going to hit Yu Yan, and tells her that he will be against what she wants. He promises to pay 100 yuan per shrimp.

Tang Xue puts shrimp into Yu Bing’s mouth, and he is full. Zhen Yu offers to play truth or dare. Yu Bing is asked which type of girl he likes.

Tang Xue is drunk and she insists on driving Yu Yan. The two fall off the bicycle. Yu Bing leaves Yu Yan to Da Jiang, and he walks to Tang Xue.

Yu Yan mistakes Da Jiang as Tang Xue, and thanks him for letting him be his friend. Da Jiang carries Yu Yan, and Yu Yan vomits the stuff on Da Jiang. So Da Jiang has to take a shower in Yu Yan’s bathroom.

Da Jiang walks out to show his muscle, but Yu Yan stuns him with the torch.

Yu Bing carries Tang Xue to the hotel, and she cries that she is nothing when he becomes ice hockey god. She regrets for giving up skating she had learned for eight years.

Da Jiang wears the blanket and blames Yu Yan. He says that he cannot wear the clothes, so that Yu Yan gives his clothes to Da Jiang.

Da Jiang and Yu Bing pick Wei Wei up at the airport, and take her to Mr. Tie’s restaurant. Mr. Tie takes a photo of them, and puts the photo on the wall.

Da Jiang tells Wei Wei that he was lonely after she left. Wei Wei doesn’t believe it as Yu Bing would stay with Da Jiang. Da Jiang reveals Yu Bing stayed with Tang Xue all day, and Wei Wei asks Yu Bing if he is in love.

Tang Xue teaches Meng Huan to skate. Wei Wei shows up and defeats Tang Xue. The girl tells Tang Xue that Wei Wei is the captain of speed skating team, and thinks Tang Xue wasn’t disgraced because she is amateur.

Tang Xue realizes that the gap between her and Wei Wei, and goes to skate. She runs into Yu Yan, and knows that he took all of his childhood at the skating rink.

Tang Xue thinks Yu Yan will become the world champion, and he asks her why she chose animal medicine since she likes skating. She admits that she was impetuous, and he tells her to repick her dream again. He says that everyone will make way for her when she decides to persist.

Yu Bing wakes Tang Xue up, and he heard that she was defeated by Wei Wei. He tells her that she is qualified to be his practice partner, and her job is to obey him.