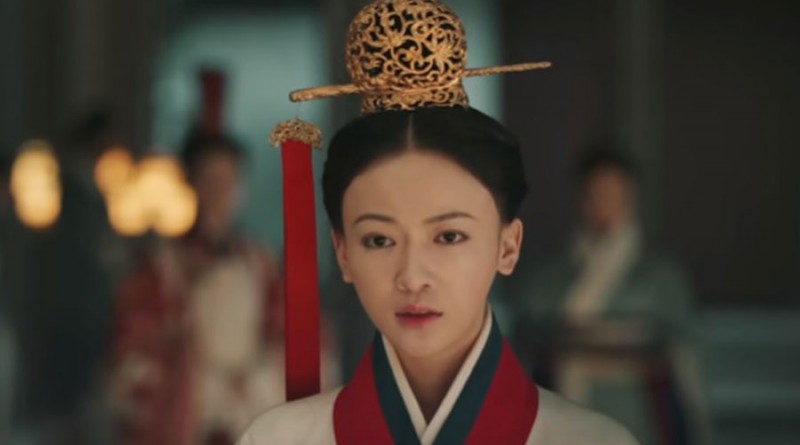 This is the recap for The Legend of Hao Lan: Episode 9. Hao Lan blames Lv Buwei for giving the her sachet to someone, and he reminds her that all of her stuff were marked by him, once he bought her. Hao Lan is furious and tells Lv Buwei to keep the sachet. 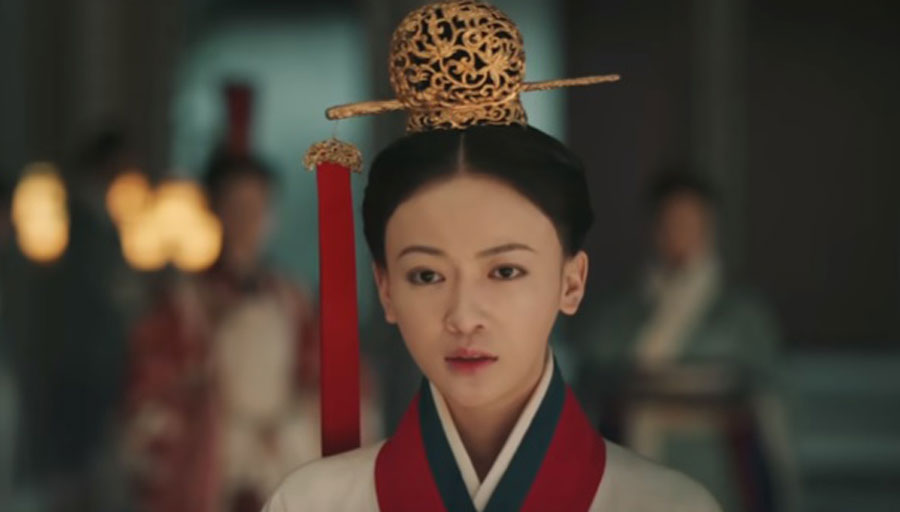 Note: From here on out there are specific plot spoilers for The Legend of Hao Lan: Episode 9.

The maid asks Lv Buwei who is his aunt, and he gives the sachet to her.

Hong Ye reports to Empress that doctors ask to send all of the patients to illness clinic for avoiding more people infected. Hao Lan offers to open a place and invite doctors to treat patients.

Hong Ye reveals people think sun palace drew ghosts to ask lives, and thinks it will avoid people to tarnish the reputation of Empress. But Hao Lan points out that people will think Empress doesn’t care for them. But Hong Ye thinks it’s better than getting infected.

Doctor Ying asks Empress to let the servants get cured in the palace. But Hong Ye thinks Doctor Ying uses the people’s lives in the sun palace as a joke. Doctor Ying thinks it isn’t a plague as there’re only twenty people getting sick.

Doctor Ying promises to take all of responsibility. Empress agrees to it, but she has to kill Doctor Ying if there is a person getting infected.

Doctor Ying tells Hao Lan that the people who got sick are low level maids, and thinks the reason is on the drink. Hao Lan reveals all of maids in the sun palace use same source of water.

The follower of Hao Lan catches the maid when she is going to poison the water source. Hao Lan asks her follower to take the maid to see Empress. The maid Bai He is scared and doesn’t want to see Empress.

Bai He confesses that Hong Ye asked her to do it, and Hong Ye wanted to frame Hao Lan. Bai He asks Hao Lan to forgive her as she needs to support her parents. She says that she has ways to catch Hong Ye.

A Yue doesn’t trust Bai He, and Hao Lan tells A Yue to give the bamboo tube to Doctor Ying.

Bai He tells Hao Lan that Hong Ye will come with new medicine, and Hao Lan asks if she needs to avoid Hong Ye. Hong Ye shows up and arrests all of people.

Hong Ye tells Empress that she caught Hao Lan when she was talking with the two maids. Bai He confesses that she ran into Situ Yue poisoning water, and she was forced by Hao Lan.

Bai He tells Empress that Hao Lan’s goal is her, and Hong Ye thinks Hao Han hates Empress because she made her not be concubine. Hao Lan asks to summon Doctor Ying. Empress agrees to it.

Empress cannot make decision. Princess Ya shows up and tells Hao Lan to kill Bai He to prove her innocence. But Hao Lan throws away the sword, and thinks proving innocence isn’t the reason to kill people.

Hong Ye picks up the sword to stab Bai He, but the sword is broken. Bai He tells Empress that Hong Ye asked her to frame Hao Lan, and she wanted to kill her.

Hong Ye explains that Princess Ya said to prove innocence if she kills Bai He. Princess Ya thinks Hong Ye is very stupid, and killing people proves the brutality of Hong Ye.

Empress orders to kill Hong Ye with stick, and she asks Princess Ya how she knew the one she wanted to get rid of was Hong Ye. Princess Ya thinks Hong Ye was stupid to get Empress involved.

Hao Nan remembers she and Hong Ye had revenge because of Nan bead, and wonders why she risked her life to steal it. Situ Yue tells Hao Lan that it’s not her business.

Yi Ren sees Hao Lan throwing stone to release her temper, and asks her what happened. She says that she thinks it’s unfair that the weak always get bullied.

Yi Ren reveals his mom never fought with people, but someone applied the oil at the path she walked through and buried dead baby outside her palace. Mom told him a story about a old lady killing the kid. The old lady feels pain when her disabled grandson chases other kids.

Xue Dai looks out and thinks Han Dan is the looks in her memories. She tells her son Ke that she never forgets what happened there, but Ke prefers to live in Xian Yang. Xue Dai tells Ke to be cautious even if he is a general. Ke promises not to let Xue Dai down.

Xue Dai visits Empress and asks her to taste the rice cake. Princess Ya tastes for Empress and finds out that the taste is terrible. Xue Dai reveals the rice cake was the most welcome food in the days she lived.

Xue Dai says that she lived in the frontier of Qin nation, and it’s the deserted place chaffinch doesn’t want to say. She only had a straw mat in the cold winter, and she was skinny when Empress lived an extravagant life. Xue Dai adds that she tried to take her life but she failed.

Princess Ya points out that Xue Dai was exiled because Marquis Shu rebelled. Xue Dai thinks she wouldn’t marry to foreign land if Empress didn’t rob the king. Xue Dai says that she came back from hell, and King feels guilty to her.

Xue Dai thinks she will replace Empress, and she leaves. Princess Ya is furious and thinks Empress should kill Xue Dai. Empress reveals King intended to get Xue Dai back, and she cannot take action. Princess Ya smiles at Hao Lan and tells her to help Empress.

Lv Buwei prepares many foods with clove for Hao Lan. But she says that she likes the clove sachet Yi Ren gave her. Hao Lan asks Lv Buwei why he robbed her sachet, and he says that he likes her. Hao Lan panics to tell Lv Buwei that they’re nothing except partner.

Lv Buwei thinks Hao Lan did well, and tells her not to lose herself when someone confesses his feelings to her. He tells her that he doesn’t want the partner who loses her reason for love.

King tells Xue Dai not to care for the eyes of people who live in the palace. But she says that he had a husband who is Ke’s dad. He mentions what she said that he is Ke’s dad. She points out that he doesn’t dare to admit the truth in front of people. She thinks he fears that woman.

Ke asks Xue Dai why she let him join Zhao state instead of Qin state, and thinks he cannot work for people of Zhao as he is with blood of Qin state. Xue Dai thinks Ke will understand it soon.

Hao Lan tells Lv Buwei that Empress asked her to get rid of Xue Dai in ten days. She wonders why the sisters have to fight for a man. Lv Buwei suspects Xue Dai’s intent.

Xue Dai visits Yi Ren and tells him that his mom is sick. She asks him to write a letter to his mom, and promises to send it out. Yi Ren goes to take fruits Hao Lan gave him, and Xue Dai catches the chance to put his handwriting into her sleeve.

Xue Dai tells Ke that the prime minister of Qin, Fan Ju asked her to kill Yi Ren, and it was the condition to pardon them. She has to use Yi Ren’s head for their future.

Princess Ya hears that Yi Ren likes clove, and wants to give the clove sachet to him. But he rejects it. Princess Ya is furious to throw away the sachet. Prince shows up and arrest Yi Ren. Lv Buwei tells Hao Lan that the bodyguard found the letter Yi Ren wrote. The letter asks Qin King to attack Han Dan to save Yi Ren. Hao Lan thinks the letter is fake, and wants to deal with Xue Dai.

Princess Ya asks Zhao King to release Yi Ren, and admits that she loves him. Prince thinks Princess Ya is shameless and wants to marry her off. Zhao King tells Princess Ya that he intends to execute Yi Ren three days later.