In the 3-4th episodes of Story of Yanxi Palace Chinese Drama 2018 Recap, Wei Yingluo cheats emperor that the tree Ling Bai visited her dream, so he forgives her. But she appears when he realizes she is liar and returns. Empress is in anger of emperor, because she thinks he forgets their child. 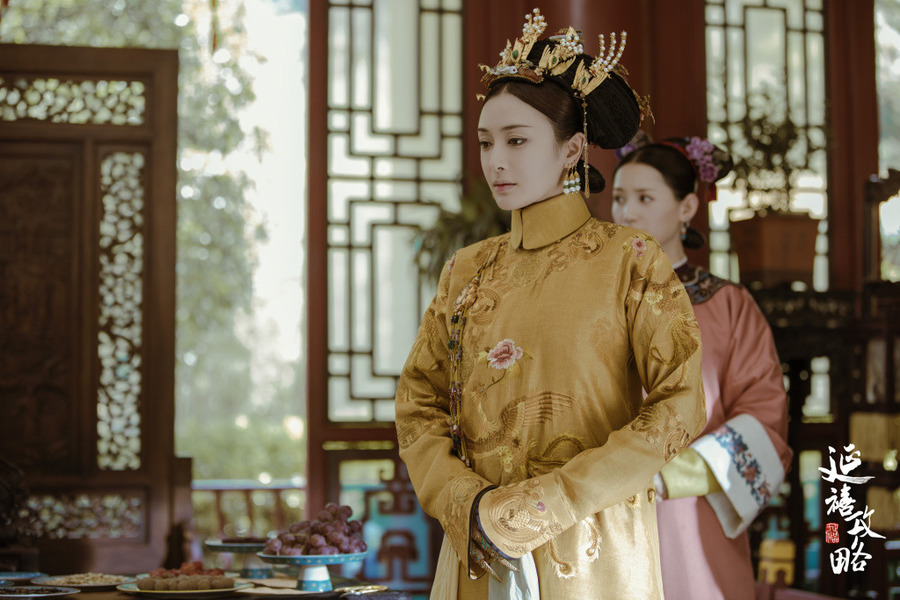 Note: From here on out there are specific plot spoilers for Story of Yanxi Palace Chinese Drama Episodes 3-4.

The emperor thinks Wei Yingluo didn’t respect Ling Bai, and wants to hit her 30 times with stick. But she claims the tree visited her dream, and asked her to scratch him. So the emperor forgives her. Madam Zhang tells Wei Yingluo about the tree’s story, but she thinks the emperor just wanted to people he is a dragon. She takes Madam Zhang away, and fears figure out her lies. The emperor visits his mother, and remebers Wei Yingluo’s words, and is interested in her. Queen asks him to see Concubine Shu, but he claims he is busy, and leaves.

Wei Yingluo picks up a knot, and remembers it’s the one Ying Ning gave her. Yu Jie tells her the knot is related to A Man, but she reports it to Aunt Fang soon. Aunt Fang asks Ling Long to watch on Wei Yingluo for her. Ling Long is jealous of Wei Yingluo, so she accepts Aunt Fang’s offer.

Steward Li lets maids line up, and scratchs in front of him to catch the maid cheated emperor. Madam Zhang sends Wei Yingluo to deliver clothes avoiding the check. Ling Long wants to catch Fu Heng’s attention, but he doesn’t look at her. So she pretends to trip, Wei Yingluo tells her not to flirt with him otherwise she will lose her life. But Ling Long doesn’t listen to her, and hates Wei Yingluo more. Fu Heng is interested in Wei Yingluo, but she ignores him. He tells her not to look down on him.

Emperor loves Empress, and allows Fu Heng to see his sister. Fu Heng argues with Empress, and throws off her long life lock since she misses her dead child, and eats nothing. He reminds her not to forget her status. But she loses her temper, and thinks emperor forgot the child after their child Yong Lian died.

Empress finds the long life lock at the garden. Fu Heng is disappointed with his sister, and tells her that their family is bullied. He hopes his sister can cheer herself up, and leaves an box to her. But she ignores him. He runs into Imperial Concubine Chun, and asks her to persuade his sister.

Empress sees maid Hong Long just cried out, and asks about it. Imperial Concubine Chun reveals Hong Long is delay to go out of palace because of nobody takes the duty, and reminds Empress to go back to work. Empress realizes her neglect of duty. She opens the box finding the letter emperor wrote that giving the title of crown prince to Young Lian, and realizes he is sad as well. She thinks she is a sinner.