In the 5-6th episodes of Story of Yanxi Palace Chinese Drama 2018 Recap, Wei Yingluo finds out that her sister Ying Ning’s death is related to empress’s brother Fu Heng, and wants to approach him. She gets the task to make clothes for empress, but Ling Long destroyed it so she has to make a new one. 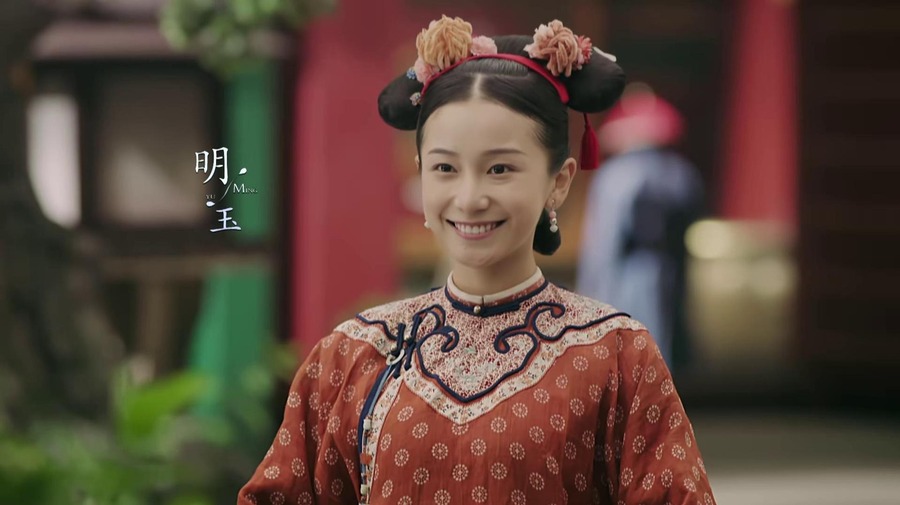 Note: From here on out there are specific plot spoilers for Story of Yanxi Palace Chinese Drama Episodes 5-6.

Wei Yingluo pretends to eat up the foods. But Imperial Concubine Gao doesn’t believe her, and sends someone to watch on her. So she is intention to eat at the gate, and vomits it up after the spy left.

Ji Xiang worries Wei Yingluo since she doesn’t return, and argues with Jin Xiu who thinks Wei Yingluo is dating someone else. Wei Yingluo returns, and says that she knows Jin Xiu betrayed her. Jin Xiu asks for forgiving, Wei Yingluo forces her to eat up the foods Imperial Concubine Gao gave her.

Ling Long pretends to cover for Wei Yingluo, and promises to Aunt Fang that she will tell her who is Wei Yingluo’s boyfriend. Wei Yingluo hands over a stuff to Qing Xi. Jin Xiu reports it to Aunt Fang, and they don’t get the evidence. Ling Long finds out Wei Yingluo vomits when smelling fish, and thinks she is pregnant.

She reports it to Aunt Fang, and Aunt Fang reports to Mr. Wu. Wei Yingluo asks Mr. Wu how he will punish the slanders. He promises her to kick them out of the palace. So she decides to let them check her body.

She is diagnosed that she is still a virgin. Jin Xiu and Aunt Fang argue, and blame each other. Mr. Wu asks Wu Yingluo for her advise how to punish them. Aunt Fang and Jin Xiu beg for forgiving, but Wei Yingluo ignores them. Mr. Wu demotes Jin Xiu into slave, and Aunt Fang is kicked out of palace.

Madam Zhang is startled after seeing the jade plate, and tells her it belongs to Empress’s brother Fu Heng. Wei Yingluo decides to give her sister a justice no matter who killed her.

Imperial Concubine Shu sings at the street emperor passes through to catch his attention. But emperor is furious, and punishes her to sing all night. Imperial Concubine Chun doesn’t want to sleep with emperor, and asks someone to pour cold water to her, making her get sick. Emperor goes to see her, and she tells him not to give Imperial Concubine Gao too much power. He isn’t happy to leave.

Emperor goes to see empress after listening to Imperial Concubine Chun’s words, she is warm to him after knowing his love to her dead son. Ming Yu reminds her to have a baby with emperor. Empress scolds her, but she knows she is right. But emperor keeps sleeping with other women, she is disappointed with him.

Wei Yingluo plans to approach Fu Heng since she knew her sister’s death is related to him. Madam Zhang hands over peacock feather thread to Wei Yingluo, and asks her to prepare the birthday gift for empress. She warns her that she will be dead if she makes a mistake. Ling Long transfers Ji Xiang who takes responsibility to watch on peacock feather thread, and steals it.

The maids are happy since empress’s clothes are destroyed, and peacock feather thread is lost. Wei Yingluo points out that everybody should take the responsibility, the maids are scared. Ji Xiang thinks she is a sinner since she lost peacock feather thread, but Wei Yingluo doesn’t care, and fixes empress’s clothes day and night. Ling Long tells maids to transfer the responsibility to Wei Yingluo.

Imperial Concubine Gao gives a gold deity of giving birth to empress at the birthday party, everybody feels embarrassed. But empress accepts it and thanks her. Wei Yingluo gives the gift to empress until everybody gave out their gifts.