In the 7-8th episodes of Story of Yanxi Palace Chinese Drama 2018 Recap, Wei Lingluo was transferred to empress’s palace because of her clever. But the maid Ming Yu dislikes her as she flirts with Fu Heng, and badmouths her. Because Ming Yu falls for Fu Heng. 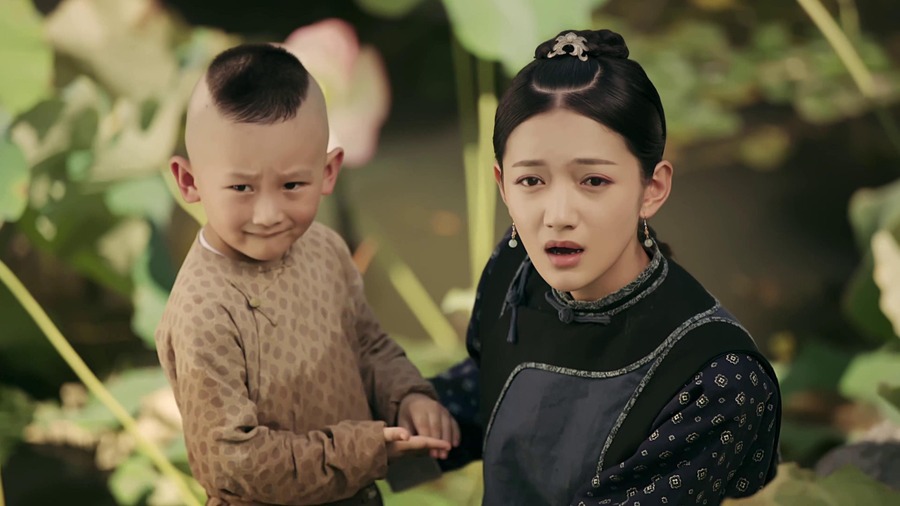 Note: From here on out there are specific plot spoilers for Story of Yanxi Palace Chinese Drama Episodes 7-8.

But someone else points out that the clothes is made by deer tail hair, and thinks she cheated empress with low value stuff. Wei Yingluo explains that the clothes is suitable for empress’s frugality style, and gets empress’s praise. She kneels down telling empress the truth after the party.

Madam Zhang arranges people to make clothes for emperor. Ling Long thinks it’s a good chance, and volunteers. But Wei Lingluo challenges her. Ling Long fears she cannot defeat Wei Lingluo, so she changes their works. Emperor drops tea cup because of works, and finds out his clothes isn’t right. Mr. Wu scolds Ling Long for embroidering by mistake, and sends her into prison. Ling Long says that she changed the clothes with Wei Lingluo, but nobody believes her.

Wei Lingluo goes to see Ling Long, and tells her she made the mistake because of missing Ji Xiang, but Ling Long didn’t check it. Ling Long has to admit that she framed Ji Xiang, but emperor decided to exile her.

Madam Zhang asks Wei Lingluo what she will do if Fu Heng killed her sister, Wei Lingluo says anybody will get the punishment if he hurt her sister. She finds out it’s not easy to see Fu Heng after joining Chang Chun palace. She pretends to drop the jade plate in front of him, but he walks away without any reaction. He asks for the jade plate then, and tells her the details about the jade plate. But Ming Yu sees it, and warns her not to flirt with him.

Wei Lingluo finds out maids ignore her, and realizes Ming Yu badmouthed her. She takes out her sister’s ashes, and suspects Fu Heng was the one who raped her sister. Ming Yu takes away the water Wei Lingluo prepared for empress, and tells empress that Wei Lingluo is lazy. Wei Lingluo reminds Ming Yu to withdraw the flowers since there will be heavy rain. But Ming Yu ignores her words. Empress is satisfied with Wei Lingluo when she covers the flowers at the garden when it’s raining.

Imperial Concubine Xian made a pair of shoes for emperor, but he is still cold to her. Her mother asks her a favor as his brother bribed the minister Er Shan, but Er Shan was arrested. She wants to stay away with it, but her mother asks her to beg emperor, and save her brother.