Qin Chuan goes to steal treasure but she is beaten by the samurai. Fu Jiuyun shows up and saves her on The Killing of Three Thousand Crows (Love of Thousand Years). 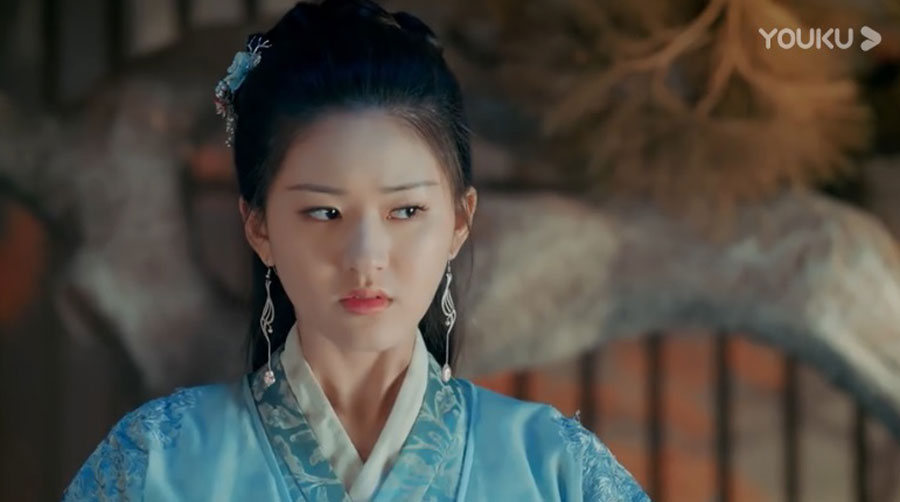 The Killing of Three Thousand Crows: Episode 6 begins with Jiu Yun hugging Qin Chuan when he helps her drink tea. He reminds her not to forget his grace. Xiao Bai shows up and mentions Jiu Yun promises to draw a painting for him. But Jiu Yun is furious to drive Xiao Bai out.

Qing Qing lies on the body of Mountain Chief, and he tells her that the most valuable stuff is the painting on the wall. Jiu Yun thinks Zi Chen is pitiful, and tells Qin Chuan to go to his place. Mei Shan drinks with Jiu Yun, and he thinks Qin Chuan came to the mountain for Jiu Yun. He thinks his disaster will come. Xiao Bai helps her to pack stuff, and she doesn’t know what to do while looking at herself through the water in the pond. Er Meng reminds her that her goal is to kill all of the monsters and take revenge people of Li state.

Qin Chuan sneaks into the back mountain and tries to open the gate of treasure room. But the samurai takes her down and drags her to move. Jiu Yun shows up and makes the samurai not move. He carries her to get in the treasure room when Qing Qing and Mountain Chief arrive.

Qing Qing takes away Qin Chuan’s bottle before Mountain Chief finds it, and she stares at the satchel Jiu Yun and Qin Chuan stay. Mountain Chief reminds Qing Qing to take a look at other treasures he owns, and the two leave. Jiu Yun carries Qin Chuan home, and tells Xiao Bai not to let other people in.

Zi Chen visits with Xuan Zhu, and he asks for a reply of Qin Chuan. He finds out that Qin Chuan is hurt, and asks who did it. Jiu Yun says that he beat his little maid because she wants to go to Zi Chen’s place. Zi Chen is furious to leave and thinks Jiu Yun is hypocritical.

Xiao Bai shows the footage to Jiu Yun and remembers Qin Chuan was the one who hit his head. He wants to arrest her. Jiu Yun stops Xiao Bai and tells him that he has a huge plan to help him take revenge. Qing Qing hears the girls talking about Qin Chuan climbing into Jiu Yun’s bed, and she thinks she isn’t simple.

Qing Qing visits Xuan Zhu and invites her to enjoy the sunset of flower sea. Zi Chen tells Xuan Zhu to leave as he needs to stay alone. Qin Chuan wakes up, and Jiu Yun helps her drink medicine. He asks her to tell people that he got her to pick fruit and he fell off the cliff.

The Killing of Three Thousand Crows ends with Qin Chuan asking Jiu Yun why he helps her conceal her sin. He tells her it’s because she is the little maid he loves most.