“Love of Thousand Years” is a Chinese historical drama on the theme of immortal and monster.

The drama is adapted from top wuxia novel “The Killing of Three Thousand Crows” which is written by Shisi Lang.

Zheng Yecheng and Zhao Lusi are the lead actors.

Zheng Yecheng starred “An Oriental Odyssey” with Janice Wu, and he played a prince who lost his memories and had to be Janice Wu’s servant.

The drama is similar with “Go Go Squid!”, which was starred by Yang Zi and Li Xian.

Zhao Lusi starred “Love Better Than Immortality“. She played a girl who traveled to ancient times and falled for the chief of demon sect. She also acted the role Bei Erduo with Riley Wang (Ye Shuwei) in Chinese drama “I Hear You“. “I Hear You” is on Netflix.

Zhao Lusi also starred The Romance of Tiger and Rose in 2020. 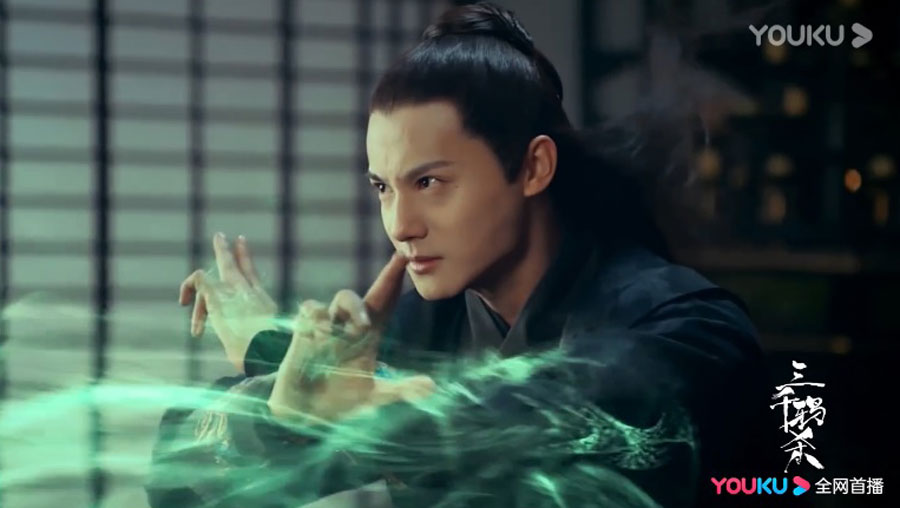 It is the romantic tragedy where a princess swears to kill all of the monsters after his kingdom was ruined by Tianyuan empire. She is told that the holy lamp can help her get rid of monsters, and she runs into a immortal who falls for her.

An immortal of Xiangqu mountain, and he is also the wick of holy lamp.

A maid who always gets bullied, and she dislikes handsome immortal.

A noble princess who cares for her love.

The son of Prime Minister, and his eyes is blinded by his love. But he doesn’t hate her and cares for her.

The princess of Li Nation, and her parents were killed by monsters because of Prime Minister’s betrayal.

The elder prince of Tianyuan empire. He is evil and brutal.

The second prince of Tianyuan empire. He is kind and likes to pretend to be silly.