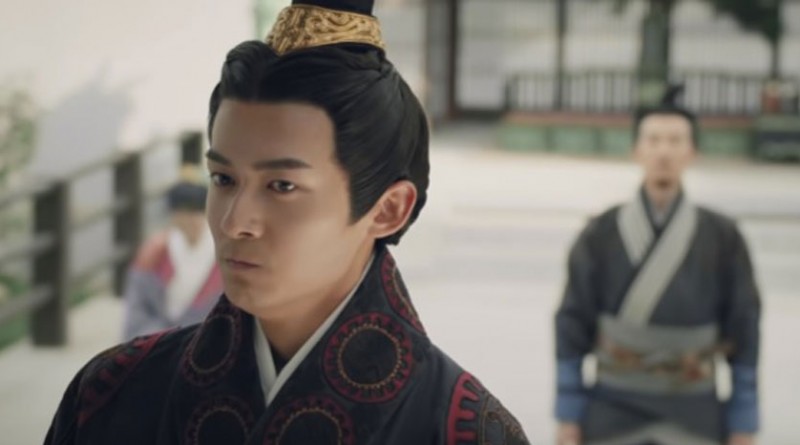 This is the recap for The Legend of Hao Lan Ending: Episode 62. Lv Buwei reminds Hao Lan the words he told her, and wishes her not to regret. Lao Ai thinks Lv Buwei got angry because of him, and feels sorry for getting Hao Lan’s reputation involved. She thinks she never has good reputation. 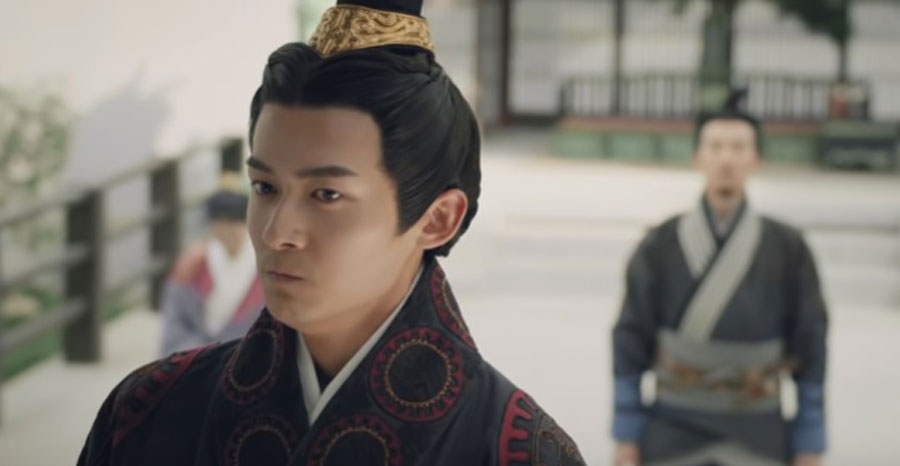 Note: From here on out there are specific plot spoilers for The Legend of Hao Lan Ending: Episode 62.

Lao Ai gives the seeds of peace flower to Hao Lan, and wishes her to feel happy all the time.

Hao Lan scolds Hu Po for moving stuff in her palace. Lao Ai thinks Hao Lan doesn’t live comfortable because the stuff are old. He tells her that the dancing jade statue was broken before he asked people to move it.

Hao Lan is furious to blame Lao Ai for moving the statue, and reveals previous emperor carved it for her.

Lao Ai doesn’t know why Hao Lan wants to keep it since previous king passed away. She reminds him that he is just a courtier, and asks to get the stuff back.

The follower thinks Lao Ai doesn’t have to serve Hao Lan like a slave. Lao Ai rages to put the sword on the follower’s neck, and kicks him.

Huanzhe Ling brings the cold cake to Lai Ai, and reminds him that Hao Lan just used him as a target to go against Lv Buwei.

Huanzhe Ling tells Lao Ai that only he can help him, and he wants Qin state to split. He adds that Lao Ai needs power if he wants to get what he wants.

The man reports to Emperor Qin that Lao Ai is Hao Lan’s love, and the two want to get rid of Emperor Qin.

Emperor Qin tells Wei Liao that there will be a change in Qin kingdom, and the change is in Yong city. Wei Liao tells Emperor Qin not to break the situation as he got the benefits from Lao Ai and Lv Buwei’s fight.

Lao Lai gets on knees to Hao Lan’s palace, and Lady tells Lao Lai that Hao Lan wants him to go back. But he rejects it. She reminds him that he wouldn’t have the status without Hao Lan, and he won’t see Hao Lan if he makes her angry.

Lady tells Hao Lan that Lao Ai was to make her happy to move the stuff of the palace. Hao Lan thinks Lao Ai’s power is too huge as nobody reported her the stuff moved. She thinks it’s threatening and offending.

Hao Lan adds that she treated Lao Ai as relative, but he invaded her life without any trace and arranged her living. She thinks he shouldn’t stay with her.

Lao Ai ruins all of the flowers in the yard, and Lady thinks Hao Lan raised a wolf.

Lv Buwei tells Emperor Qin that he will give Lao Ai’s head to him after his crown ceremony. Emperor Qin gets on knees and gives anything he has to Lv Buwei.

Hao Lan wonders where Hu Po went. The bodyguards show up and tell Hao Lan they were sent by Lao Ai to protect her. Hao Lan claims that she has a headache, and wants to see Doctor Ying.

Lao Ai sees Ying Zheng walking to him. The follower comforts Lao Ai that they will kill Ying Zheng’s bodyguards once he gets in the city.

Ying Zheng takes off his cloak, and he becomes Wei Liao. The crossbowmen begin to shoot the men of Lao Ai. Lv Buwei and Ying Zheng arrive, and Ying Zheng promises to give money to the soldier who kills Lao Ai or catches him.

Lao Ai kidnaps Hao Lan to walk out, and Lv Buwei blames Lao Ai for forgetting Hao Lan’s grace. Lao Ai yells at Hao Lan that she kicked him away like a dog when he offended her.

Lao Ai thinks he is just a tool to balance court in Hao Lan’s mind. Hao Lan points out that Lao Ai has waited for the day to rebel, and thinks he planned with princess Nong Yu to lurk by her side to ruin Qin state.

Hao Lan tells Lao Ai that she gave him power and honor was to give him the chance to make a choice. She asks him if he thinks if killing Ying Zheng can stop the trend of Qin state eating other states up.

Ying Zheng shoots Lao Ai. Lao Ai tells Hao Lan that he didn’t want to kill her, and reveals he promised Nong Yu was to go back by her side.

Ying Zheng rages to keep stabbing Lao Ai, and orders to kill all of the rebels.

Ying Zheng complains that Hao Lan gave him up when he was in the hardest time. But she gave Lao Ai the chance to indulge his ambition. He thinks everything was because of her.

Hao Lan agrees to it and tells Ying Zheng to punish her like what he did on Lao Ai. Wei Liao brings the kids Zi Ying and Zi Qing. Ying Zheng asks Hao Lan how he will treat the two fled thieves, and he orders to kill the two kids.

Hao Lan thinks Ying Zheng is insane, and he asks to lock her up in Fuyang palace. Lv Buwei reminds Ying Zheng that the people will judge him for doing bad thing to his mom. Ying Zheng rages to threaten to cut the person’s feet and hands if he asks for mercy for Hao Lan.

Hao Lan walks away. Lv Buwei reminds Ying Zheng that he cannot block people’s mouths even if he cuts off their feet and hands. He tells him that only his mom loves him most.

Wei Liao puts dagger on Lv Buwei’s neck, and tells him that their goal is him. Lv Buwei thinks Ying Zheng has been Emperor Qin even if he doesn’t take crown ceremony. Ying Zheng yells that nobody can be the emperor of Qin, except him.

The maid reports to Hao Lan that Ying Zheng only sent Lv Buwei to Luo Yang, and she brings the luminous pearl of Lv Buwei.

Lv Buwei sends Mao Jiao to ask for mercy for Hao Lan. Ying Zheng reminds Mao Jiao that there are 27 people has been punished, and asks him if he wants to be the 28th person.

Mao Jiao wants to be the 28th star in the heaven, and reminds Ying Zheng that the six states will attack him once they know that he isn’t a filial person. Ying Zheng laughs and goes to welcome Hao Lan.

Ying Zheng looks for Hao Lan. Wei Liao is on knees and reminds what Ying Zheng promised to Hao Lan. Ying Zheng remembers that he told Hao Lan that he wants to be the only king of the world.

Wei Liao reveals Hao Lan asked him to help Ying Zheng be the top king, and the stuff in the sacks were just dead kid and cat. Ying Zheng puts the sword on Wei Liao’s neck, and blames him for fooling him.

Wei Liao adds that Hao Lan wishes Ying Zheng to return the peaceful world to people. Ying Zheng yells that he doesn’t need a woman to teach him what to do because he is the king of the world.