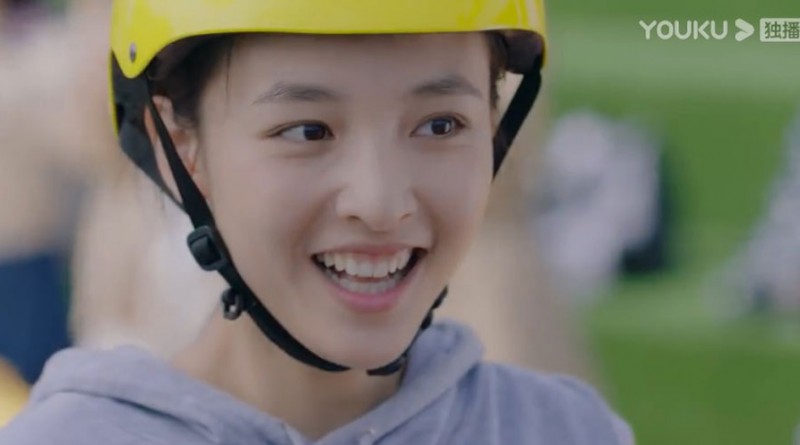 This is the recap for Skate Into Love: Episode 4. Zhou Ran gives the breakfast to Yu Bing, and he asks her why Tang Xue gave up skating. She says that Tang Xue is lack of patience, and asks Yu Bing to teach her skating. But he tells her that she should prepare for getting tripped if she wants to learn skating. 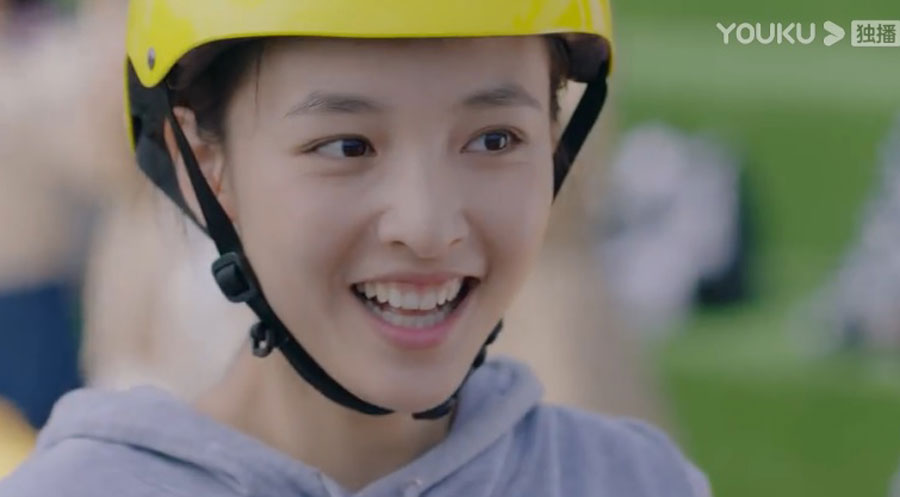 Note: From here on out there are specific plot spoilers for Skate Into Love: Episode 4.

Meng Huan complains that she has to join roller skating club first before joining Tang Xue’s club. Zhen Yu comforts Meng Huan that he will help her. But he cannot move after he wore roller blading shoes.

Meng Huan wonders how Zhen Yu became friend of Tang Xue. He reveals the classmates bullied him but he couldn’t fight back because of his stammer. Tang Xue got the classmates to apologize to Zhen Yu, and her mom cured his stammer.

Zhen Yu adds that he decided to follow Tang Xue from then on, and he wanted to become a doctor to save vulnerable groups. Zhen Yu asks Meng Huan how she became the follower of Tang Xue.

It flashes back. The instructor intends to check the clothes of the students. But Meng Huan doesn’t take belt. Tang Xue gives her belt to Meng Huan, and she is punished to do leapfrog.

Yu Yan chooses a bottle of water, but the seller tells him that they cannot accept cash as the machine is broken. Tang Xue does mobile payment for Yu Yan, and tells him to ask her if he wants to drink coffee.

Yu Yan explains that he is in the period of weight loss. But Tang Xue thinks he wants to keep his pride. She finds out that he is still using nokia phone, and he says that he just ran away from jail.

Tang Xue worries about Yu Yan, and he laughs to admit that he tricked her. She thinks he begins to learn doing bad thing, and he says that it’s because he knows her.

Yu Yan thanks Tang Xue, and she tells him that it’s easy thing as they’re classmates. She asks him to become her follower, and his phone drops on the ground for preventing the ball from hitting her.

Tang Xue finds out that the screen of the phone cracks, but Yu Yan says that it does work. She thinks he cares for other people’s feelings when his family is poor.

Tang Xue thinks Yu Yan’s phone is too old, and holds his hand to run to her dormitory. She gives him the smartphone to him, and thinks he should have a smartphone as a morden person.

Meng Huan is doing roller skating, and two men stop her, saying that she lost her heart. They ask for her contact information, so she calls Zhen Yu. Zhen Yu rushes to the two, but roller skating is hard for him.

Zhen Yu hits the obstacle and he falls down. The man Zha Mao sees that Zhen Yu comes from roller skating club of Lin university. He tells him to let Meng Huan stay if he loses. Meng Huan accepts the challenge.

Zhen Yu shows the injured little finger to Tang Xue, and tells her that Zha Mao wants to challenge roller skating club of Lin university. Because Zhen Yu and Meng Huan are too dumb.

Meng Huan finds out that Zha Mao comes from a brand new club and he got the roller skating reward. Liu Ying thinks Zha Mao wants to promote his club with skating club of Lin university.

Meng Huan regrets for accepting the challenge, and thinks they will lose. Liu Ying tells Tang Xue to ask Yu Bing and Yu Yan to help them. But Tang Xue thinks the two cannot win, and she has ways.

People cheer Zhen Yu up, but he thinks he will lose his reputation. Tang Xue comforts him that he just loses the things he never owns. Zhen Yu feels sorry for bringing the trouble to President.

Tang Xue skates and remembers someone told her to control her body instead of ice skate blade. She wins, and Yu Yan hands over the drink. Yu Ning thinks it was just chicken fight but Tang Xue treated as Olympic Games.

Zha Mao is caught, and people asks him to run naked. But Tang Xue stops Zha Mao and claims that Lin university isn’t the place to bully people. Yu Bing asks Tang Xue why she gave up skating, and she thinks it isn’t his business.