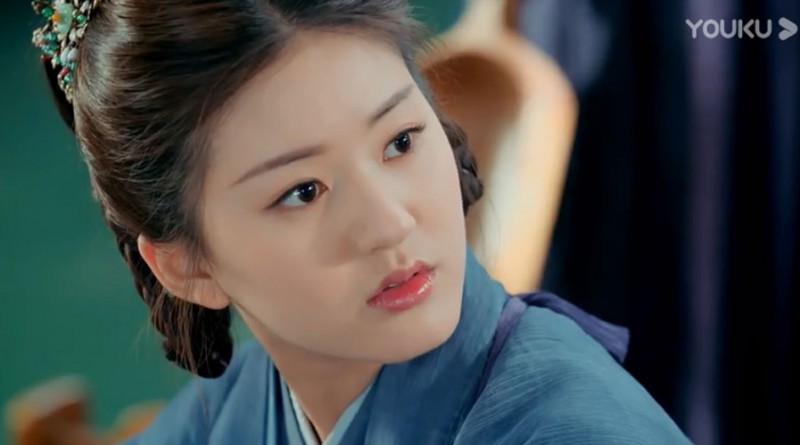 This is the recap for The Killing of Three Thousand Crows (Love of Thousand Years): Episode 3. Mountain Chief tells Jiu Yun that he doesn’t have to watch for him when he absorbs power, and thinks he won’t go insane like his master. Jiu Yun reminds Mountain Chief to be careful as White Dragon will come soon. 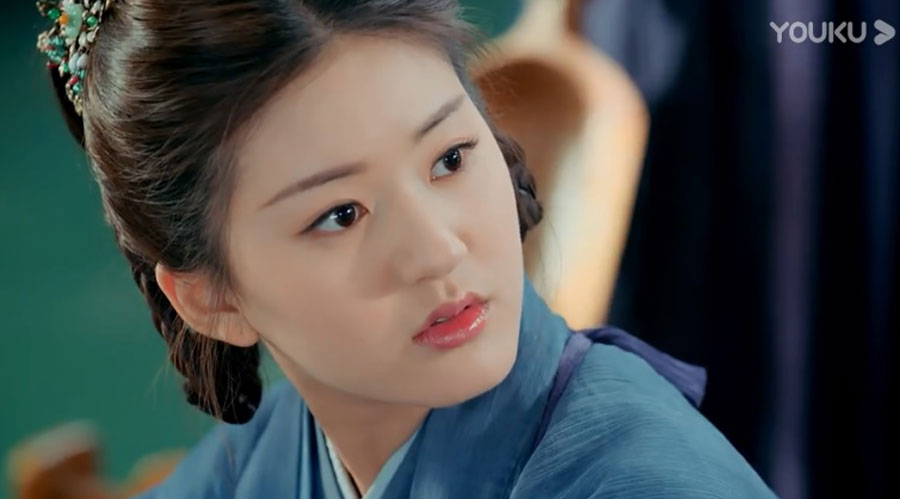 Note: From here on out there are specific plot spoilers for The Killing of Three Thousand Crows: Episode 3.

Mountain Chief thinks Jiu Yun gave him the holy lamp was to seal the stuff inside his body. Jiu Yun says that he has died without the seal of Mountain Chief.

Qin Chuan finds the cave according to the map Master gave him, but she is blocked by the seal. She summons paper cat, and the pet farts to make the seak disappear.

It flashes back. Master gives the name Qin Chuan to Yan Yan, and asks her if she makes the decision. She says yes, and he changes her looks into Qin Chuan’s looks.

Qin Chuan trips, and Jiu Yun catches the chance to hug her from her back. She stabs him with a needle when he tries to kiss her. He says that he will have way to find her, and collapses.

Jiu Yun brings tangerine to Cui Ya, and she tells him that he can kiss her. But Qin Chun stabs Cui Ya with her needle when Jiu Yun wants to kiss Cui Ya.

Cui Ya passes out, and she is taken away. Jiu Yun keeps Qin Chuan and wants to check her bag. She says that it’s just two silvers, and he finds out that she didn’t lie.

Qin Chuan pours the osmanthus oil on her hair, and Cui Ya thinks Qin Chuan is insane as the masters dislike the smell. Cui Ya heard that Qin Chuan is close to Jiu Yun. Qin Chuan denies and thinks she will be far away from Jiu Yun soon.

Qin Chuan runs to greet Jiu Yun, and leans her head to let him smell the fragrance. He wears a flower on her hair, and she tells him that she has a lover named Dou Dou.

Er Meng shows up and tells Jiu Yun that his name isn’t Dou Dou. Er Meng is happy because Qin Chuan is public of their relationship, and he runs away.

Jiu Yun returns the needle to Qin Chuan. She gets on knees and explains that she did it just for her chastity. Jiu Yun realizes that Qin Chuan really loves Dou Dou, and tells her that she cannot be beauty even if she applies many osmanthus oil.

Qin Chuan walks in the forbidden place, and approaches the mirror. The maid shows up and tells Qin Chuan that she comes from Ningbi palace and gets lost. But Qin Chuan sees the maid’s real looks through the mirror, and knows she is a hippocampus spirit.

Qin Chuan treats the maid to break the mirror, but kills her then.

Qin Chuan denies. Jiu Yun says that the vine only tangles the person who is with bad intent, and it contains the fragrance of osmanthus oil. Qin Chuan refuses to confess. Jiu Yun takes out the paper, and points out that Qin Chuan can use paper art. She takes off her clothes, and the papers drop. She asks if she cannot have the hobby of paper folding.

Jiu Yun intends to kiss Qin Chuan, and she puts the dagger on her neck, saying that she only loves Dou Dou. He tells her to take her life, and she cannot stab herself. Jiu Yun wonders what he did wrong to watch Qin Chuan’s bad acting.

Jiu Yun puts the pieces of mirror into the bathtub, and it turns into a handsome man.

Qin Chuan is pollarding, and Jiu Yun reminds her many people are watching her. She complains that he doesn’t go to kill monster but enjoys the praising from people.

Jiu Yun catches Qin Chuan and thinks he should watch on her. She asks him if he likes to hug people, and he makes her fall to the snowfield.

Qin Chuan tells Jiu Yun that the mirror was given by her mom, but he doesn’t believe it. Er Meng shows up and mentions that the husband and wife should sleep together.

Jiu Yun gives the ointment to Qin Chuan for the injury on her face. She sees a tortoise drawing on the note, and swears not to apply the ointment, even if her face will be rotten.