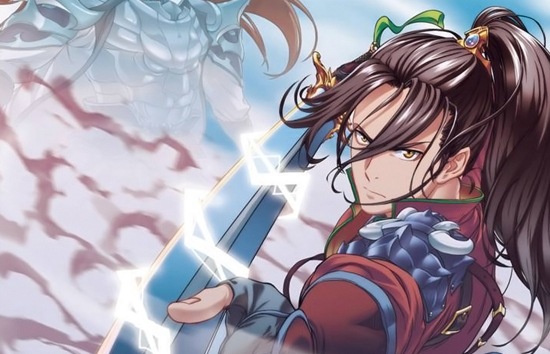 Ye Yun takes a breathing and falls back. His training are basic styles and normal strikes. His talent is outstanding in all of rookie student, one degree per year, getting third level of lianti realm – xisui realm. Maybe that is why Liu daolie is jealous of him.

Lianti realm is divided 7 levels. The first floor is liangu, which practices bone, meat, vein and skin; The second floor is huanxue, which gathers and extracts body’s bloods removing impurity substance; the third floor is xisui, which helps to get pure bloods and enhance strength; the fourth floor is lianzang, which trains heart, liver, spleen and kidney; the fifth is neixi, which produces inner breathing to absorb qi from sky and the earth; the sixth is tongqiao, which open acupoints; the seventh is wuqi, which accumulates qi and tranfers it into true qi.

As each floor’s strength is very difference, and Liu Daolie’s talent is normal, he only got the fourth, but he can easily defeat Ye Yun.

One ice crystal snow snake is the power of the third floor, Ye Yun has a chance to win, but there are two. One is male another is female. Ye Yun tries to glance the exit, but it’s too dark and invisible.

“What can I do?” Ye Yun looks at snakes and is cold.

It seems like the big snake gets Ye Yun’s strength details and moves towards him.

Ye Yun doesn’t dare to retreat because he knows the snake will bite him if he retreats. The snake is away 5 meters from him. He takes a deep breath and thinks about how to escape from them. He regrets entering the second floor which is tough for rookie student.

While he move back, the snake jumps and attacks him. He stabs him with a knife. He flares his rape with oppression in the past 3 years. But, the snake’s skin is too tough so that he didn’t get any injure.