This is the Recap & Ending for Netflix K-Drama The Penthouse Season 3: Episode 1. Dan-Tae has a nightmare that he died in the pool from The Penthouse. He wakes up by the insect who climbs on his face. He kills the insect and complains to the prisoner that he cannot live in the bad cell. 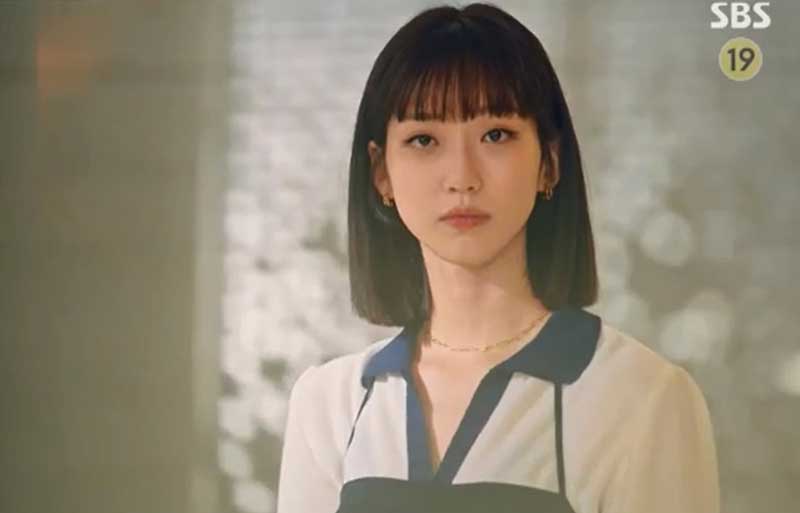 Note: From here on out there are specific plot spoilers for Netflix K-Drama The Penthouse Season 3: Episode 1.

The prisoner tells Dan-Tae that he can move to The Penthouse Cell if he gives some money to the prison officer. Kyu-Jin refuses to wash the dishes and tells the prisoners that he’s a lawyer. But they don’t listen to what he said. They tell him that they will kill him if he doesn’t wash all of the dishes.

Kyu-Jin wants to vomit after he sees the dishes in the bathroom. He walks to the toilet and tries to vomit. But he sees Sang-A in the water and gets a flying kiss from her. He’s moved to put his hands into the toilet. She disappears. He confesses his feelings to her but he puts his hands into his mouth.

Sang-A thinks of Kyu-Jin as well when he washes the clothes. Ma-Ri volunteers to massage for the cell boss. She gets a snack from her. Ma-Ri tempts Sang-A with the snack and she doesn’t give the snack to her. She notes that Seo-Jin in the cell. She’s told that Seo-Jin went to see her lawyer and took away all of the visiting chances from them.

Ma-Ri thinks Sang-A remains the low position even if she’s in the prison. Sang-A is furious to take off her gloves and tries to beat Ma-Ri. But Ma-Ri walks aside and makes Sang-A trip. She mentions her in-laws don’t like her, and tells her to work hard on the laundry. Sang-A cries.

Seo-Jin sings the song when she takes care of her face. She throws a fit to the lawyer after knowing Su-Ryeon wants to buy her company. Su-Ryeon meets with Seo-Jin’s families. She signs the contract to buy Seo-Jin’s company. Seo-Young wonders why Su-Ryeon has to do that because she won’t get any benefit from it. Su-Ryeon hands over the contract to Ok-Gyo. She tells her to sign it. Ok-Gyo needs some time to think about it.

Seok-Kyung meets with Su-Ryeon at the restaurant. She tells her that she’s going to get into the music school. She wants to prepare for it. But Su-Ryeon tells Seok-Kyung not to go to study music. Because she thinks she was forced by Dan-Tae.

Ro-Na walks into the restroom and tries to return the money to Su-Ryeon. Because she can earn money now. But Su-Ryeon refuses to accept the money because she thinks Yoon-Hee will be happy if Ro-Na can get into the music school. She tells her not to feel guilty for what her mom did. She thinks she will be an outstanding singer. She notes that she doesn’t wear any scarf. So she wears her scarf on her.

Su-Ryeon takes Ro-Na to leave the restroom. Seok-Kyung shows up and glares at them. Seok-Hoon wakes up from the cell in the evening. He goes to the bathroom and sharps the toothbrush with the brick. He swears to take Dan-Tae’s life.

Dan-Tae gives the money to the prison officer and thinks he will move to The Penthouse cell. But he sees Kyu-Jin after he walked into the cell. Yoon-Cheol kicks Dan-Tae and makes him get on knees to Chi-Soon. Dan-Tae thinks the cell belongs to him because he spent a lot of money on it. But Chi-Soon beats Dan-Tae and tells him that he’s his leader.

Seo-Jin is questioned by the doctor. The prison officer tells the doctor that Seo-Jin is insane. Seo-Jin is furious to throw away the papers from the table. She’s startled to squat down after other prison officers broke into the medical room. She cries.

Su-Ryeon runs into the old man. She tries to walk to the car. But the car explodes and the flowers in her hand drop. She cries. Su-Ryeon wakes up from the hypnotizing. She tells the doctor that she heard the weird sound. She meets with Logan Lee’s follower and asks him why Logan Lee wanted to see her. He reveals Logan Lee appointed Joon-Ki. He adds that Joon-Ki knows the secrets of Dan-Tae.

Joon-Ki drinks wine at the bar. He takes a look at Su-Ryeon’s photos on the table. Su-Ryeon returns home. She sees Logan Lee’s white suit in the living room. She mistakes that her lover came back. But Dan-Tae shows up behind her and walks to her.

Seok-Hoon comes back with his friends. He wonders how Dan-Tae left the prison. Dan-Tae tells Su-Ryeon that he wants to greet his son and daughter. But she grabs his collar and tells him not to be close to her children. But he tells her that he will take back the children. He walks away.

Seok-Hoon yells at Seok-Kyung. He follows Ro-Na after she left the house. Seok-Kyung gets angry because her brother always cares for her enemy. She finds the two’s applications. She learns that they want to leave South Korea. Su-Ryeon holds the wine to walk to the window. She tries to figure out who killed Logan Lee.

Seo-Jin gets released. She dances after she left the court. But Yoon-Hee and Su-Ryeon kidnap Seo-Jin. They take her to the cliff. Su-Ryeon pushes Seo-Jin off the cliff because she thinks he took Logan Lee’s life. Seo-Jin falls into the water.